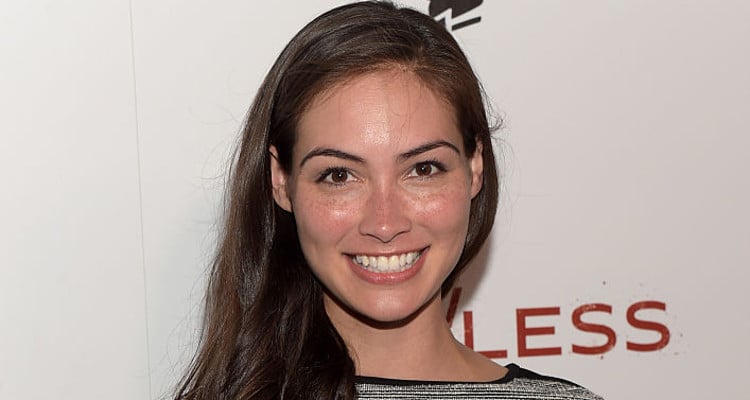 Who is Caitlin McHugh?

Caitlin McHugh’s age is 31. She is an actress who is best known for her recurring role as Sloan in The Vampire Diaries.

McHugh graduated from Flintridge Sacred Heart Academy in La Cañada Flintridge, California in 2004. She appeared in movies and TV shows such as I Am Legend, Switched at Birth, Rescue Me,  Castle, Law & Order: Special Victims Unit, and Kings.

Besides acting, she has a passion for music. If you take a look at Caitlin McHugh’s Instagram, you will see that the 31-year-old regularly posts snippets of herself playing the ukulele. In one video, she performed “Someone to Lava,” from the short film first released with Inside Out.

McHugh is definitely one multi-talented lady! Besides having a knack for acting and singing, she also models. She posed for several bridal magazines and makeup lines.

She’s Obsessed with Dogs and Disney

McHugh loves her dog, Lilo, who accompanies her on several trips, as made clear by her pictures on social media. She also strongly advocates pet adoption and served as a foster parent for puppies.

As for her love of Disney? Who does not love the happiest place on earth? Like most of us, McHugh is a big fan of Disneyland! In fact, she shares her love for all things Disney by dressing up as princesses for photoshoots, and flooding her Instagram page with pictures at Disneyland. Taking a look at Caitlin McHugh’s pics, it is also clear that she is a big fan of Star Wars, too!

She even once camped out for a Star Wars concert at San Diego Comic-Con, and went to Wonder Con, where she was very excited to meet R2-D2.

John Stamos and Caitlin McHugh tied the knot on Saturday afternoon at the Little Brown Church in Studio City in California, according to People. The reception was held at Stamos’ home in Beverly Hills, where the couple had a live band play. Stamos wore a black tux, while McHugh wore a strapless, white gown.

“They exchanged wows in front of family and close friends. It was a very touching ceremony. There were tears, but mostly smiles. John and Caitlyn looked very happy,” a source told People.

Unfortunately, the weekend wasn’t without its problems: The couple were robbed! According to police, the Beverly Hills Hotel room that belonged to the couple was missing $165,000 worth of jewlery, on Friday. Luckily the newlyweds weren’t in the hotel room at the time.

Stamos and McHugh met on an episode of Law & Order: SVU but didn’t start dating until much later.

“I played a guy who was so egotistical that he thought he should spread his progeny, so he had like 60 kids or something. He was poking holes in condoms and stuff. And Caitlin, ironically, was one of the girls that I was trying to fool and have a baby with,” Stamos explained.

“That was a long time ago. She was in another relationship. And we just met back up again. Her roommate was on an episode of Fuller House, and so she was in the audience. I walked in, I went, ‘Hey, are you stalking me?’ She was like, ‘No…’ That’s why I love her. She’s like, ‘What? No. I haven’t thought of you twice.’”

(Gotta love a girl who tells it like it is.)

The couple are also expecting their first child together and we wish them the very best!