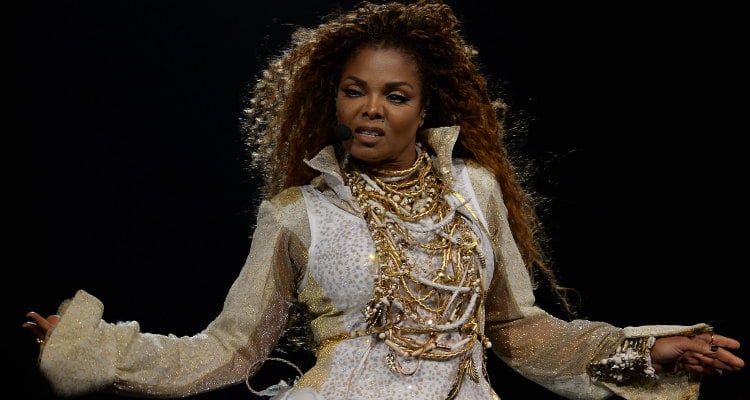 She was born as Janet Damita Jo Jackson on May 16, 1966 in Gary, Indiana. Her parents are Katherine Esther and Joseph Walter Jackson. She is the youngest child in her family. Initially, Janet wanted to become a horse racing jockey or an entertainment lawyer by supporting herself financially with the help of acting.

Janet has acted in several television shows, including The Jacksons, Good Times, A New Kind of Family, Diff’rent Strokes, Fame, Poetic Justice, Nutty Professor II: The Klumps, Why Did I get Married?, Why Did I Get Married Too?, and For Colored Girls. Janet has also released several hit albums, including Janet Jackson, Dream Street, Control, Janet Jackson’s Rhythm Nation 1814, The Velvet Rope, All for You, 20 Y.O., Discipline and Unbreakable.

Janet was married twice before tying the knot with Wissam Al Mana. She ran away with singer James DeBarge in 1984, but had her marriage annulled shortly after. She was married to her second husband, René Elizondo, in 1991 but later got divorced in 2000. Janet Jackson then got married to her third husband, Wissam Al Mana in 2012. The pair married secretly and later announced it to the world in 2013. She said, “The rumors regarding an extravagant wedding are simply not true. Last year we were married in a quiet, private, and beautiful ceremony. Our wedding gifts to one another were contributions to our respective favorite children’s charities. We would appreciate that our privacy is respected and that we are allowed this time for celebration and joy. With love, Wissam and Janet.”

If you are wondering things like, “Does Janet Jackson have children?” or “How many kids does Janet Jackson have?”, then you should know that this will be her first child! The news about her pregnancy came out right before Janet Jackson’s birthday on May 16. Initially, she did not want to have kids due to her growing career, stating, “Yes, at some point. I’d like to [have children]. But my view is that if it’s God’s plan for me to have children then it’s going to happen. I’m not panicking. It would be very, very sweet if I did have children. The icing on the cake. And I like sweet things. But it doesn’t feel essential.”

Janet Jackson is pregnant with her first child and according to a statement from Jackson herself, that is the reason why she canceled her Unbreakable Tour, as her doctors have advised her rest. She told her fans, “We’re in the second leg of the tour and there actually has been a sudden change. I thought it was important that you would be the first to know, my husband and I are planning our family, so I’m going to have to delay the tour. Please, if you can try to understand that it’s important that I do this now. I have to rest up, doctor’s orders. But I have not forgotten about you. I will continue to tour as soon as I possibly can.”