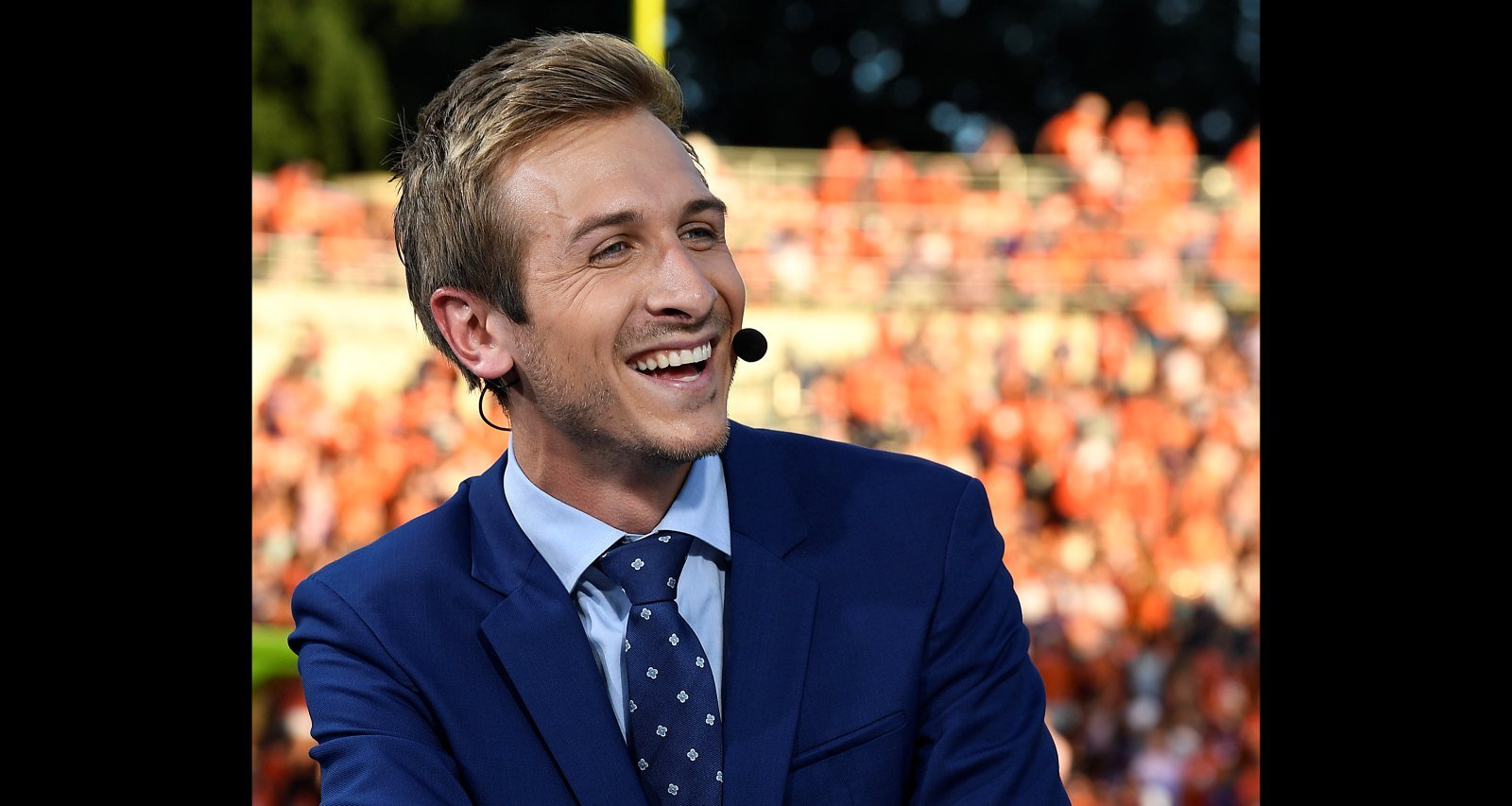 Jac Collinsworth followed the family legacy of football and sportscasting, and is excelling at it. The son of former NFL wide receiver Cris Collinsworth has made the move from ESPN to NBC Sports, where Cris is an analyst. Jac isn’t just riding on his father’s coattails. He has the talent and skill to back up his work, which began when he was a student. This Jac Collinsworth wiki will reveal how the Collinsworth scion is blazing his own path.

Born John Collinsworth on February 13, 1995, he is the youngest of four kids born to Cris Collinsworth and Holly Bankemper. Jac Collinsworth grew up in Fort Thomas, Kentucky alongside his brother, Austin (born 1991), and sisters Katie (born 1990) and Ashley (born 1993).

The Collinsworth siblings’ father is, of course, the former NFL pro-turned-Emmy-winning sportscaster, Cris Collinsworth. He played eight seasons with the Cincinnati Bengals in the ‘80s before moving to sportscasting on NBC. Their mother, Holly, is an attorney.

A love for football and sportscasting runs in the family. The eldest of Cris’ kids, Katie, works for the Golf Channel and is the mother of two kids. Older brother Austin played football at Notre Dame and his other sister Ashley was a track and field athlete at Harvard.

Jac Collinsworth graduated from Highlands High School in Fort Thomas in 2013. He played both basketball and football there and was also part of the school broadcast club.

A back injury in high school would shift his focus to the broadcast scene. The school had state-of-the-art broadcast facilities, and Collinsworth initially enjoyed producing, editing, and filming behind the scenes.

When Collinsworth and other students were made to do on-camera work one day, he was extremely reluctant. But his first attempt proved successful.

“That was the first time I got the ‘I want to throw up feeling’ in this business. And it was nice to get it out of the way in high school. That’s a unique opportunity. For most people, it doesn’t happen until much later in life,” recalled Collinsworth.

He was getting attention from some football programs ahead of graduation, but decided to enroll at the University of Notre Dame in Indiana. He graduated from Notre Dame in 2018 with a degree in Film, Television, and Theatre.

Following his father’s footsteps to the broadcasting booth was a natural thing for Collinsworth, who had caught the sportscasting bug when he was a student-athlete. His career began before he graduated with an internship for NBC Sports, where he covered Notre Dame football from 2013 to 2017.

One of his earliest accomplishments was serving as NBC Sports’ first social media correspondent during the 2016 Rio Olympics. And he was already getting on-camera experience at ESPN.

A few months before his graduation, Collinsworth bagged the job as a features reporter on ESPN’s Sunday NFL Countdown. He also took turns hosting NFL Live while co-hosting radio shows.

He continued at ESPN after his 2017 graduation, covering the NFL seasons from 2017 to 2019. He interviewed top NFL players and later hosted ACC Network’s The Huddle.

Although he was a rising star at ESPN, Collinsworth couldn’t pass up the opportunity from NBC Sports to cover the Olympics again. Collinsworth left ESPN to join his dad at NBC Sports in March 2020.

He hosts the digital series, Distanced Training: Ready to Get Back in the Game, which reveals athletes’ personal training regimes. As the Olympics have been postponed to next year, Jac Collinsworth is set to cover the games in Tokyo in 2021.