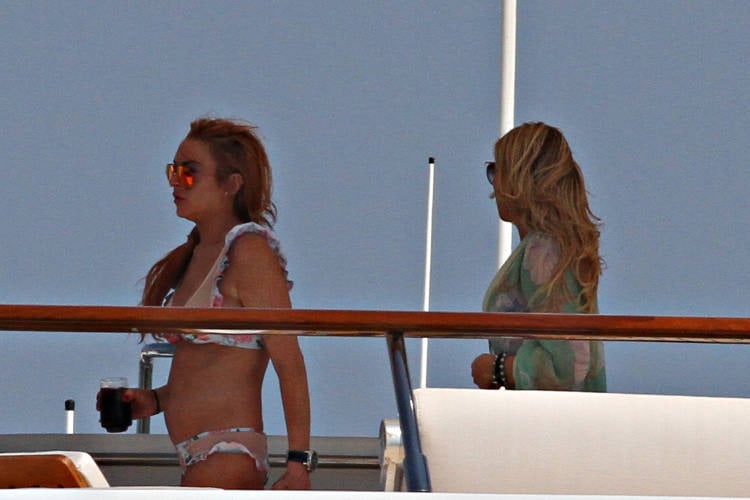 Lindsay Lohan seemed to be staying out of the news lately, reportedly having the time of her life with her 23-year-old boyfriend, Egor Tarabasov. However, her father claims that Lindsay Lohan is pregnant, and that she broke the news to him over a text message. This brings us to the question; is Lindsay Lohan really pregnant? And wait…didn’t she call it quits with Tarabasov after his supposed violent behavior?

Lindsay’s father, Michael Lohan confirmed the news by saying, “She texted it to me and told me… I don’t know how far along she is.” The news broke when the 30-year-old Just My Luck star was snapped smoking a cigarette on board a yacht on Wednesday. 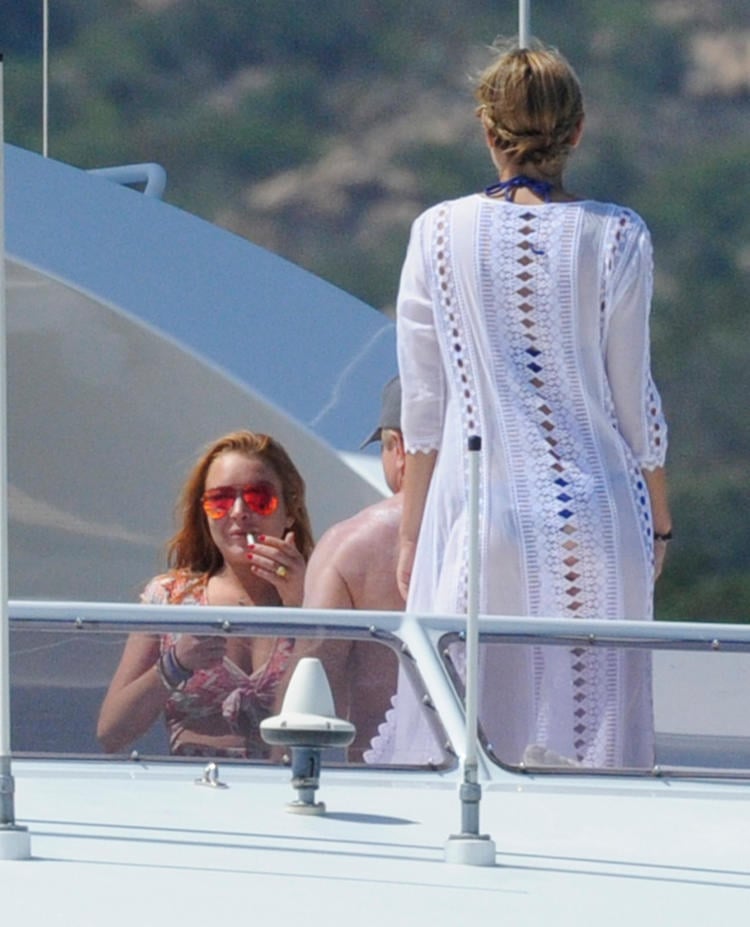 Sources claim that she may be lying about the whole pregnancy because she wants her ex-fiance Egor Tarabasov back. However, her father has a different opinion on this matter; he said, “She tells me she is and I have no reason not to believe her … I was a little bit taken aback, but it was to be expected. She’s 30 years old. She wants to have babies. She loves kids. She’s had relationships with people in the past who have children and she’s very close to them. She’s got a very maternal instinct.”

Rumors were floating around about her pregnancy when she tweeted an image of herself wearing a fake baby bump from her 2009 movie Labor Pains. She wrote, “Lindsay Lohan labour pains trailer – I am pregnant!!” 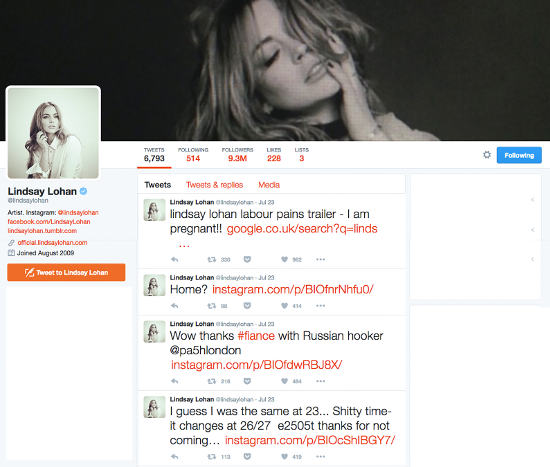 But Lindsay Lohan 2016 news had left us all baffled when she was seen smoking by the paparazzi. If she is pregnant (which her father claims she is) then smoking probably isn’t the best idea, Lilo! The news came after last weekend when she broke up with her ex-fiance by stating he cheated on her with some hooker. That, and the fact that she claims he tried to strangle her. Not the way you want to bring a child in to this world!

#onwednesdayswewearpink #butterflyball2016 @clairelcaudwell and @johncaudwell thank you for including us to support all of the work you do for children bless you ????????????????????????

Lindsay Lohan and boyfriend Egor Tarabasov started dating last year and recently got engaged. Egor Tarabasov is a 23-year-old real estate business man with a net worth of $2.5 million. Last week, Lindsay was seen on video screaming at the top her lungs and asking people for help, claiming that her ex-fiance tried to strangle her.

She was seen standing on the balcony and crying hysterically as her ex-fiance tried to calm her down. Onlookers even recorded a video of Lindsay screaming for help after her fiance tried to kill her. Lindsay claims that Egor has temper issues and she would like him to go for therapy. Her ex-fiance has moved out of her apartment, and we are not sure whether he is aware of the news of her pregnancy.

Upon questioning her father about her pregnancy and asking why she was smoking, her father said, “Well, people smoke when they’re pregnant. People drink when they’re pregnant. Lindsay doesn’t drink … I’m very proud of her because through this whole thing most people might have relapsed. They might have had a drink or taken pills or something. She stayed clean and sober through this whole situation.”

This news has certainly shocked her father, and he feels it is her decision to do whatever she wants to do. He wants her ex-fiance to get his act together and support Lindsay’s decision about her pregnancy. After all, Lindsay is going through a very hard time right now. She recently posted a picture on Instagram informing her fans of how she is working on herself and that she is just fine.

Dear friends. I’m good and well. #ATM I am taking time for myself with good friends. I am sorry that I’ve exposed certain private matters recently. I was acting out of fear and sadness… We all make mistakes. Sadly mine have always been so public. I have done a lot of soul searching in the past years, and I should have been more clear minded rather than distract from the good heart that I have. Social media comes with the territory of the business and the world we now live in. My intentions were not meant to send mixed messages. Maybe things can be fixed… Maybe not.. I hope they can. But I am 30 years old and I do deserve a #GENTLEgiant Life is about love and light. Not anger ???????? Thank you to those who stand by my side

Lindsay has had her fair share of relationships. Her dating timeline comes as no surprise, as she has dated many Hollywood A-listers. But she was closest to Egor and wants things to work out with him, especially now after she claims that she is pregnant. 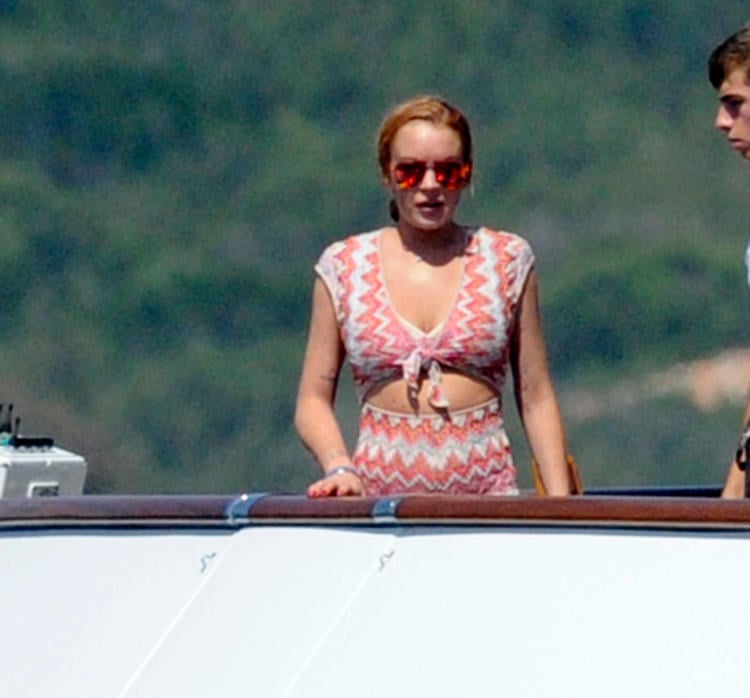 What do you think about the situation? Do you think Lindsay Lohan is really pregnant? Let us know your opinion in the comments section below.