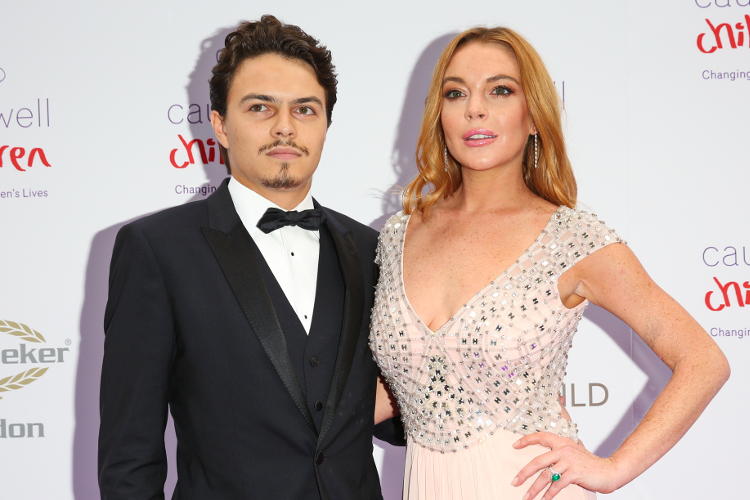 Lindsay Lohan has become a household name, more for her tumultuous private life rather than her acting prowess. The talented actress is in the news again, after laying low for quite some time. Just when it seemed that the 30-year-old starlet had got her life back on track (after numerous run-ins with the law over the last few years), a video of her has surfaced on the internet. In the video, Lohan is seen screaming for help after her fiance, Russian heir Egor Tarabasov, allegedly tried to kill her. For curious fans of the actress Googling terms like, “Lindsay Lohan fiance tried to strangle her,” “Egor Tarabasov,” “Lindsay Lohan gets in a fight with fiance Egor Tarabasov,” don’t go anywhere else, because we will give you all the juicy details of Lindsay Lohan’s latest meltdown.

The Mean Girls star currently resides in Knightsbridge, London in a $4 million apartment which she shares with her 22-year-old fiance. The police came barging into her flat after she was spotted on the balcony, pleading with her neighbors for help. She was shouting that Tarabasov tried to strangle her and almost killed her. Yikes!

Check out the shocking video of Lindsay Lohan screaming for help from her balcony here:

The disturbed star begged to anyone who was listening, “Please please please. He just strangled me. He almost killed me. Everybody will know. Get out of my house.” Lohan was standing with Tarabasov shouting at him, “Do it. I dare you again. You’re f**king crazy. You sick f**k. You need help. It’s my house, get out of my house. I’m done. I don’t love you anymore. You tried to kill me. You’re a f**king psycho. We are finished. No Egor you’ve been strangling me constantly. You can’t strangle a woman constantly and beat the shit out of her and think it’s ok. Everybody saw you touch me. It’s filmed. Get out! Get out.” Ouch!

After worried neighbors complained, Police rushed to the scene and broke down her front door. However, they found the entire apartment empty. Since no crime was committed, no immediate arrests were made. Less than 24 hours after the commotion, Lohan was photographed leaving her home dressed in a white jacket and high heels.

Here are the lovebirds in happier times.

The power couple had been dating for seven months, and recently got engaged. The rumor mills started churning, that all was not well with the 30-year-old star, and the 22-year-old Russian entrepreneur, when Lohan recently sent out some cryptic personal tweets, alleging that the millionaire was cheating on her, by sleeping with Russian prostitutes. Sources claim that their relationship is violent at times, and the lovers have also had several public spats.

In the latest news, Lohan posted a photo on Instagram, requesting the media and fans for privacy while she dealt with her personal problems. She captioned it, “I would appreciate if these speculations regarding my personal life would respectfully come to a halt. Unfortunately, a private matter has become more public than I can control and I would be extremely grateful if my fiancé and myself could discuss our personal matters on our own. There are more important things going on in the world than our relationship. Please leave us be to solve our personal matters.”

After the unfortunate incident, Lohan was seen heading to London’s Heathrow airport. She was spotted alone, and without her enormous emerald engagement ring. Perhaps she needed to skip town to deal with her personal problems. We can’t say we blame her!