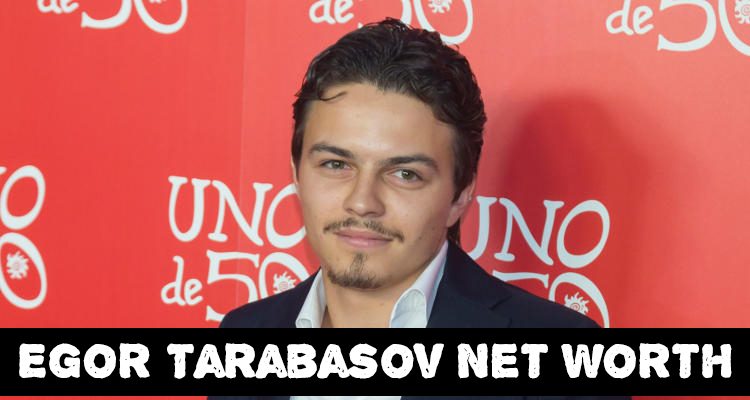 22-year-old Egor Tarabasov is Lindsay Lohan’s fiance. Egor Tarabasov‘s net worth is estimated to be around $2.5 million. So if you are wondering how much is Egor Tarabasov’s worth, or want to know more about this Russian Billionaire’s business, then you have come to the right place indeed!

Also Read: Watch the Video of Lindsay Lohan Screaming for Help After Her Fiance Tried to Kill Her!

Egor Tarabasov is famous actress and socialite Lindsay Lohan’s fiance. He is a real estate entrepreneur, who is from Moscow, Russia. So, it comes as no surprise that Egor Tarabasov’s net worth is so much, considering his young age. Currently, he resides in London and is the owner of a real estate company. He completed his graduation from the Cass Business School. His father Dmitry Tarabasov is a business person and owns many companies in Russia.

He followed his father’s footsteps and started his own business company known as Home House Estates, that has indeed made this man filthy rich. An heir to his father’s multimillionaire-dollar empire, Egor Tarasbasov is also a young entrepreneur who’s doing amazingly well with his company in London. He has started his own real estate agency called the Home House Estates, which is headquartered in London and deals with property management, residential sales and lettings, professional valuations, and corporate licensing in and around the U.K.

Recently, apart from his achievements at such a young age, Egor has been in the limelight for other reasons too. As we all know, Egor is Lindsay’s fiance; the couple met each other with the help of their mutual friends at a party. They have been together for eight months and made their relationship official by getting engaged in April 2016.

However, there seems to be trouble brewing up in their relationship. On an early Saturday morning, Lindsay cried for help claiming that her 22-year-old fiance tried to strangle her. She suffered an emotional breakdown in the balcony of her apartment after she claimed that Egor tried to strangle her. Neighbors recorded the entire incident where she was seen screaming at her fiance.

She was also heard shouting to Egor – who was also near the balcony: “I’m done. I don’t love you anymore. You tried to kill me. You’re a f*****g psycho” before adding ‘’We are finished.’’

Well, after the entire incident things seem better between the pair as she tweeted that they are working on their relationship. Well, we just hope that everything goes well with their personal as well as professional life.