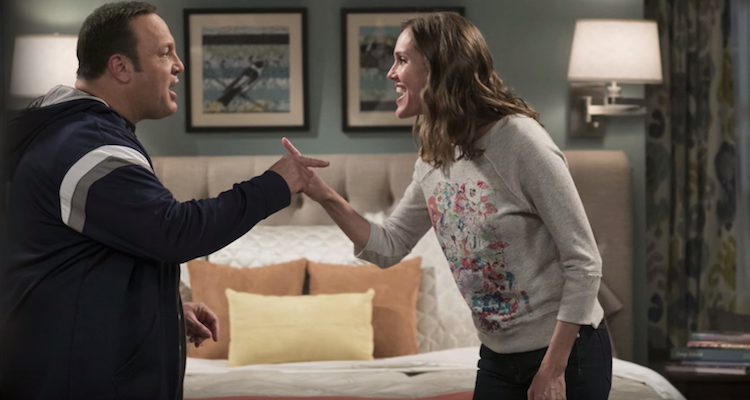 It’s true; Kevin Can Wait’s wife from season 1 is leaving. The actress thanked her fans via Twitter, confirming the news.

“True, I’ve been let go from the show,” Erinn Hayes wrote. “Very sad, I had a great experience season 1. Thank you for all the support from our wonderful fans.”

Hayes played Kevin Gable’s wife Donna Gable, a school nurse. By the end of the season, Donna never got her promotion and decided to quit, which left both Kevin and his wife unemployed.

Kevin Can Wait Wife Killed Off

In the show’s sophomore, Kevin Can Wait’s wife dies and Kevin will be seen as a widower caring for his three children. Donna’s death “will be addressed tastefully” and “with dignity and respect,” according to CBS president Kelly Kahl.

“The goal was to give Kevin’s character a real drive and a real predicament [involving] how a family comes back together [after tragedy],” said show producer Rob Long. “Also, out of respect for the character of Donna — and certainly the way that Erinn Hayes portrayed her — it seemed like the only right and fair way to treat her character.”

Why did Kevin Can Wait’s wife get fired? According to Long, the choice was made for creative and personal reasons, but now fans can get the King of Queens reunion they have all been waiting for!

Leah Remini guest-starred on Kevin Can Wait as Kevin’s rival cop partner, Vanessa Celluci, in an undercover operation that required them to act as a married couple. The network said her appearances “were a stunt not a try out.”

“But there was just an undeniable spark there,” Long said, “and I think Kevin, the studios, and the network all got together and wanted to keep that magic and chemistry going forward.”

“This is something that’s never happened on TV before, so it’s definitely unusual. It’ll be interesting to see how viewers react to the reunion of the two King of Queens leads. Here at TCA [Television Critics Association], the reaction was certainly one of surprise, and these are seasoned TV critics.”