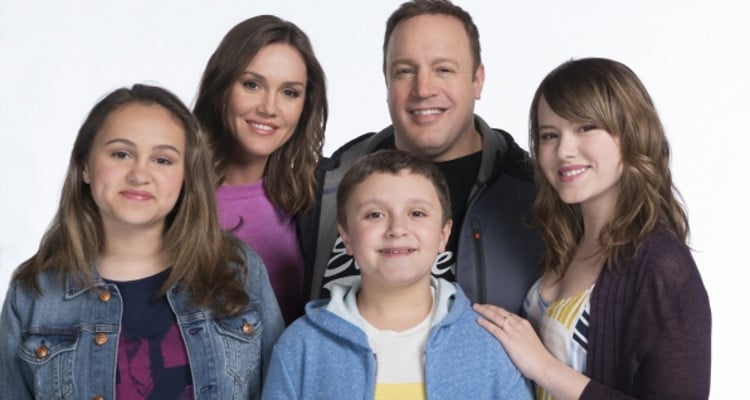 Kevin James returns to television with the latest CBS sitcom, Kevin Can Wait. This is his second starring role on CBS, after the successful sitcom, The King of Queens, which ran for nine consecutive seasons. Kevin Can Wait premiered Monday at 8:30 p.m. EST on CBS. It airs every Monday in the 8:30 p.m. time slot. Those who are looking forward to Kevin James’ comeback sitcom are probably curious about the new comedy family that will engage us every Monday night. You’ll find  more about the cast of Kevin Can Wait below.

The WAIT is over! The king of comedy @kevinjames is back in #KevinCanWait at 8:30/7:30 tonight on CBS! pic.twitter.com/JRxtbn1ZlY

What is The Show About

Kevin Can Wait centers around Kevin James, a retired police officer hoping to spend some quality time with his family and lay back for once in his life, only to realize his family is tougher than any case a cop can handle! His elder daughter moves in with her fiance, his wife expects him to now help around the house and has a big secret, and his youngest children are having problems of their own. Looks like Kevin’s retirement plans will have to be on hold for now. Here’s a look at the cast of this new sitcom.

After major movie successes with Paul Blart: Mall Cop and Grown Ups, Kevin James returns to the small screen. His popular television stints include The King of Queens and Everybody Loves Raymond. He plays retired policeman, Kevin Gable, whose relaxation plans are ruined because he has to deal with family drama all at once. His wife Donna, played by Erinn Hayes, is going to help him, but for a price. Now that her husband is retired, the hardworking nurse and mother expects more help around the house. Taylor Spreitler from Melissa and Joey is now acting as Kevin’s eldest daughter, Kendra who was about to drop her education in order to support her fiance’s dream of launching his own app and making millions. To keep his daughter from dropping out of college, Kevin and Donna reluctantly have her and her fiance Chale, played by Ryan Cartwright, move into their house. Meanwhile, the youngest children Sara and Jack, played by Mary-Charles Jones and James Digiacomo are having their own individual problems. Digiacomo is someone to look forward to because at 11 years old, the boy is already a successful stand-up comedian. Wherever Kevin James is, his elder brother Gary won’t be far behind. Gary Valentine will be playing Kevin’s on-screen brother, again. His character, Kyle is eager to spend time with his brother who is now retired. Lenny Venito and Leonard Earl Howze will play the characters of Duffy and Goody,  who are retirees and Kevin’s buddies. We last saw Venito on the ABC comedy, The Neighbors. Howze has previously acted in Memphis Beat and in the Johnny Depp movie, The Lone Ranger.