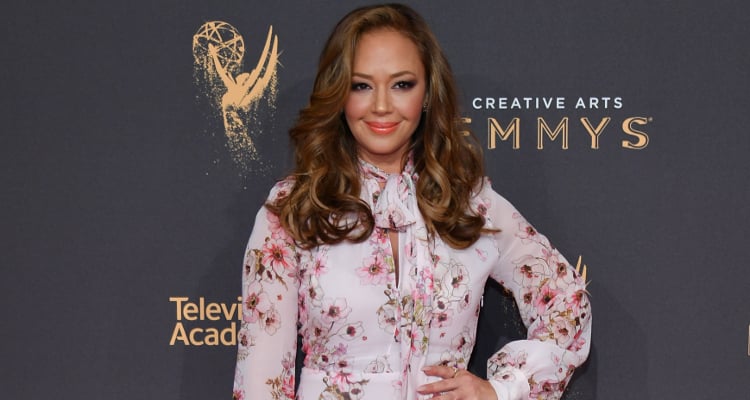 Actress Leah Remini joined the cast of Kevin Can Wait as a full-fledged series regular, and viewers are really excited to see Leah Remini reunite with Kevin James. However, after seeing her on TV again, people have one question in mind: What happened to Leah Remini? Did Leah Remini undergo plastic surgery? If you want to know whether or not Leah Remini had a face lift or lip job, then keep reading.

When you are in the entertainment industry, you are constantly under pressure to not only deliver great work, but also look good doing it. Celebrities are scrutinized non-stop when it comes to their looks, clothes, and style. The second something seems out of place, people are quick to comment.

In order to keep their looks, some celebrities decide to go under the knife. While some, like Kris Jenner, are open about their procedures, other stars are assumed to have had work done. Recently, one celebrity who is facing rumors of getting a face lift is actress and anti-Scientology activist, Leah Remini. Now that she is permanently on Kevin Can Wait, people are surprised to see the 47-year-old sans wrinkles. If you also want to know whether or not Leah Remini underwent plastic surgery, then keep reading!

Did Leah Remini Get Botox and a Lip Job?

Remini started her career back in the late ‘80s, but it looks like The King of Queens star has not aged a bit! After seeing her on Kevin Can Wait, fans have started to speculate that the secret behind Remini’s youthful look might be plastic surgery. The actress is also an outspoken anti-Scientology activist, and speaks out against the church in her docuseries, Leah Remini: Scientology and the Aftermath.

Viewers cannot stop talking about her wrinkle-free skin. One fan took to Twitter and wrote, “Are the Scientologists also responsible for Leah Remini’s plastic surgery and collagen implants?”

Another added, “@LeahRemini good for you for leaving that #scientology #cult but what’s up with all that plastic surgery? You look plastic.” Remini had the perfect comeback for  haters, putting an end to the rumors by tweeting back, “Lol. I have had no plastic surgery, but thank you for thinking that. I will Botox the hell of it until I do need a real face lift though!”

Also Read: What Happened to Kevin’s Wife on “Kevin Can Wait?” Why Did She Leave?

I really thought I was smiling for this picture, but not so much. 😉 thank you glam for today @crabichuk @dklahair

According to plastic surgeon, Dr. Adam Hamawy, who has not treated the actress, “Leah appears to have a little too much Botox around her eyes and over her brows.” He added, “The Botox helps maintain her ageless features but also makes her eyes look less animated when she smiles giving her a more artificial look.”

Though Remini has not commented on whether or not she has lip injections, she seems to be open about her Botox injections. You can catch Leah Remini on Kevin Can Wait, Monday nights at 9:00 p.m. EST only on CBS.