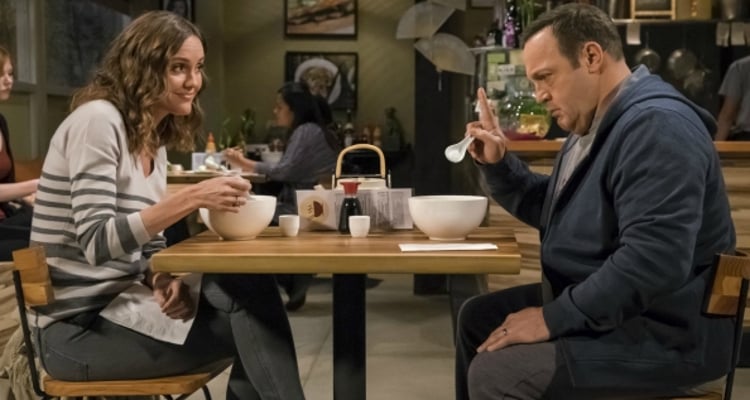 Although most viewers already knew that the character of Donna Gable would be removed from season 2 of Kevin Can Wait, they were waiting to see how the makers of this sitcom would pull it off. In the end, the matter was treated insensitively, and the joke about it fell flat. Maybe the makers of Kevin Can Wait can redeem themselves by being more careful in the coming episodes of season 2.

It had already been announced earlier that the role of Donna Gable (Erinn Hayes), the wife of Kevin Gable in the sitcom Kevin Can Wait, would be written off the show. So, it came as no surprise to most when the audience saw the season 2 premiere on Monday, September 25, 2017, on CBS.

But, what was surprising was how the sitcom handled it. And, according to fans’ and critics’ reactions, CBS failed.

Death Is Not Funny

The show did not handle the death of Donna’s character with finesse and dignity as one would expect, but in a rather shoddy and careless manner. It is never revealed why or how Donna died, but a joke is made about coupons, which doesn’t come across as funny at all.

Also Read: What Happened to Kevin’s Wife on “Kevin Can Wait?” Why Did She Leave?

There is no mention of the circumstances under which Donna died. The show only said that she has been dead for almost a year. The viewers are informed about Donna’s death at the beginning of the episode, and the scene lasts barely two minutes.

Kevin Gable receives a flyer from his late wife’s gym and is immediately saddened by her loss. His daughter, seeing her father overcome with emotion, promises that she will call the gym and inform them right away to stop sending any communication, as Donna has been dead for almost a year.

Gable thanks his daughter, but is then unable to control himself and blurts insensitively, “But don’t throw that out; on the bottom, there’s a coupon for a kung-fu lesson.” There is no mention of Donna again in the rest of episode.

The joke was not only insensitive, but it was in bad taste. Even if the series is a comedy of sorts, the makers shouldn’t have treated the exit of a lead character in such a trivial and casual way.

Death of a character, even in a sitcom, deserves some dignity. After all, when the news of Donna’s “death” first broke, CBS president Kelly Kahl had promised that the reveal would be “treated with dignity and respect, and the show will move forward.”

There is a chance that Donna’s death will be treated with more sensitivity as the series progresses and Gable undergoes the feeling of loss. But even then, the makers have made a bad start.

Life Goes on, But…

How did the mom die on Kevin Can Wait? Unfortunately, the makers of Kevin Can Wait haven’t revealed the reason or manner of her death. Instead, they have just mentioned it in the season 2 premiere. Maybe they will reveal how Donna met her end in the upcoming episodes.

Right now, there is a new woman in Gable’s life—Vanessa Cellucci (Leah Remini)—who is Gable’s former rival on the police force before his retirement. She is Gable’s new boss at a security company where Gable now works.

The second season will probably focus more on Gable’s new job, his relationship with Cellucci, and how he manages things at home as a single parent. Life must move on, but Donna definitely deserved a better goodbye.