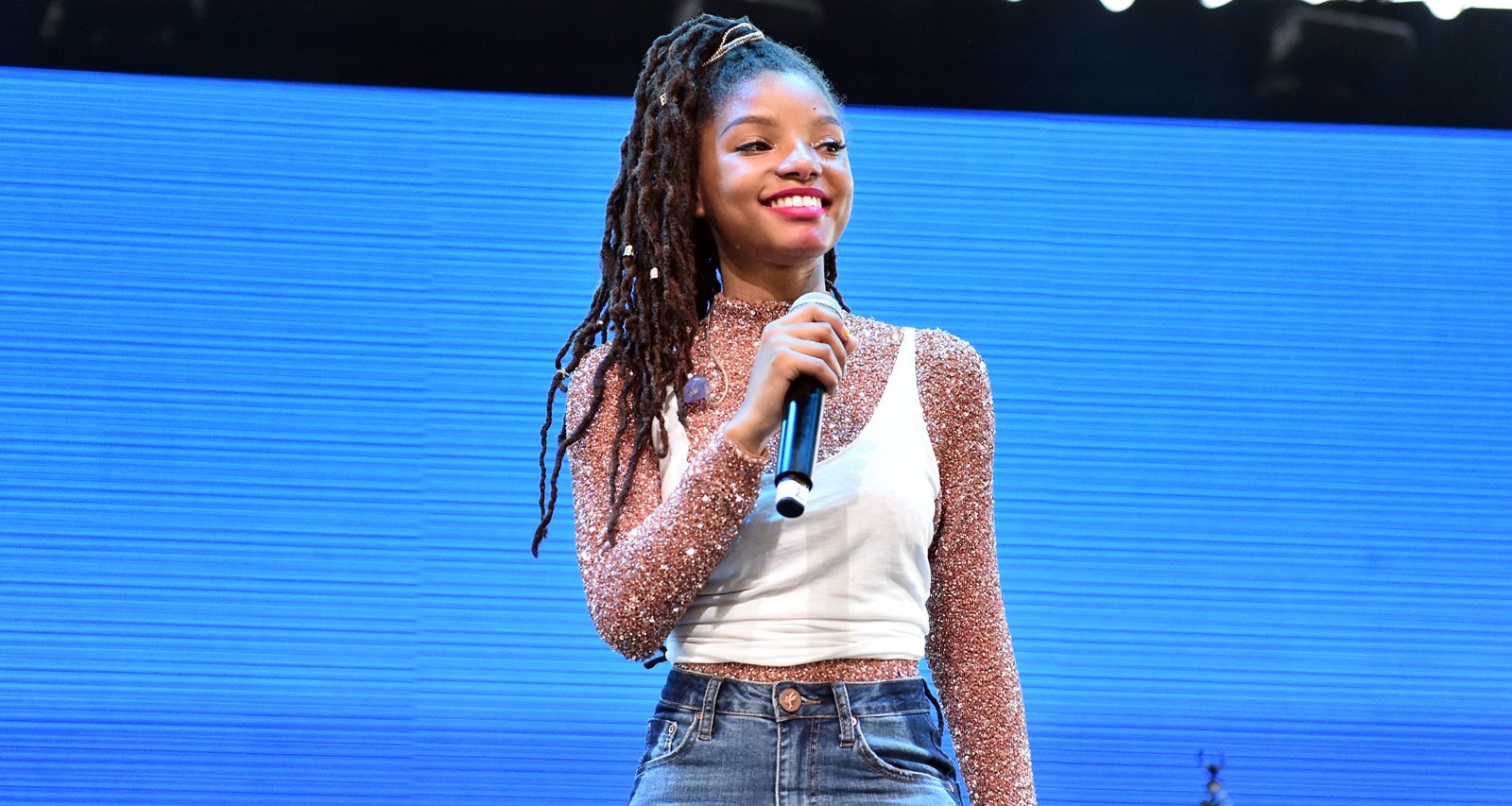 Halle Bailey is ready to go “Under the Sea” as Ariel in Disney’s live-action remake of The Little Mermaid. No longer will her name be mixed up with Halle Berry’s, because she’s set to make her own mark. One half of the R&B duo Chloe x Halle, this talented songstress is ready to belt out some of the most iconic songs of the Disney generation. Her casting as a young woman of color is historic, to say the least. But she’s relatively new and there are a few people asking who Halle Bailey is. You’re going to hear a lot about this rising starlet. So, get up to speed with our Halle Bailey wiki.

Halle Bailey Is from Georgia

Halle Bailey was born on March 27, 2000 in Atlanta, Georgia. She’s the youngest daughter born to Courtney and Doug Bailey.

Her older sister, Chloe, is just as famous she is, while her eldest sister, Ski, helped film their YouTube videos. The Bailey girls also have a little brother, Branson (born 2005.)

Happy Birthday to our amazing brother Branson!! You're 10?!?!? We love you so much and we are so happy to have you in our lives. Everyone wish him a happy birthday @basketball_branson 🎉🎉🎉🏀

Their mother Courtney worked as an HR recruiter for Twitter. Dad Doug left his lucrative career as a stockbroker and is now a full-time manager to his star daughters.

Chloe and Halle attended a public school in Georgia before switching to homeschooling. While Chloe got her GED in 10th grade, Halle graduated from high school in 2018.

Halle and Chloe were always meant to be performers, right from when they were eight and 10 years old, respectively, and performed Top 40 song covers on their YouTube channel.

It seems their talent isn’t genetic, though. The girls even joke that their dad is tone-deaf. Doug is a poet, however, and encouraged his daughters to write lyrics.

Chloe was a natural singer at a young age. And Halle, who is said to worship her sister, followed her into singing and dancing. Halle, a talented guitarist, also idolizes Prince and is a fan of bands like The Internet and Frank Ocean.

Their parents didn’t plan for the girls to join the entertainment world. Doug was even reluctant to let them post cover videos on YouTube.

happy father’s day to the world’s greatest dad!!!!!! thank you for always being there for us. thank u for being our sound man, our photographer, our manager, our protector, our father, etc etc the list goes on x on 😂😂👏🏽👏🏽we love you for life dad!!!!!

But with a thriving child model industry in Atlanta, Courtney thought the audition process would help build her daughters’ confidence around strangers.

They went from performing at talent shows to booking local charity showcases, while also bagging minor child roles. Soon, viral fame via YouTube landed them on The Ellen DeGeneres Show and The Next Big Thing.

Halle Is Part of a Duo, Chloe x Halle, with Her Sister

They performed as R&B duo Chloe x Halle and toured the country. They relocated to L.A., where more prospects awaited their careers.

Besides appearing in a few Disney shows, they had recurring stints on Grown-ish. Their song “Grown” is also the theme song for the Black-ish spinoff.

You probably recall listening to Chloe x Halle perform “America the Beautiful” at the 2019 Super Bowl.

After two successful EPs, they wrote, produced, and officially debuted with their first album, The Kids Are Alright, in 2018 (earning them a Grammy nomination). And they are set to release more music under the mentorship of—wait for it—Beyonce!

Don’t Miss: Facts About The Why Don’t We Singer, Jack Avery

With Queen Bey as their fairy godmother, Chloe x Halle are a couple of the luckiest young girls in music. They went from posting a cover of Beyonce’s “Pretty Hurts” that went viral, to signing a $1.0 million contract under her Parkwood Entertainment label.

The girls would also go on to feature prominently in Beyonce’s star-studded “Lemonade” music video. And they were the opening act for Beyonce and Jay-Z’s On The Run II tour.

BEYCHELLA… soooo proud. we love u 🐝

The Baileys first met Beyonce when a three-year-old Chloe played the younger version of Bey’s character in The Fighting Temptations. When they moved to L.A. and filmed the “Pretty Hurts” cover, Beyonce (or at least her team) took notice.

They had previously turned down multiple record deals because their parents felt the contracts offered were unfavorable. Fortunately for them, the Parkwood digital team contacted the girls and offered to sign them. Doug and Courtney felt Beyonce’s offer was pretty fair and jumped at the opportunity.

The Little Aliens, as Beyonce affectionately nicknamed them, are so close to the singer, the Grammy-winning diva visits them every time she performs in L.A. She even arranged for them to visit the U.K. so they could work with music producers there, as well as get the same cultural exposure she got as a young artist with Destiny’s Child.

Soon after Beyonce gave birth to twins Rumi and Sir in 2017, she sent Chloe and Halle to collect her BET award on her behalf. The girls certainly had a lot of eyes on them when they came to the stage.

Halle and Chloe have written over 100 songs since signing under Parkwood, which they send to Beyonce to review.

Chloe x Halle even have fans in former First Lady Michelle Obama and her daughters, Sasha and Malia. When Mrs. Obama enlisted the duo for a charity event, Beyonce and Blue Ivy were cheering them on.