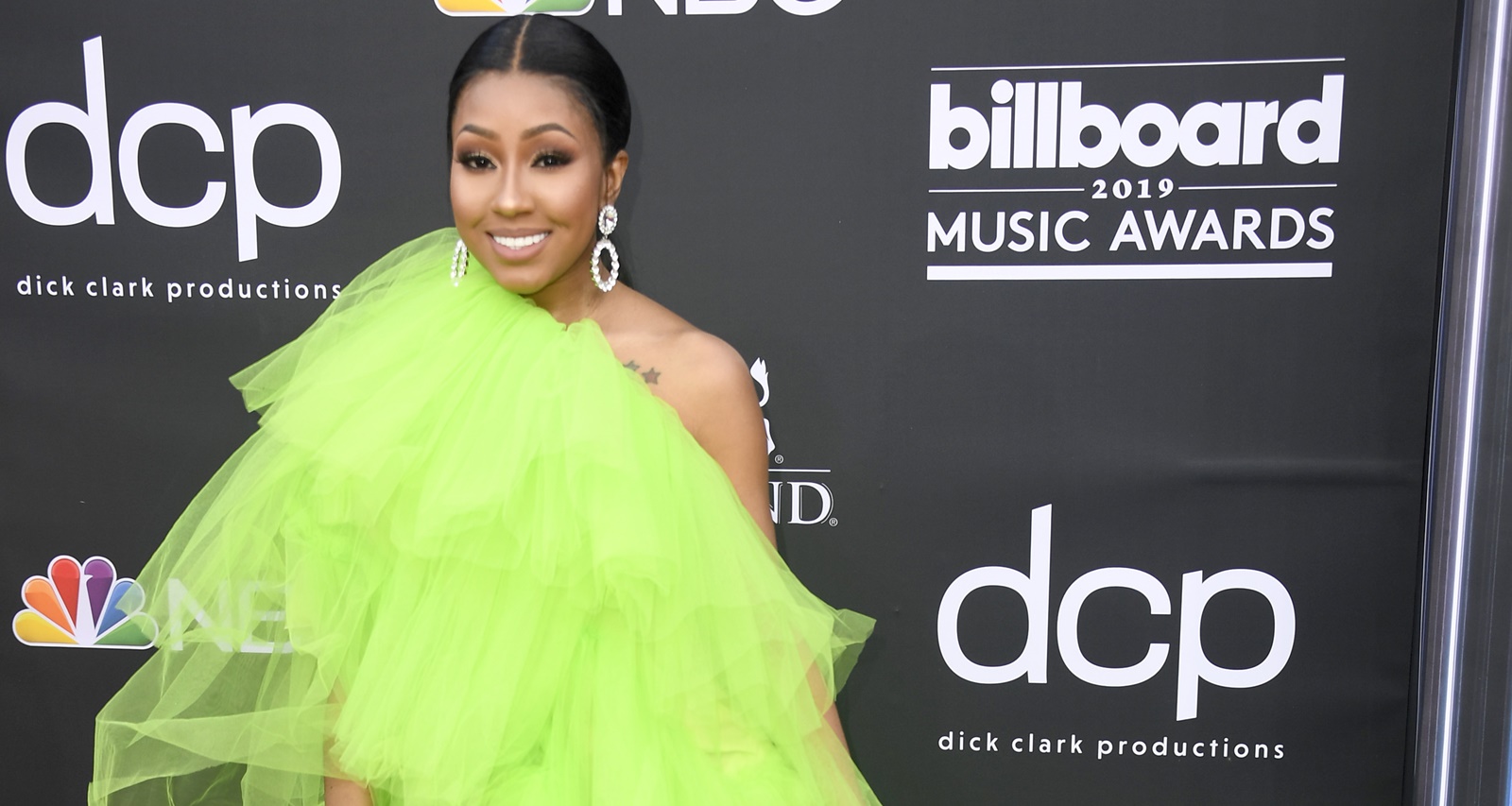 Miami-based rap duo City Girls would be nothing if not attention-grabbing. After their first documentary saw JT going to prison, their latest documentary, Point Blank Period Part 2, contained a major revelation concerning Yung Miami. The other half of City Girls announced she’s pregnant and now everyone is dying to know: Who is Yung Miami, and who’s her baby daddy? If you haven’t jumped on the City Girls phenomenon yet, our Yung Miami wiki will do the trick.

Yung Miami’s Mother Is in Jail

Born Caresha Romeka Brownlee on February 11, 1994, she was raised in the rough neighborhoods of Miami. She graduated from Miramar High School in 2012.

She went on to achieve fame under the name “Yung Miami.” But at the height of her popularity, two of the women closest to her are behind bars. Besides her City Girls partner, JT, Brownlee’s mother, Keenya Young, is also in prison.

According to Miami-based news outlets, Young was arrested in 2009 in connection with a shoplifting and accidental death.

Young was accused of being the getaway driver after she and Exzavier Robinson stole Michael Kors and Juicy Couture purses from a Macy’s store at a local mall. But exactly who drove the Chrysler 300 was a point of contention during the 2017 trial.

Before they could make it to the car, prosecutors argued, Young got into a tussle with a security guard, while Robinson got into the vehicle and nearly mowed down both Young and the guard. Young ended up on the hood of the car but somehow managed to get inside before a high-speed chase began.

Robinson’s defense team, however, claimed that it was Young behind the wheel and Robinson was the passenger.

The chase ended in a deadly collision with another vehicle. The driver of the other vehicle, 40-year-old security guard Emily Anderson, was killed in the crash.

Young survived the crash and exited the vehicle before vanishing. An injured Robinson was found behind the wheel.

Both Young and Robinson were taken into custody. It was unclear who was actually driving the vehicle when the collision happened.

Robinson’s attorneys said he ended up in the driver’s seat while trying to get out of the vehicle. But prosecutors believed that Robinson was the mastermind behind the robbery wherein both accused stole designer bags from Macy’s.

Also Read: Jack Avery Wiki, Facts about the Why Don’t We Singer

Young and Robinson were both charged with first-degree murder in Anderson’s death. Young, who pleaded guilty and acted as the prosecution’s star witness against Robinson, was sentenced to five years in prison and 10 years of probation.

Yung Miami once posted a picture of her mother on Instagram, which resulted in a flood of negative comments. She deleted the post soon after but has said in an interview she hopes to gift her mother a house and car when she’s released from prison, possibly in 2021.

There isn’t much information on Yung Miami’s father except that he was in prison once and gifted the artist her first car when she was 14.

Jatavia Johnson aka JT (born December 3, 1992) and Brownlee survived difficult backgrounds to pursue a career in music. JT had a talent for rapping and convinced Brownlee to rap, too.

“She didn’t always want to be a rapper, but she always played around freestyling. She asked me to do the song, and I was like ‘Well b***h, if you wanna do a song, why you want me to do a song with you?’ She said, ‘Because I’m shy. I can’t make a whole song by myself. You fun.’ She thought if she did the song with somebody else they’d be too serious,” Miami recalled.

Together as City Girls, they performed in local venues in Miami. A then-17-year-old Yung performed at strip clubs, nightclubs, and block parties with JT. Before that, she was a budding Instagram celeb promoting a fashion line.

City Girls Got Their Big Break with Drake

JT and Yung Miami were signed to Quality Control Music and made their debut with “F**k Dat N****” in 2017, which they recorded in JT’s cousin’s warehouse. Shortly after its release, JT was arrested for identity theft, which further added to their popularity.

In 2018, they released their debut album, Period, and followed it with Girl Code, which features Cardi B.

But it was their work with Drake in his viral hit, “In My Feelings,” that catapulted City Girls to national fame. The girls were guest vocalists on the record that spiraled into the “In My Feelings” challenge in 2018.

Meanwhile…….. JT ARE YOU RIDING😇

The City Girls were fairly new at the time and had hit a roadblock when JT was arrested. So they were quite shocked when Drake reached out to their CEO for a collaboration.

They recorded the song while it was still untitled. When the album was released, they didn’t know which song they’d featured on.

“We heard the beat and just started screaming. When we heard him say our names on the song, we was jumping around, twerking on the keyboard, twerking on the couches. We were so happy. It was a moment. We was like, ‘Nobody can’t say nothing to me, b***h. Drake know our names,’” Yung said.

Yung Miami Is Pregnant with Her Second Child

At the end of the documentary, Yung makes a surprise announcement: she’s pregnant with her second child. She hasn’t revealed the identity of her baby father, but it’s speculated that it’s her current boyfriend, 808 Mafia hitmaker Southside. She even tagged him in her Instagram post about her pregnancy.

Happiest 5th birthday to you, my dear one. It makes me so happy as a mother to see you growing up healthy and happy. There’s nothing I want more in this world than to see you happy every day. I will do everything I can to make this happen. I love you so much. I wish that all your wishes will come true.