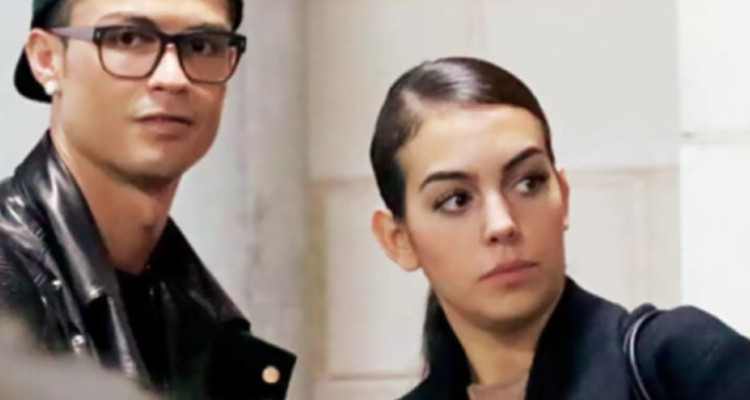 It looks like Cristiano Ronaldo has a beautiful new girlfriend! She is a lovely 22-year old model named Georgina Rodriguez. From going on dates with Ronaldo, to bonding with his young son and attending his games, Rodriguez is proving to be very lucky for Ronaldo. It looks like he’s scored his biggest goal yet; love!

It looks like Ronaldo and Rodriguez have been together for only a short while because, as late as August 2016, Ronaldo was seen cuddling up with fitness model, Cassandre Davis and barely a month later, Ronaldo was seen with Miss Spain, Desirée Cordero. However, it looked like Cordero was sent packing after Ronaldo felt that she was “using him for fame and attention.” Then of course, Rodriguez entered the Real Madrid player’s life and they have since spent as much time together as possible. This hasn’t been easy with Ronaldo’s busy schedule and his profile, as he’s arguably the second best soccer player in the world.

Georgina Rodriguez’s age is just 22 and she grew up in the city of Jaca, located in northeastern Spain. Rodriguez studied dance for a while, before switching her focus to modeling. She is educated and studied English in London, England. Before she was known as Cristiano Ronaldo’s girlfriend, Rodriguez worked at a Gucci store in Madrid. It is believed that after they met at the Dolce & Gabbana event, they started secretly dating for several months. It was only when hawk-eyed fans spotted Ronaldo through his disguise while in Disneyland Paris, that the world came to know about their relationship.

In November 2016, both Ronaldo and Rodriguez were seen walking around Disneyland, Paris arm-in-arm and showing plenty of affection. It was the couple’s PDA that drew attention to them and, needless to say, the paparazzi had a field day! Though Ronaldo was in disguise, it wasn’t very difficult for the media to recognize him as he walked happily with his girlfriend. Though it is unknown when they started dating, it is believed that the two have been together since the end of 2016.

Money’s Not a Problem

People were searching for Georgina Rodriguez’s hot pics as a model, but now, with her new status as Ronaldo’s girlfriend, she’s becoming even more popular. Rodriguez’s Instagram account is full of pictures of her having a great time with friends, working out, and traveling. There is no information about Georgina Rodriguez’s net worth, but with Ronaldo’s net worth being an astounding $450.0 million, money is the last of Rodriguez’s worries. Even though she is just 22 years old and already a successful model, she has her own source of income.

Bonding With the Family

The couple seem to be fine with knowing that their relationship is no longer private. After all, it is not easy to keep matters under wraps when you are one of the most recognizable and loved faces in the world! Rodriguez has been seen at several of Ronaldo’s games in the stands, too. At the Santiago Bernabeu Stadium in Madrid, she was seen bonding with Ronaldo’s son, Cristiano Ronaldo Jr., as the boy’s father was giving it his all on the field.

The Stars are Shining on Ronaldo

Some people are saying that Georgina Rodriguez has not only brightened Cristiano Ronaldo’s life, she is also having a positive effect on his game play. Real Madrid has won several of their last few games with Ronaldo putting up a spectacular performance. What more can Ronaldo ask for? Rodriguez has brought love, romance, and direction into Ronaldo’s life. We wish all the very best for the couple’s happy future!