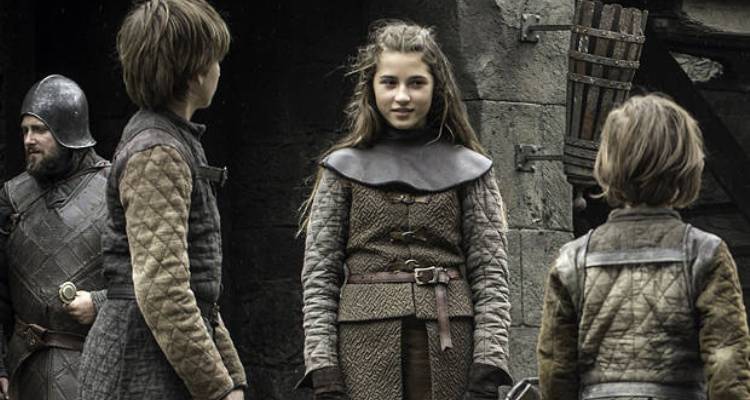 On top of everything that happened in the season 6 finale of Game of Thrones, one important moment currently seems to be getting overlooked: the conversation between Ned and Lyanna Stark. Ned Stark’s sister had some important words for her brother in a flashback that changed the game entirely. And if you’re wondering, “What did Lyanna Stark say to Ned Stark?” don’t worry because there are no cryptic mysteries here. What she said was very clear. So, what did Lyanna say before dying? And what does it mean for the Game of Thrones cast going forward?

At last, searches of “Jon Snow parents” and “Jon Snow father” will actually deliver credible results as the true identities of the beloved character’s mother and father have been revealed. Via Bran’s greensight, we saw a glimpse into the past as Jon Snow witnessed the man he believed to be his biological father, Ned Stark, visit his sister, Lyanna Stark, in the Tower of Joy. On her deathbed from complications during childbirth, Lyanna whispers something to Ned that led to the big revelation: Jon Snow was in fact Lyanna’s son and his father is Rhaegar Targaryen, the older brother of Daenerys, who never met her brother (he died before her birth).

It is perhaps ironic that the biggest reveal to come out of Game of Thrones‘ season 6 finale wasn’t much of a spoiler for longtime fans of the show as the idea that Jon Snow was actually the son of Lyanna Stark has been thrown around since Jon first returned from the dead at the beginning of the season. In fact, this may be the first fan theory in this, the “post-books original content” era of the Game of Thrones TV show, where the viewers’ predictions totally hit the nail on the head. However, the other theory regarding Jon Show’s true family, namely that Meera Reed is his twin sister, is still up in the air, so at least the writers left some speculation for season 7!

So, What Did Lyanna Stark Say to Ned Stark?

The Ned Stark’s dying sister’s final words were but a whisper. And they could have been the same for viewers, given how quietly she was speaking, clearly to create some mystery about her words. However, TVs and mobile devices have volume control and closed captioning, which means that finding out exactly what Lyanna said was a very simple task. While not every word could be made out, the general consensus is that this is what she said:

“His name is [illegible—sound is muted]. If Robert finds out, he’ll kill him, you know he will. You have to protect him. Promise me, Ned.”

The last part should be familiar, even to fans of the books: “Promise me, Ned” is a line first mentioned in the very first novel, relating to a flashback Ned has of Lyanna in a pool of blood in the Tower of Joy with her constantly repeating that phrase. The “Robert” mentioned is likely Robert Baratheon, at the time Lyanna’s fiancee and the future king; Lyanna’s being taken from him by Rhaegar Targaryen sparked “Robert’s Rebellion,” which led to the events of the entire series.

Of course, the most interesting part is the part that’s muted. We can assume that she’s talking about newborn Jon Snow, revealing his name. So, does this mean it isn’t really Jon? Or perhaps it’s his true last name that’s being hidden; after all, his true parentage means he’s actually a member of the Targaryen family tree and may have access to all the benefits of the bloodline, including being able to communicate with dragons and possibly be immune to fire. But more importantly, being Rhaegar’s son would put him at the front of the line for the Iron Throne, or at least ahead of Daenerys, making his existence a hindrance to her plans. Guess we’ll just have to see if it all comes to a head in season 7!