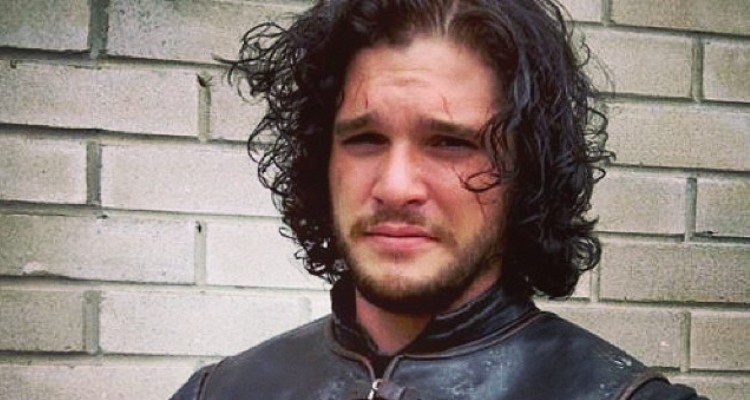 Now that the-not-so-dead Jon Snow is back on Game of Thrones fans are now wondering “What’s next for Jon Snow?” and more importantly, the identities of Jon Snow’s parents. After watching Game of Thrones season 6, episode 3, “Oathbreaker,” fans only had more questions after a revealing flashback, and it has to do with the newly resurrected Jon Snow and a huge hint to his true parentage! After fans witnessed Bran Stark’s flashback, courtesy of his training with the Three-Eyed Raven, one question that was most likely in everyone’s mind: “Is Jon Snow Lyanna Stark’s son?!

“Throners” everywhere have taken to social media to discuss their Game of Thrones theories and no doubt talked endlessly after the last episode (“Oathbreaker”) aired. The most prominent is the Game of Thrones Jon Snow theory. Let’s talk about the flashback of the lady in the Tower of Joy. It’s possible that Lyanna Stark gave birth to Jon Snow in the tower?

Let’s back up for a minute, shall we? A vision from Bran Stark in the mystery cave brings Game of Thrones closer to something readers have long believed but have never been able to prove: that Jon Snow, the now-alive Commander of Night’s Watch, is not Ned Stark’s bastard son after all.  This whole mess started when Prince Rhaegar kidnapped Lyanna from her family after he knew she was betrothed to Robert. There can be two interpretations to this vague history: one being that Rhaegar forced himself on Lyanna and left her in a tower to die while giving birth to Jon Snow, and the other is that Lyanna and Rhaegar eloped and she hid her pregnancy, delivering her child in the Tower of Joy. The only real constant in the story based on the book and the show is that Ned fought Rhaegar below the tower and found his sister dead shortly after.

In the past, Ned was very protective and secretive about the true identity of Jon’s mother, but after recent events, fans can see why. If Lyanna is the mother, then Jon Snow’s Targaryen blood would have put his life in danger after the throne was usurped following the kidnapping or elopement—depending on how you look at it.

If Lyanna was kidnapped, then the war was justified but if she did in fact elope with Rhaegar, wanting to get out of her betrothal, then the storyline/flashback becomes a question of a woman’s choice to live her own life (with a man she loved) against her family’s wishes as opposed to a woman’s assault—which forced Robert’s rebellion.

At this point, all fans really know is that Lyanna died in the tower and before that was abducted, but the how is what makes the difference and is one of the many mysteries that shape the show. Hopefully more will be revealed clearly in Game of Thrones season 6, episode 4, “Book of the Stranger.” Then all this drama can finally be put to rest, knowing if Jon Snow has claim to the Iron Throne.