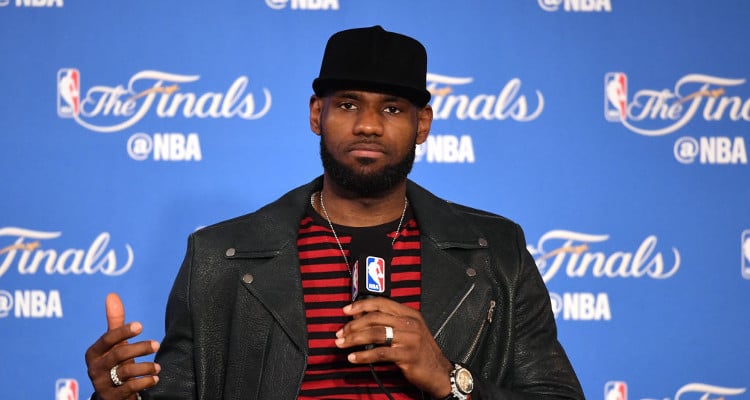 Golden State Warriors’ Monday night NBA victory let the Internet loose on LeBron James like a pack of hungry wolves! Soon after the Warriors beat the Cavaliers in the NBA Finals, online trolls targeted LeBron James. Social media was flooded with LeBron crying memes, as well as funny memes to take a dig at the 32-year-old forward. Here are some funny memes of LeBron James‘ loss to tickle your funny bone. Check them out!

Superstar LeBron James is undoubtedly a talented basketball player. His legacy as an athlete shouldn’t be questioned under the Cavaliers’ defeat in the 2017 NBA Finals. But being cocky about your skills and talent could not only lead even the greatest to bite the dust, but also make them an easy target for memes —especially when the NBA Finals come around.

In 2015, LeBron James famously boosted his ego at a press conference, saying:“I am the best player in the world, it’s that simple!” As talented as he is, his attitude and tone make him come off as more arrogant than self-aware, resulting in a lot of backlash. The 32-year-old pro basketball player rose to stardom with his sturdy build and skillful tactics on the court.

Among his countless achievements throughout his career, James is a three-time NBA champion, three-time NBA Finals MVP, and NBA Rookie of the Year in 2004. He has earned the right to have his name mentioned among the greatest basketball players in the world. His ongoing rivalry with Steph Curry of the Golden State Warriors, the 2017 NBA Finals brought us a lot of action, and a lot of Curry and LeBron memes. We have some of the best LeBron James memes, right here!

#4. And the World’s Dumbest Excuse award goes to…

#5. Let’s not forget that basketball is a team sport!

Just Decided on making a new meme for the Lebron fans @KingJames pic.twitter.com/4WwnE6GvDU

#13. Michael Jordan’s response to James’ “I’m the best player in the world.”