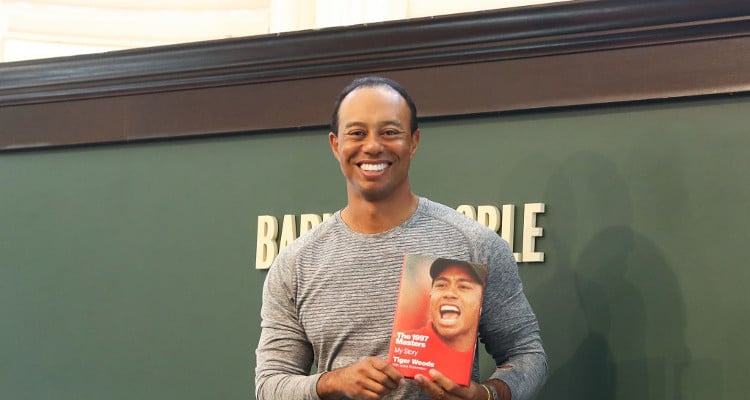 Tiger Woods‘ mugshot has taken over the Internet. And unlike Jeremy Meeks, whose mugshot turned him into a model, the golf pro is now the butt of jokes on the Internet. That’s right, Tiger Woods’ mugshot and DUI are the latest meme trend of 2017.

When a celebrity gets arrested, it’s a rite of passage for them to be subjected to Internet mockery. So, when Tiger Woods was arrested with DUI charges on Monday, his doozy of a mugshot got the royal meme treatment. If you haven’t seen the Tiger Woods DUI memes, you need to! We’ve scoured every corner of the Internet to find the most creative and funny memes on the golfer. But first, a little background is in order.

Tiger Woods was arrested early Monday (May 29) in Jupiter, Florida for driving under the influence. In a statement Woods released Monday evening, alcohol was not a factor in his arrest. According to Woods, the DUI charges stemmed from an “unexpected reaction” he had to prescription drugs. “I understand the severity of what I did and I take full responsibility for my actions,” Woods said in the statement before apologizing. It is unclear whether he tested positive for alcohol or drugs, but reports are saying he refused to take a breathalyzer test. Nevertheless, a very groggy-looking Tiger Woods posed for a mugshot that will go down in viral infamy. Take a look at these hilarious Tiger Woods mugshot memes.

#1. To start off, The Bachelorette contestant DeMario Jackson used Woods’ mugshot to describe his second day in the Bachelor mansion. If you missed out, the guy got the boot for two-timing Rachel Lindsay!

Me episode 1 vs. me episode 2 #TheBachelorette pic.twitter.com/JqZ5cICJCi

America: Before Trump vs. After Trump pic.twitter.com/LYUplSquMv

When someone tells you Joe Flacco is elite pic.twitter.com/jQvaO5zvBj

#7. The similarities are uncanny.

#10. Woods is somewhere between Lindsay Lohan and the Happy Gilmore guy in the Mugshots Hall of Fame.

.@TigerWoods Happens to the best of us man. Hang in there *single pistol* pic.twitter.com/UVHqNiLxce

#11. Tiger Woods spotted driving to the next hole.

Tiger Woods driving on the way to the next hole pic.twitter.com/xRoCHiOrUx

The Tiger Woods tweets are funny but am I the only one looking at his hair? pic.twitter.com/6XJ6uBR1I9

#16. Hey, you can never be overwhelmed by memes.

Me: /waits for a funny tweet on the TL regarding Tiger Woods and the DUI

Tiger Woods might be the first man in history who's life didn't get better after he got rid of all his sidechicks.

#18. The Furby bears a striking resemblance to the pro-golfer.

Why does tiger woods look like a furby pic.twitter.com/e3VS3aAJgK

Gucci happy as hell posing in GQ, and Tiger Woods is out here getting DUIs looking like an armpit. 2017 weird as hell. pic.twitter.com/8E8DU4UOH3