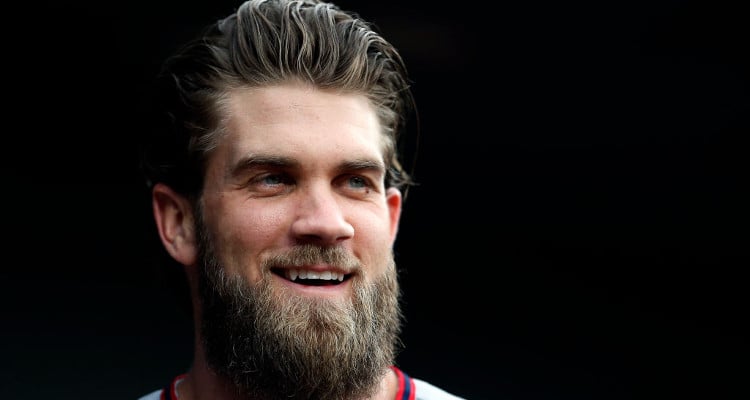 Memes have taken the Internet by storm. Actors, athletes, and everything in between can fall victim to the creative minds of people online. The most recent trend comes courtesy of the Washington Nationals right fielder. Ever since his epic helmet throw went viral, Bryce Harper memes are taking over. Take a look at the best Bryce Harper funny memes, inspired by his failed toss.

If you did not see Monday’s game between the Nationals and Giants, then you missed out on one of the worst helmet throws ever, made by Nationals right fielder, Bryce Harper. Harper lost his cool when Giants pitcher, Hunter Strickland threw the ball at Harper’s right leg.

Harper angrily pointed his bat toward Strickland, then stormed towards him. Harper then threw his bat and helmet in Strickland’s direction —but it was not great! The failed helmet toss made people cringe and laugh at the same time! Then, the two got into a brawl on the field, with both teams joining in, except for Buster Posey who just stood there and watched everything unfold. Though there are plenty of memes about Posey, they are overshadowed by Bryce Harper’s 2017 meme trend.

Harper’s terrible helmet throw has given people online the perfect chance to weigh in. Has this become a protocol? People mocking the mistakes of others is commonplace online, but with jokes these funny, we can’t really complain! Here are five of the funniest Bryce Harper memes of 2017.

When Your Helmet Won’t Take Your Side

When You Are Clearly Not Good at Throwing Helmets

We found the one thing in baseball Bryce Harper isn't good at: the helmet throw. pic.twitter.com/X0JUK0n1zW

Harper’s Helmet Was Just a Bit Outside

Bryce Harper can work on his helmet throw during his suspension pic.twitter.com/mA6TEvfGjK

When You Mentally Unfriend Somebody

Don't talk to me or my son ever again. pic.twitter.com/cnKrGBtRfL