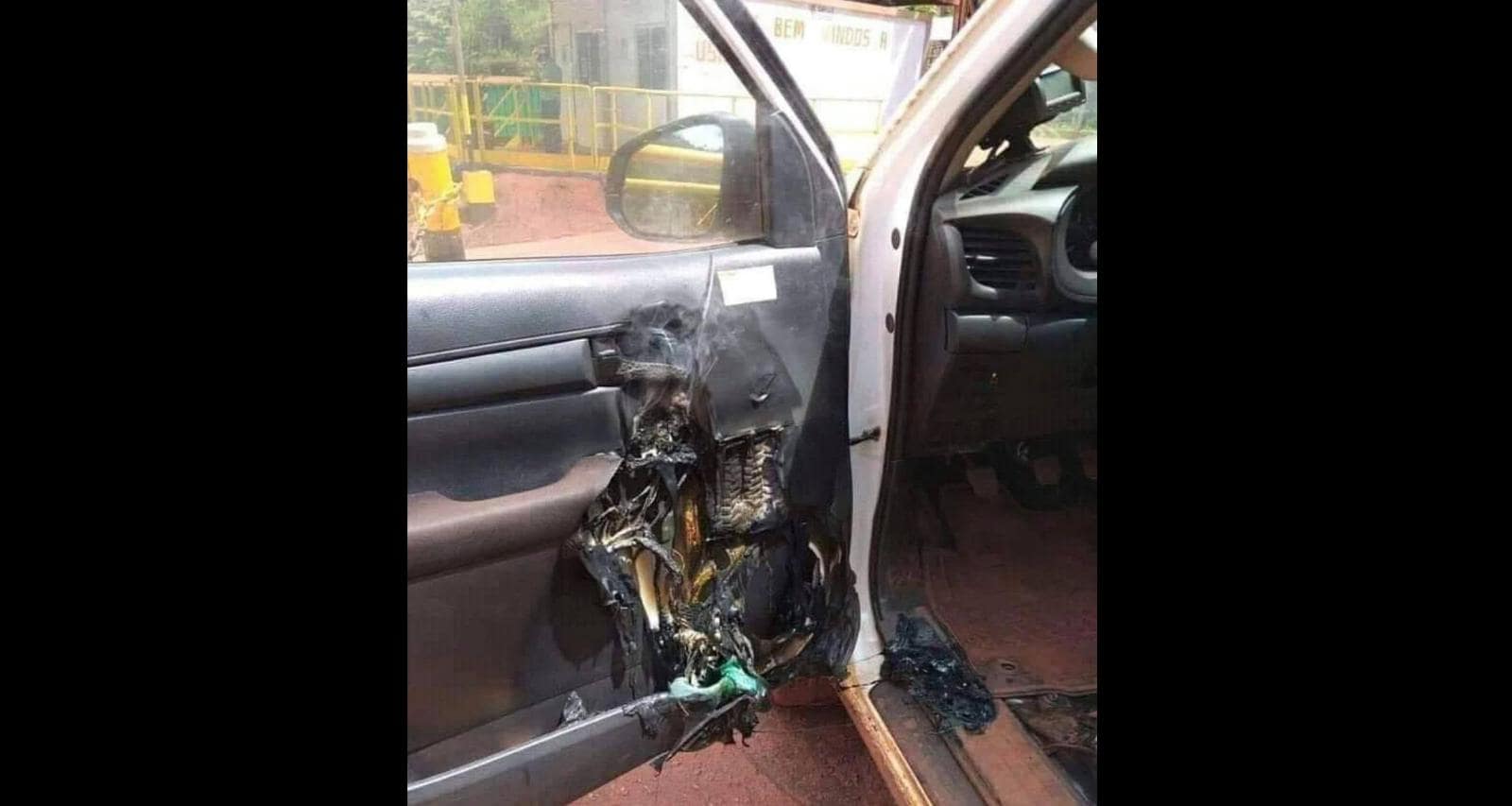 Sanitizer left in a hot car can catch fire.

Sanitizers are indispensable during this pandemic. It’s not uncommon for someone to tuck away a bottle in their bag or car to make sure it’s always on hand. However, a recent a cautionary social media post by a Wisconsin fire department has warned citizens not to leave sanitizer in the car. The reason: the summer heat could cause the flammable sanitizer to explode. There’s even a daunting picture of the burnt-up interior of a car to go with the warning. We know that alcohol is a key ingredient of sanitizers, which makes them flammable. But can they really set off car fires just by being in the sun too long? Despite this warning, research shows that you don’t actually have to worry about sanitizer left in your car, as long as it’s not near flame or a spark.

The official Facebook page of the Western Lakes Fire Department in Wisconsin shared a cautionary post on May 21, 2020. The post warns that leaving alcohol-based sanitizers in clear bottles in cars can lead to the sanitizer heating up in warm weather and exploding. 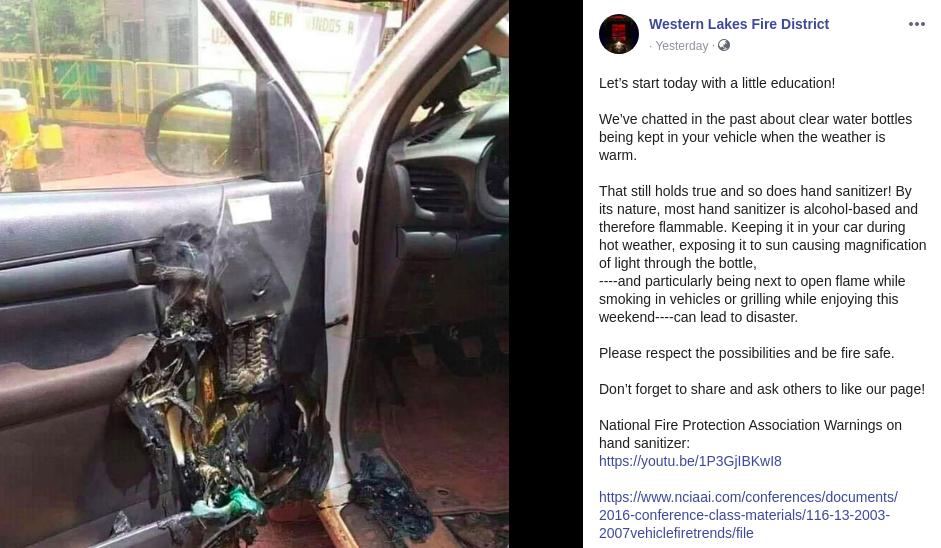 According to the post, the clear bottle of gel alcohol acts like a magnifying glass. The alleged result of the bottle sitting in the sun for too long in the closed confines of a car is a supposed fiery explosion.

We’re not talking about merely the cap flying off and sticky sanitizer getting everywhere. The image accompanying this Facebook post shows a scorched interior of a car.

As many are aware, sanitizers are 60-70% alcohol and highly flammable if exposed to direct heat. But can sweltering weather cause gel alcohol bottles to explode?

Note, the post starts with a mention of exploding water bottles when left in the car. However, that too was debunked.

Also Read: FACT CHECK: Did Russia Release Lions on the Street During the Coronavirus Outbreak?

Alleged Sanitizer Explosion Image Is from a Different Incident

A reverse image search of the image in the fire department’s post will give you two results. One from this year and one from 2015.

The image is from a 2015 video of two young Saudi men setting off a fire in the close confines of a car with an aerosol spray and a lighter, burning them alive. The incident was reported in the media at that time, including Egyptian news outlets.

The images from the charred interiors of that car have been circulating again in 2020 with the claim that a sanitizer spontaneously combusted in the vehicle. The hoax had spread to Thailand, Costa Rica, and Brazil, and has now reached the U.S.

The image was referenced most recently by Brazilian publications to debunk the claim that hot weather can cause gel alcohol to explode.

A 2010 flammability test by the Federal Aviation Administration (FAA) proved that sanitizers are extremely flammable, that is when a container of the stuff comes into contact with a direct source of fire.  It also stated that vapor generated from directly holding a flame under a bottle of gel alcohol is flammable.

During a heat wave, the temperature inside a car can reach the 160-170 °F range. However, temperatures used to ignite the alcohol-based sanitizers in the FAA test were much higher. Per this test, the car would have to reach a whopping internal temperature of above 300 °C (572 °F) to explode.

The Brazilian publications consulted Reinaldo Bazito, the professor of chemistry at the University of Sao Paulo, who examined the three pictures of burned cars from alleged sanitizer explosions (including the image from the 2015 incident). While the expert said that he can’t tell the cause of the fire in these images, he did also state that sanitizers can’t ignite on their own.

Bazito said that there’s no risk of atmospheric temperatures causing sanitizers to combust on their own. However, he also advised that when you leave alcohol-based sanitizer bottles in the sun for too long, vapors start to rise in the bottle at a certain temperature. This vapor can catch fire if it comes in contact with an ignition source, like a spark or a cigarette light.

However, Bazito says that the small bottles of sanitizer most of us are prone to carrying are not a problem, if they are closed properly. But a larger quantity could produce dangerous amounts of flammable vapor if an ignition source is close to it.

Whether your sanitizer is in the car or in your pocket, whether the weather is warm or cold, if exposed to a direct flame it will catch fire. The Brazilian professor warns that it’s far more dangerous to apply gel sanitizer near a stove flame.

If you do keep a sanitizer in your car, make sure it’s not exposed to sunlight or heat. Also be careful about your actions like using a lighter near a sanitizer.