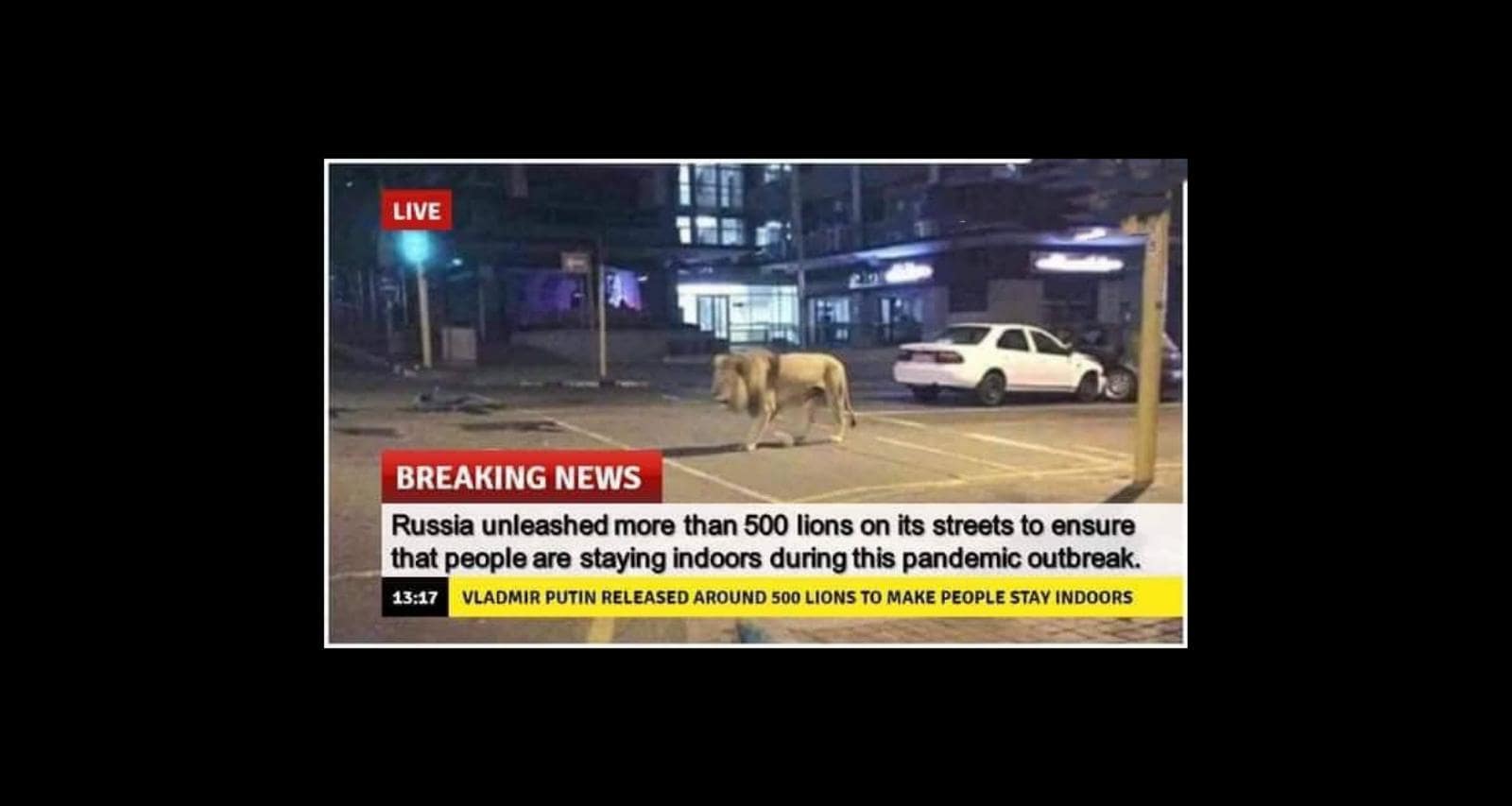 There might be a shortage of toilet paper, but there’s no shortage of bizarre stories online during the coronavirus outbreak. The latest one, though, takes the cake! According to one viral story circulating the interwebs, Russia released hundreds of lions on the streets in an outrageous move to ensure people remain indoors. There’s even an image of a lion on a street to go with it. The supposed screengrab of a news broadcast has raised questions if this outlandish story is real or fake. But we’re setting the record straight right here.

Did Russia Release Lions on the Street?

According to an online story, Russia has implemented a “wild” method to enforce social distancing and self-isolation amid the coronavirus pandemic. The story claims that hundreds of lions have been released on Russian streets to deter people from stepping out of their houses.

A picture circulating with the story looks like a screengrab of a news broadcast that shows a lion on the street. Several social media users are spreading this image with this claim, leading many to question if it is real.

While the image itself is not entirely fake, the story most definitely is.

Are Lions Roaming the Streets of Russia?

This story seems too outlandish to believe, because it is fake. There aren’t any big cats roaming the streets of Russia, at least not on behalf of the government there.

The image of a lion prowling the street itself isn’t fake. But it’s not from Russia or the year 2020. It was a viral image from April 2016 taken in Johannesburg, South Africa.

According to reports from that time, a filming crew brought a lion named Columbus from a nearby lion park to a residential area for filming. Columbus, a tamed lion, had appeared in several movies and ad campaigns. The filming crew had fenced off the area for safety but was still slammed for not getting the required permissions from the local government.

The 2016 image was edited with news tickers that read Russia had released lions on the street during the coronavirus outbreak using a prank website that lets you create your own “breaking news.” The image has since gone viral with the hoax claim. The actual network shown in the image doesn’t exist.

So no, neither Russia nor any other country has let loose wild animals to scare people into following self-isolation protocols. If you do come across this post somewhere, laugh it off and continue the usual hygiene steps to curb this outbreak.