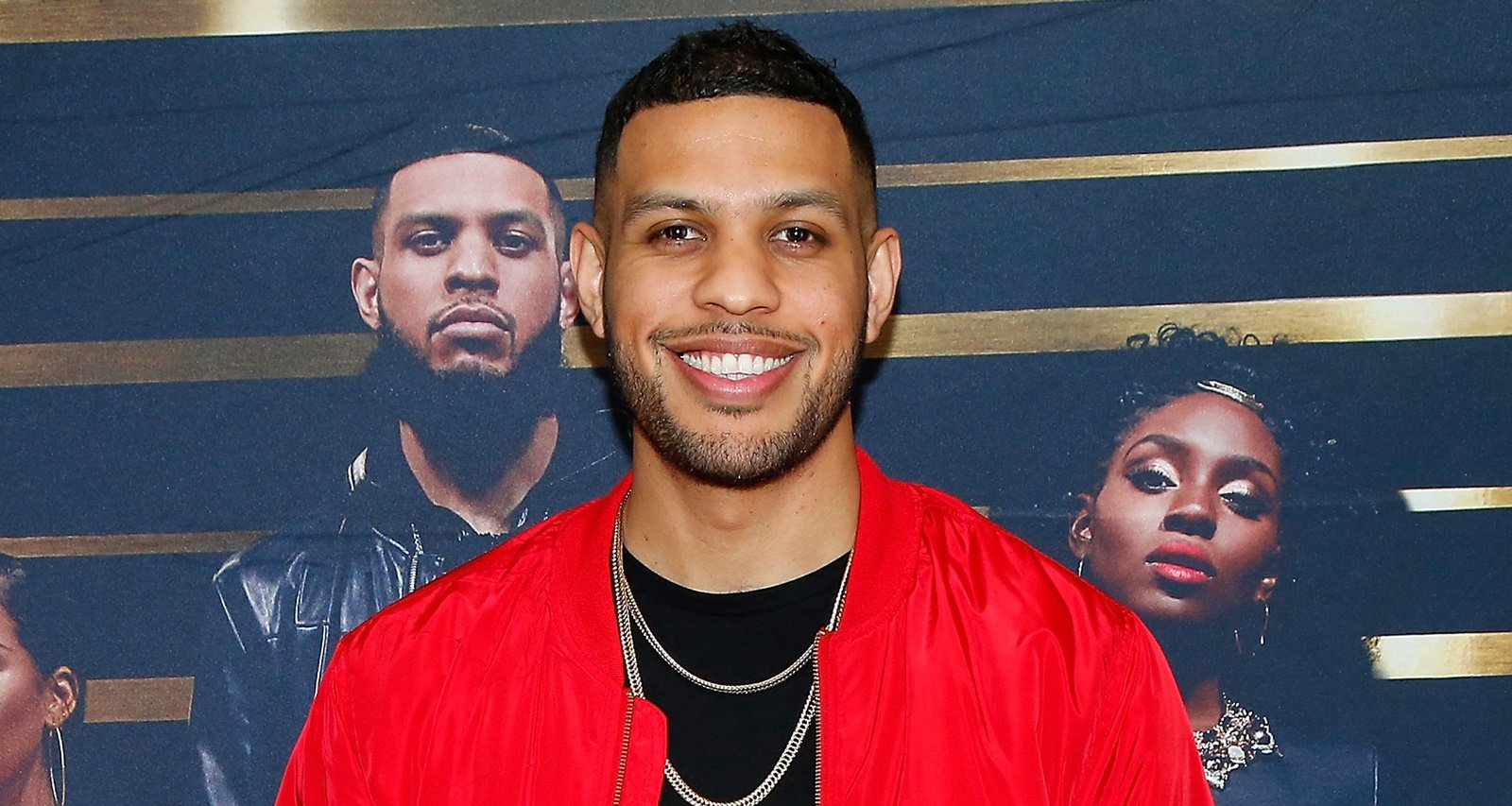 Sarunas J. Jackson achieved a degree of fame for acting in the HBO original comedy-drama Insecure. After kicking off 2019 with the Fosters spinoff Good Trouble, Jackson stars in the new series, Games People Play. And the new role takes him back to his baller days. Our Sarunas J. Jackson wiki turns the spotlight on this rising actor you need to keep an eye on.

Sarunas J. Jackson was born on March 12, 1990 and hails from Inland Empire, California. He also has roots in Philadelphia where his African-American father was born and raised.

BDay Man
♓️✊🏽
Thanks for the love y’all! pic.twitter.com/RToaXbKlgw

His mother, Yhinyer T Hubbard-Jackson, is from Panama, which had Jackson inclined towards playing for the Panama National Basketball Team. Jackson said he and younger brother Darius are very connected to the Panamanian culture. Back in 2017, Jackson was working on obtaining dual citizenship so he could play in Panama, too.

Though he fully understands Spanish, he is only semi-fluent in the language. Jackson said that he used to know more Spanish but lost his fluency over time.

While he fully embraces his Afro-Panamanian roots, growing up with a mixed heritage wasn’t easy for Jackson. “I was more accepted by the black community. The Mexican kids weren’t as accepting, I wasn’t necessarily someone they can identify with, so they weren’t trying to hang out with me or anything like that, so I wasn’t with the other Latinos. My black friends identified with me more than other kids did because ‘Afro-Latino’ wasn’t really a [known] thing to them. Afro-Latinidad is still new to some till this day,”Jackson said.

He towers at 6’8” which probably worked to his advantage when he played basketball when he was younger. He had dreamed of playing basketball since he was a child before he caught the acting bug.

“I always loved the three main sports when I was a kid: basketball, football and baseball,” said Jackson, “As I got older, it was basketball and football. When I was three or four years old, I was playing basketball every day. Sometimes I would get in trouble because you had to take turns with sharing the basketball with the kids, and I would end up trying to steal it from them and play as much as I could.”

Sarunas graduated from Roosevelt High School in California. After a stint at junior college, Jackson attended Post University in Connecticut where he studied sports administration and also played for the team.

He also has experience in the Amateur Athletic Union with future NBA All-Star, Paul George. He tried for the 2013 NBA Draft, and though he didn’t make it, he played professional basketball in Asia.

He also played with Malcolm Washington, Denzel Washington’s son. Though he saw the magnificent actor several times at games, he never worked up the courage to talk to him.

Jackson was on the hardwood court as late as 2016. But his interest in acting and writing took over. He’s now one of the rising actors of his generation with critically acclaimed credits to his name.

His basketball talent comes in handy for some of his characters. Currently, he plays a pro-baller in the new BET series, Games People Play. He plays the husband of Lauren London’s character. This will be London’s first acting venture since her boyfriend, Nipsey Hussle, died in a shooting on March 31, 2019.

He Started Acting in Commercials

For young Jackson, his professional dreams revolved around basketball. But he did love acting and movies thanks to his mother. By his account, his mother took him and his younger brother to the movies every Friday because she worked most of the week and wanted to spend time with her children.

Jackson fell in love with movies and wanted to be a part of that world. He found West Philadelphia’s own Will Smith inspiring and relatable.

His theater teacher was the first to recognize his acting talent and told him he had potential in the industry. Her encouragement made him try acting while pursuing basketball.

His first acting experience was in the basketball world itself when he worked in a commercial at Paramount Studios. The commercial’s main attraction was the recent Clippers’ acquisition, Chris Paul.

The commercial was directed by Paul Hunter, who, apart from being a major music video director, is known to Sarunas’ family. His older brother who went to film school worked with Hunter.

When Sarunas visited his brother back then, he met Hunter and expressed his wish to try acting. Hunter then offered him the commercial with Chris Paul, which opened a lot of doors for Jackson.

Jackson’s Breakout Role Was in Insecure

According to Jackson, he was leaning towards acting in 2012 when his baller career options were getting limited. Besides acting in basketball commercials, he appeared in short films and TV shows like Transparent, Major Crimes, and Hollywood Darlings.

But his breakout role came in the HBO hit series, Insecure. Sarunas J. Jackson plays Alejandro “Dro” Peña on the show, which has remarkably dug deep into racial and social issues.

Dro is Afro-Panamanian, much like the actor who portrays him. That was a detail Jackson suggested to the writers of the show so he could make Dro more relatable.

Since the success of Insecure put him on the map, Jackson has outdone himself as Isaac Hall in Freeform’s Good Trouble. And he now stars alongside London in Games People Play.

Jackson Has a Daughter with Dominique Perry

Jackson and his Insecure costar Dominique Perry welcomed their daughter, Zen, in May 2018. Many found it hard to wrap their heads around these two actors becoming parents because their characters, Dro and Tasha, never meet on-screen.

The pair didn’t confirm that they were dating, either, and Perry’s past social media activity also hinted that they weren’t a couple. However, they appear to have a great co-parenting relationship today.

So how did they go from working together to becoming parents? According to Jackson, it just happened.

“It’s never something planned. When I’m on a show or a film, I don’t ever want to cross a line while working. But we had became and we’re still good friends. We’ve been friends this whole time. It was never—we’re just really good friends and then it just—one thing led to another this certain weekend. And it happened,” said the Insecure star.

He further added, “The way it started was we met during a fitting and she was really cool. And she’s hilarious, right? So I would invite her out to hang out with us sometimes. But there was never an intention there. We were just hanging out, we were just friends. We understood we were on the same show. And we started hanging out more and then that weekend…something just.”

It was rumored that Jackson had cheated on his ex-girlfriend, Kaylen Zahara, with Perry. After Zen was born, Zahara took an indirect jab at Jackson who fired back on his Twitter. Zahara later said that she cleared the air with Jackson and there was no cheating involved.

Speaking aimlessly is ignorant. How people speak without confirmation or facts baffles me. How thirsty for “tea” are people to create situations that never existed. STFU and get y’all facts straight. Invest in ya own life and maybe you’ll do something lol.

Relationship rumors aside, Jackson is enjoying fatherhood. He certainly loves sharing cute portraits of his daughter on Instagram.

The Internet has been wondering for a while if Sarunas has any connection to the rapper/actor Ice Cube, whose real name is O’Shea Jackson. Due to their same last names, many ask if Sarunas is Ice Cube’s son or brother.

Sarunas has two brothers, Marques and Darius, but no familial connection to Ice Cube.

The rapper has an older brother and five children: O’Shea Jackson Jr., Shareef, Karima, Deja and Darrel. He had a half-sister who died in a shooting.