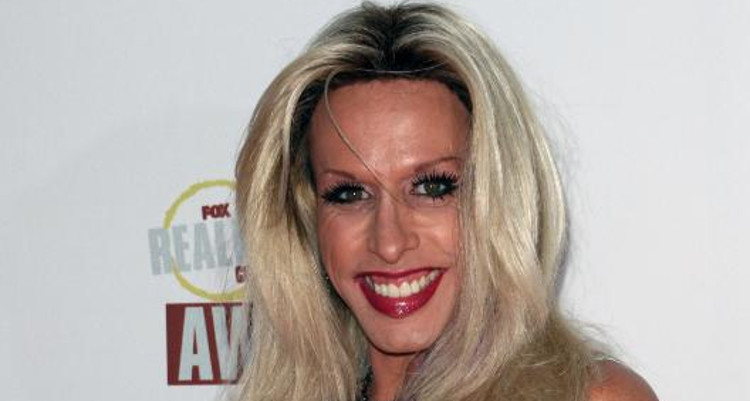 It was a terrible day for the Arquette’s on Sunday as they lost their sibling, Alexis Arquette. Alexis Arquette passed away on Sunday at 12:32 a.m surrounded by loved ones. Many are wondering, “did Alexis Arquette die because of AIDS?” Upon Alexis’ death, the family did not disclose the reason behind Alexis’ passing, but now sources have revealed that Alexis died from complications due to AIDS.

How Did Alexis Arquette Die?

After reading the news about her death, fans of Alexis just had one question in their mind; how did Alexis Arquette die? Sources claim that Alexis Arquette died from an AIDS-related illness. Also, it has been revealed that Alexis started living like a man again, right before her death. For those of you who don’t know, Alexis was born as Robert, but later transitioned into a woman in the year 2006.

She died at the age of 47 with her family members and loved ones around her. Former boyfriend, Robert Dupont revealed that Alexis was suffering from multiple ailments, including AIDS. He said, “Alexis was living with AIDS and he had an inoperable tumor and he had developed an infection. I was told that went to his liver and throughout his body.”

Robert and Alexis dated for many years in the 1990s. He also revealed that Alexis was put in an induced coma before his death. His former flame, Robert further added, “He was working as an artist and living in an Actors Fund home in West Hollywood for people with HIV and AIDS. He hated it. People kept breaking into his apartment and they did alcohol and drugs. Alexis hated that. He never did drugs and he didn’t drink.”

Although Alexis’ family offered him to stay with them, he refused, claiming that he wanted to be independent. Robert and his twin brother, Richard were extremely close to the 47-year-old transgender activist. When asked about the last time he met Alexis, Robert said, “My twin brother Richard and I had lunch with him in Santa Monica less than a month ago. Alexis had changed over and was living as a man again, and he asked me if I had any clothes I didn’t want that he could wear. I had only a few things I had with me as I was visiting from Palm Springs.”

Robert had even collected and bought clothes for Alexis, but did not get the chance to send it before Alexis’ death. Another source close to Alexis also confirmed the news that Alexis Arquette died from AIDS-related illness. The source, who wished to remain anonymous said, “Towards the end he was in a lot of pain, but he was not going to give up. He was holding on so hard at the end and he was such a fighter. Alexis was sick for so long.”

I’ve been feeling very morose lately and was especially sad to learn of #alexisarquette passing. I was lucky enough to meet and photograph her a few times at #mrblackla She was infectious, optimistic and always exciting to be around. #ripalexisarquette pictured here with #christopherciccone ????????????

Alexis’ brother, Richmond Arquette said that Alexis died surrounded by her siblings and a niece. He passed away listening to David Bowie’s “Starman”. Although Alexis transitioned back into a man before his death, it is unclear when that happened.

Paying tribute to his brother, Richmond said, “I am feeling immense gratitude to have been afforded the luxury of sharing life with him/her, for learning from Alexis, for being given the gift of being able to love him/her. Thank you, Alexis, I love you and will love you always.” He further said that he is ‘immensely grateful that it was fast and painless.’

A source close to the family confirmed the question: did Alexis Arquette die because of aids? David Arquette and other family members are yet to comment on it and confirm the news. Alexis was indeed a very talented actress, and may her soul rest in peace.