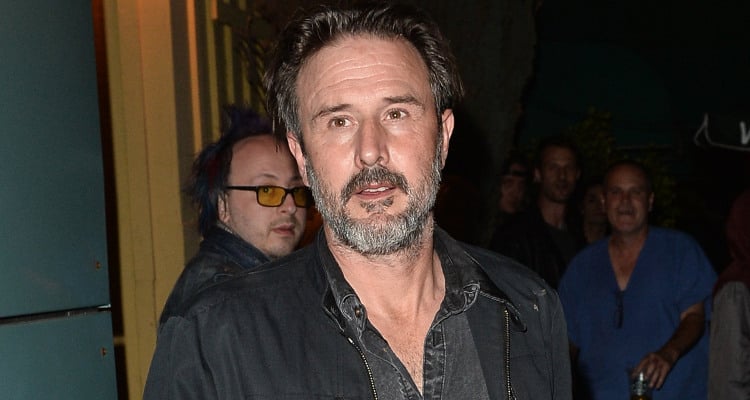 David Arquette is an American actor, film director, producer, screenwriter, fashion designer and former professional wrestler. Don’t believe us? Just check out David Arquette’s wiki page on the net! With so many abilities, Arquette is a busy man. People often ask, “How much is David Arquette’s net worth?” Its a cool $25.0 million. Arquette has all this and oodles of talent, as well.

Arquette was born in a ‘Subud’ commune in Bentonville, Virginia. ‘Subud’ is an international spiritual movement that began in Indonesia in the 1920s. The basis of ‘Subud’ is a spiritual exercise that represents the ‘power of God’ or the ‘great life force’ and followers are free to choose their own religion, be it Christianity, Islam or Judaism. Arquette is the youngest child of his parents. Arquette has four siblings namely Rosanna, Alexis, Richmond and Patricia.

Arquette rose to fame in the 1990s, when he starred in a host of movies like the Scream series, Wild Bill and Buffy the Vampire Slayer. During this period, Arquette had roles on television, as well as movies. He appeared in TV shows such as Blossom, Beverly Hills 90210 and Friends. However, it was the Scream movies that made him famous. The horror-slasher franchise has been successful all over the world. For Arquette, acting in the Scream movies was profitable on the personal front, as well, as this is where he met his first wife, Courtney Cox.

David Arquette’s wife was Courteney Cox, who also had a major role in the Scream movies. They married in 1999 and set up a production company together called Coquette. Since then, they have produced a number of films and TV series including Daisy Does America, Dirt and Cougar Town. Not content with just producing, Arquette tried his hand at directing, as well. He directed a film in 2007 called The Tripper. He is now set to direct another film called Glutton, a 3D psychological thriller.

All in Good Fun

In 2000, to promote his movie Ready to Rumble, Arquette got involved with the World Championship Wrestling [WCW]. Though Arquette became the champion for a short while, most of his fights were staged. He was primarily used as a comic relief, just like in many of his movies. Arquette’s goofy sense of humor has gained him many fans, including his former wife, Courteney Cox. Arquette donated all the money he earned during his WCW tenure to the families of genuine wrestlers, who had died leaving behind families who needed financial support.

Tragedy struck the Arquette family on Sunday, when one of Arquette’s siblings died. Alexis Arquette passed away yesterday, on September 11, 2016. Alexis was transgendered. She was just 47 years old. When Alexis came out as transgendered, the Arquettes did not abandon her. They were close to her until the very end. David Arquette’s sister passed away surrounded by her brothers, sisters and friends and died a peaceful death. The cause of her death is still not known, only that she had been sick for a while.

Arquette’s personal life has also been shaky. Though he and Cox have a daughter named Coco Riley Arquette, they decided to separate from each other, and in May 2013, their divorce became final. Since then, Arquette has been having drinking problems. He was admitted into rehab for alcohol and ‘other issues.’ Once he became sober, his life took a turn for the better. In 2011, he started dating Christina McLarty and in April 2014, the couple became proud parents of a baby boy. They married each other on April 12, 2015. As of now, everything looks good for Arquette. Let’s hope it stays that way!