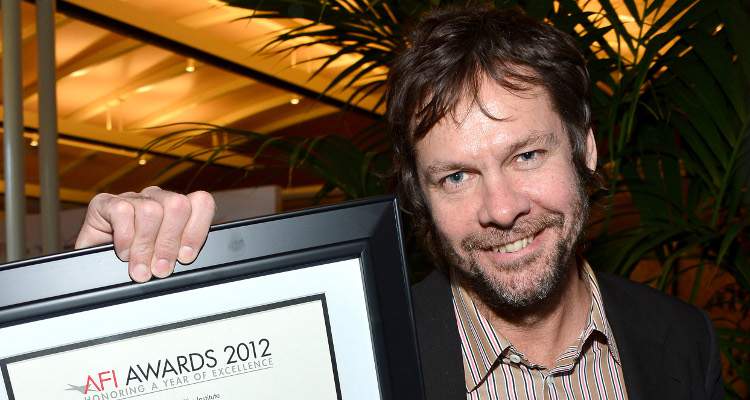 Actress Pamela Adlon reportedly fired Dave Becky as her manager. He previously represented Louis C.K. and issued an apology for ignoring the accusations made against his client. Keep reading to know more about Dave Becky and Louis C.K.’s business relationship, right here in our Dave Becky wiki.

Several women claim that they were sexually harassed by Louis C.K. Now, the comedian’s former manager, Dave Becky, is facing problems of his own. Amid the on-going scandal, Pamela Adlon has decided to fire Dave Becky.

Becky is a well-known face and name in the entertainment industry. Besides previously representing Louis C.K. and Pamela Adlon, he also manages Kevin Hart, Aziz Ansari, and Amy Poehler.

Although Becky is a well-known name in the industry, there are no accounts of his birth date or Dave Becky’s age. It looks like not much is known about his personal life either.

According to sources, Becky is most notably famous for producing Everybody Hates Chris, The Hughleys, and Louie.

This is the man behind some of the funniest comedians in the past 10 years. Louis ck, bill burr, Kevin hart (just to name a few) #davebecky #maybeonedayme #believe

On Monday, Becky issued an apology for not taking the complaints of his former client’s alleged sexual scandal seriously.

In the statement, he said, “I profoundly regret and am deeply sorry for not listening to and not understanding what happened to Dana and Julia. If I had, I would have taken this event as seriously as it deserved to be, and I would have confronted Louis, which would have been the right thing to do.”

Becky further added, “I misperceived the casual way the story was portrayed to me—instead I should have recognized that it must have been a mask for their unease and discomfort in the face of his detestable behavior. My intent was to seek discretion to protect what I thought was a matter of infidelity. I now comprehend that my response was perceived as a threat to cover-up sexual misconduct. This is not an excuse. What I did was wrong, and again, I am extremely sorry.”

“I am going to take time to reflect on this, to educate myself daily, and to strive towards a more enlightened path. I want to ensure that all voices around me are heard, and that everyone is treated respectfully and empathetically. More than anything, I want to create an environment that is a better, safer, and fairer place,” he concluded.

Dave Becky’s net worth is estimated at $10.0 million. Most of his wealth came from his career in the entertainment industry as a manager and producer.

Louis CK's manager, Dave Becky, is accused of threatening women who complained about Louis CK's inappropriate behavior into silence. These people are still his clients. pic.twitter.com/XDouN51JeC

In 1992, Becky worked as a segment producer for The Dennis Miller Show. He also served as an executive producer of the TV show, Mr. Rhodes from 1996 to 1997.

From 2003 to 2004, he was the executive producer of The Tracy Morgan Show. He served as an executive producer for various other shows such as Lucky Louie, Human Giant, Everybody Hates Chris, Bored to Death, Louie, Comedy Underground, Real Husbands of Hollywood, Broad City, Baskets, Better Things, The Handmade Project, and Insecure.

Besides TV shows, Becky also executive produced films such as Pootie Tang and The Fuzz. Additionally, he was nominated for Primetime Emmys for his work.

According to reports, Dave Becky is married to Lainie Sorkin and the couple have three kids together: Cruz, Cash, and Eve. The couple, along with their children, live in the exclusive Brentwood area of California.

The firm said, “Lainie has been a dedicated member of our team for nearly a decade, and has consistently shown both a keen eye for spotting new talent and deftness in helping to guide her clients’ careers.”

Currently, none of Dave Becky’s other clients have commented on the allegations against him. However, many are furious and took to social media to express their feelings about the situation.