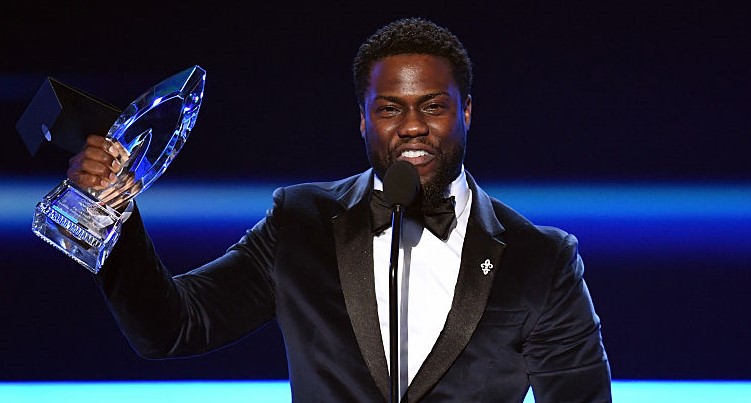 Usually, when a comedian starts doing plenty of movies, their stand-up goes by the wayside. But not for Kevin Hart, as we just got news of the Kevin Hart “Irresponsible Tour.” We’re going to take a quick look at this Kevin Hart tour and everything it includes, like tickets and Kevin Hart tour dates for 2017 and beyond.

Kevin Hart got his start in comedy. But these days, Hart’s been making a living working on movies like Grudge Match, Central Intelligence, and the upcoming Jumanji: Welcome to the Jungle. Although he’s quite busy, Hart decided that he wants to get back to his roots and do a comedy tour.

Keep reading if you want to know all about Kevin Hart’s “Irresponsible Tour,” including tour dates.

A good stand up comedian is to be able to poke fun at themselves, and Hart has always been able to do that exceptionally well. So, it’s no surprise that even the title of his latest tour is a little dig at his latest run-in with the tabloids.

The latest ad for the tour features different versions of Hart berating himself for being irresponsible. He brings up the incident of being in a car with a girl in Miami, as well as his sex tape extortion scandal from earlier this year when he was in Las Vegas.

These scandals have most likely caused problems for Hart and his wife, who is due to give birth to their first child soon. But now, not only does he have new material for comedy, but they’re also a great way to promote his latest tour.

I'm so damn excited about this new tour people. I can't wait for you guys to see this new material. #comedicrockstarshit #IrresponsibleTour

Back on the Road

To Hart’s credit, since his film career began, he hasn’t been much of a slouch in the stand-up department. He has been able to manage scheduling stand-up tours about every two years.

Hart’s last tour ended up being a big screen comedy special called Kevin Hart: What Now? It was released in theaters in 2016.

Currently, there are numerous Kevin Hart tour dates scheduled across the United States, starting in Atlanta and currently ending in Reading, Pennsylvania. Hart’s website does have “Check back soon…” at the bottom of the tour page, so there is a possibility that there may be more Kevin Hart tour dates 2018 announced at a later date.

New artwork for my upcoming "Irresponsible" tour….Left is for International & the right is for Domestic. This will be my biggest and best tour to date…Mark my words!!! #comedicrockstarshit

Here is the current list of dates. Please note that some of the shows listed are currently sold out. For Kevin Hart tour tickets, check your local outlets.