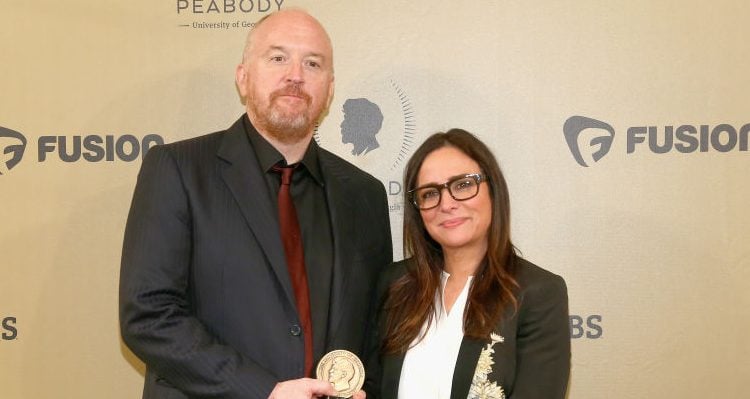 Born to Don and Marina Segall on July 9, 1966, in New York City, New York, Pamela Adlon’s age is 51. Her father was a writer who worked in comics and pulp magazines, and he even did some television work as a writer and producer.

In 1996, Adlon married Felix O. Adlon, the son of a German director. He is the father of Pamela Adlon’s three daughters.

My girls screamed, "MOM!" They had grabbed RuPaul and we had ONE shot to get this picture. Ru: "Hurry. Now. Faster. Yesterday." And then she was gone. It was like hosting the most magical fairy in the world. Having her in our midst. We love you, Ru! You crushed it. You ARE the Emmy's now, honey. I had SO MUCH FUN. My girls made me very proud. @betterthingsfx @rupaulofficial @rupaulsdragrace @televisionacad #aclu

When the couple split in 2010, her ex-husband moved back to Germany, making her a single parent of three.

Tonight. S2 episode 9! White Rock. This is me directing at low tide on the Semiahmoo Bay at low tide. Look at my crew in the water! Thank you guys for watching and loving and supporting my show. These stories are for everyone. Take care of each other. Love, PSA. @betterthingsfx

For many people, she may be a new face on television. In fact, Pamela Adlon’s Better Things might be the first time they have encountered her. But, there’s a good chance that they’ve heard her voice.

Adlon started off acting with small parts in shows like Night Court, The Facts of Life, and ER, as well as movies like Grease II and The Gate II. And while you may recognize her from these roles, Adlon often credits her voice-over work as saving her career.

It began with small parts in animated films like Ferngully: The Last Rainforest. But shortly after that, she landed the role of Bobby Hill on King of the Hill, which ran from 1997 to 2009.

With the show in syndication, more people probably know Adlon from King of the Hill more than anything else that she’s done up until her work with Louis C.K.

Adlon worked as writer and actress for two of the comedian’s projects. She portrayed Louis C.K.’s wife, Kim, in Lucky Louie and wrote the story for the episode, “Discipline.” Adlon then wrote and acted in Louis, and that’s where a lot of focus is currently in light of the allegations.

Given the nature of the complaints that are coming in about Louis C.K., there is a particular episode that is gaining a lot of attention. The episode in question features Louis C.K.’s character forcing himself on Adlon’s character, not allowing her to leave until they kissed. While the TV show episode had a happy ending, that scene is now rather eerie, considering the current allegations.

Pamela Adlon has gone on to create her new television show, Better Things, which is inspired by real life, much like Louie was. She plays an actress who is a single mother of three daughters. Louis C.K. helped put the show together and also served as a writer.

You guys. This is nutsy and amazing. THANK YOU FX!!!! Please also enjoy “Eulogy” tonight. Episode 6. Thank you for watching and supporting and spreading the word! The revolution continues. Xpsa @betterthingsfx

Better Things received positive reviews and award nominations, but given its connection to Louis C.K., it will be interesting to see how it does next season. Meanwhile, Adlon has not yet made a statement regarding her friend Louis C.K., nor has she addressed the alleged claims made against him.