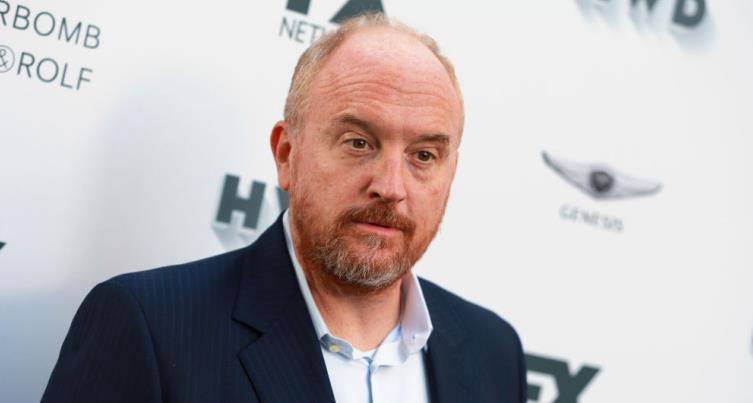 While Louis C.K. is known for his comedy, the latest news about him is no laughing matter. He’s been accused by several women of sexual harassment and has joined the ever-growing list of celebrities that have recently been in the limelight for this very same reason. Many are wondering about Louis C.K.’s net worth of $25.0 million and what legal action might be taken. How much does Louis C.K. make in a year? Keep reading for more on that and the recent scandal.

Louis C.K. was born Louis Szekely on September 12, 1967, in Washington, D.C. to Luis Szekely, an economist and Mary Louise Davis, a software engineer. C.K. is the phonetic way of saying his last name and was later used as a stage name. His paternal grandfather was a Hungarian Jewish surgeon, whose family immigrated to Mexico, where he met his wife, a Catholic Mexican. C.K.’s mother was American, with Irish ancestry. C.K. has three sisters and lived in Mexico at age one and didn’t move back to the United States until he was seven years old.

“Coming here and observing America as an outsider made me an observing person,” he said in a Rolling Stone interview.

“I grew up in Boston and didn’t get the accent, and one of the reasons is that I started in Spanish. I was a little kid, so all I had to do was completely reject my Spanish and my Mexican past, which is a whole lot easier because I’m white with red hair. I had the help of a whole nation of people just accepting that I’m white.”

C.K. is fluent in Spanish and his paternal grandmother never spoke any English. He reflected that even though he had a Mexican experience growing up, he will never be seen as Mexican from the outside.

In 1995, C.K. married artist/painter Alix Bailey and they had two daughters together, Mary Louise and Kitty. They divorced in 2008 and have joint custody of their children. Louis C.K.’s house in New York City was reportedly purchased for $2.4 million in 2016.

CK has been one of the top-earning comedians for years and his net worth has risen from $16.0 million in 2013 to an estimated $25.0 million currently. Aside from his stand-up comedy specials, his most popular show is Louie, which ran from 2010-2015. He’s also been in movies such as Pootie Tang, The Secret Life of Pets, Louis CK: Chewed Up, and more. Louis C.K.’s salary varies with each project but reportedly made roughly $250,000 per episode on Louie.

There has been no sign of change in the rash of sexual harassment allegations that have plagued Hollywood for weeks. Now C.K. has been accused by five different women for public masturbating in front of them, according to The New York Times story. As a result, Louis C.K.’s Netflix deal is seemingly intact, since they have continued to air his stand-up specials on their site. However, there are reports that networks are now pulling the plug on most of his work. The streaming giant has declined comment at this time but C.K.’s latest movie, I Love You, Daddy has also been canceled.

“In light of the allegations concerning Louis C.K. referenced in today’s New York Times, we are canceling tonight’s premiere of I Love You, Daddy,” said Orchard, the film’s distributor. “There is never a place for the behavior detailed in these allegations. As a result, we are giving careful consideration to the timing and release of the film and continuing to review the situation.”

But it didn’t stop there, as HBO has reportedly also cut ties with the comedian amid the sexual harassment allegations, saying “Louis C.K. will no longer be participating in the ‘Night of Too Many Stars: America Unites for Autism Programs,’ which will be presented live on HBO on November 18. In addition, HBO is removing Louis C.K.’s past projects from it’s On Demand services.”

FX, which aired C.K.’s series, Louie, joined in severing any connection to the comedian and released this statement: “We are obviously very troubled by the allegations about Louis C.K. published in The New York Times today. The network has received no allegations of misconduct by Louis C.K. related to any of our 5 shows produced together over the past 8 years. FX Networks and FXP take all necessary actions to protect our employees and thoroughly investigate any allegations of misconduct within our workplace. That said, the matter is currently under review.”

While C.K. wasn’t willing to comment before, he has recently admitted to all the claims made against him! A part of his statement reads: “These stories are true. At the time, I said to myself that what I did was okay because I never showed a woman my d*ck without asking first, which is also true. But what I learned later in life, too late, is that when you have power over another person, asking them to look at your dick isn’t a question. It’s a predicament for them. The power I had over these women is that they admired me. And I wielded that power irresponsibly.”