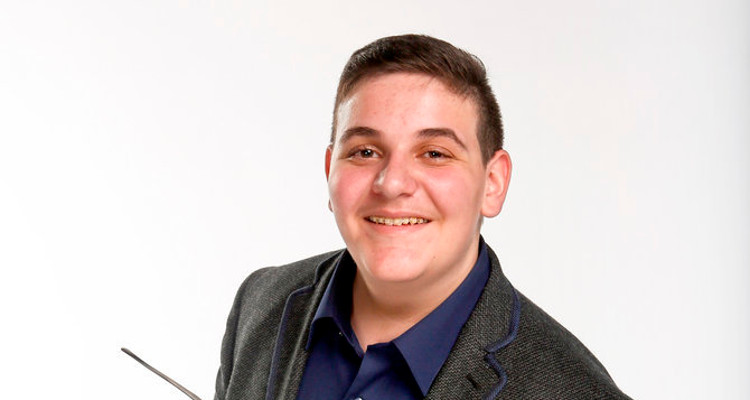 Christian Guardino is a 16-year-old boy, who amazed the judges and audience last night on the America’s Got Talent stage. The young singer shared his story about being blind for most of his life, until undergoing experimental treatment as a teen. Howie Mandel was so mesmerized by his performance that he pressed the golden buzzer. Here is everything you need to know about Christian Guardino from AGT.

America’s Got Talent allows individuals get the chance to exhibit their talent in front of a national audience. People from all over the country come to the AGT stage to impress the judges with their talent, in hopes of moving on on to win the grand prize. One such person who blew the audience away with his spectacular performance is Christian Guardino. As a child, he was diagnosed with Leber congenital amaurosis, which meant that he was blind. But an experimental surgery gave him his sight back. On Tuesday, Guardino sang a soulful rendition of “Who’s Lovin’ You” by The Jackson 5, which earned him a golden buzzer from judge Howie Mandel. If, like us, you are also truly inspired by Christian Guardino’s audition on America’s Got Talent, then keep reading for details about the rising star.

The 16-year-old is from Long Island, New York. His father works as “a pizza man” and his mother is a nurse. From a very young age, all Guardino wanted to do was sing and perform music. However, from the time he was born, Christian Guardino’s eyesight was poor. Specialists told his mother that it would only get worse over time, and he was diagnosed with a retinal disease called Leber congenital amaurosis. However, at the age of 12, a successful experimental gene therapy treatment gave Guardino his vision back! Four years later, he is following his dreams of becoming a successful singer —something he has been doing for as long as he can remember.

Christian Guardino on America’s Got Talent

Before rendering an incredible performance, Guardino looked very nervous (something he admitted to while introducing himself to the judges). However, the moment he started singing, everybody was amazed —especially Howie Mandel! The judge’s jaw dropped as he stood up from his chair and kept his hands on his chest.

The 16-year-old received a standing ovation from all four judges and, when asked by Mandel about a wish he had “right this second,” Guardino mentioned the golden buzzer. Mandel without hesitating, pressed the golden buzzer, sending Christian Guardino directly to the live shows! Simon Cowell said, “You were like a little mouse that turned into a lion. You are one of my favorite contestants I’ve seen this year. Not only in terms of your voice. I just like you. There’s something about you, and it’s just the best possible feeling when we meet someone like you.”

Guardino has been singing since childhood. In fact, he performed at the Apollo Theater in Harlem, New York four times! Undoubtedly he has been stealing hearts all over the world with his incredible voice and miraculous story, and he now gets to share his talent with the world. Guardino even has his own website that mentions his accomplishments and is where he can be booked for events.

If you have not witnessed the powerful and astonishing voice of Christian Guardino and want to take a look at his compelling audition, then click on the link below! Spoiler alert: keep tissues handy because you will be moved to tears after hearing his soulful voice. Guardino is the third contestant who received a golden buzzer so far on this season of America’s Got Talent. Heidi Klum is the only one left who has not sent someone through to the live shows. Don’t forget to watch America’s Got Talent Tuesday nights at 8:00 p.m. EST on NBC!