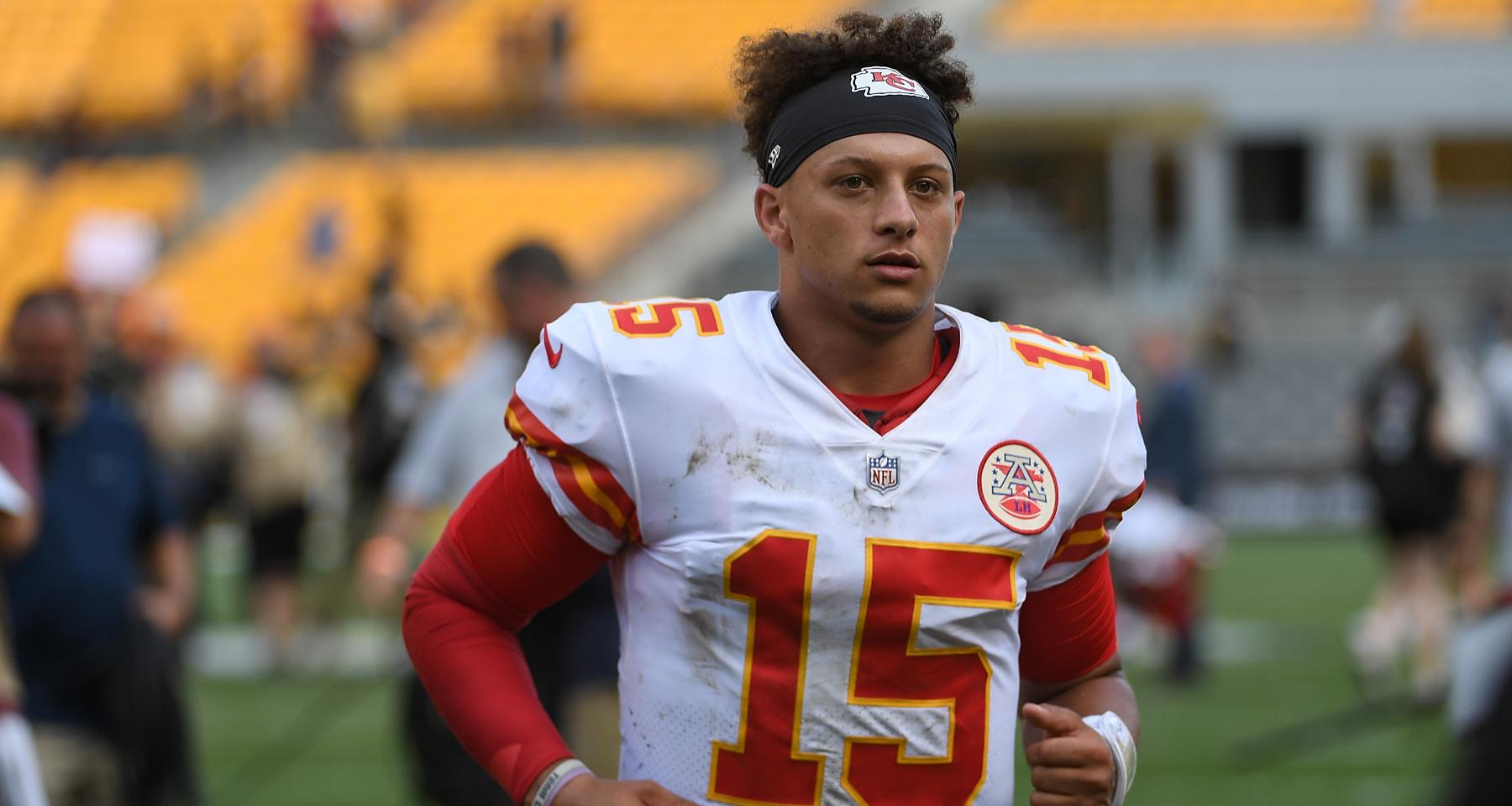 Patrick Mahomes #15 of the Kansas City Chiefs walks off the field at the conclusion of a win over the Pittsburgh Steelers (Photo: Justin Berl/Getty Images)

Patrick Mahomes II is known for his breathtaking performances in the NFL. While his father is MLB legend Pat Mahomes, Patrick Jr. is a scoring phenomenon since the Kansas City Chiefs drafted him in 2017. Now, this star quarterback is getting a lot of attention for his sweet romance with longtime girlfriend Brittany Matthews. Mahomes’ athletic girlfriend deserves the spotlight, too. So, here are some details from Brittany Matthews’ wiki.

They’ve Been Dating Since High School

Like Texas-born and bred Patrick Mahomes II, Brittany Matthews is a Texas native who grew up in Whitehouse. She attended Whitehouse High School where Mahomes played football, basketball, and baseball.

Happy birthday to my girl❤️! Hope you like being the old one 😉! #23 love you!

Mahomes marked their four-year anniversary on Instagram in March 2016. This means that this adorable couple has been going strong for over six years now.

They even made their relationship work while attending rival colleges. While Mahomes attended Texas Tech University, Matthews studied at the University of Texas in Tyler.

Matthews and Mahomes are the parents of a pit bull named Steel. He has his own Instagram page with almost 5k followers.

Happy anniversary @brittanylynne8 I know I can be difficult at times but thanks for going through everything with me! #4yrs

Brittany Matthews was a star soccer player at Whitehouse High School. She was named offensive MVP and a first-team all-district selection.

Thanks to her soccer skills, Matthews got the opportunity to attend the University of Texas in Tyler. She acquired a Bachelor of Science in Kinesiology while enjoying a stellar collegiate soccer career.

In her four years at UT Tyler, Brittany Matthews made a record 31 goals and 16 assists.

She didn’t think that she would be playing soccer after high school. Not only did Matthews play at UT Tyler, but she also signed a professional soccer contract in 2017 with the Iceland pro team, UMF Afturelding/Fram.

Mahomes has found inspiration in Matthews’ tenacity while playing.

“I am extremely proud of the level of play she has gotten to because all of it is from hard work,” he said about his girlfriend and added, “Her competitive nature is one of the many things I love about her. She hates losing and wants to be the best. She works extremely hard to be great and it inspires me to work just as hard.”

She Has a Fitness Business

After playing soccer in Iceland, Matthews officially retired and is now in Kansas City where Mahomes plays for the Chiefs in the NFL. Since then, she has been giving everyone #FitnessGoals on social media.

Matthews started a personal training business in Kansas City and helps her clients meet their fitness and health goals. She designed 25 workouts that stem from her soccer-playing days and her expertise in kinesiology.

Patrick Mahomes is turning into a game-winning force for the Kansas City Chiefs as they advance in the 2018 NFL season. And rest assured, we’ll be seeing a lot more of Brittany Matthews at his games, cheering him on.