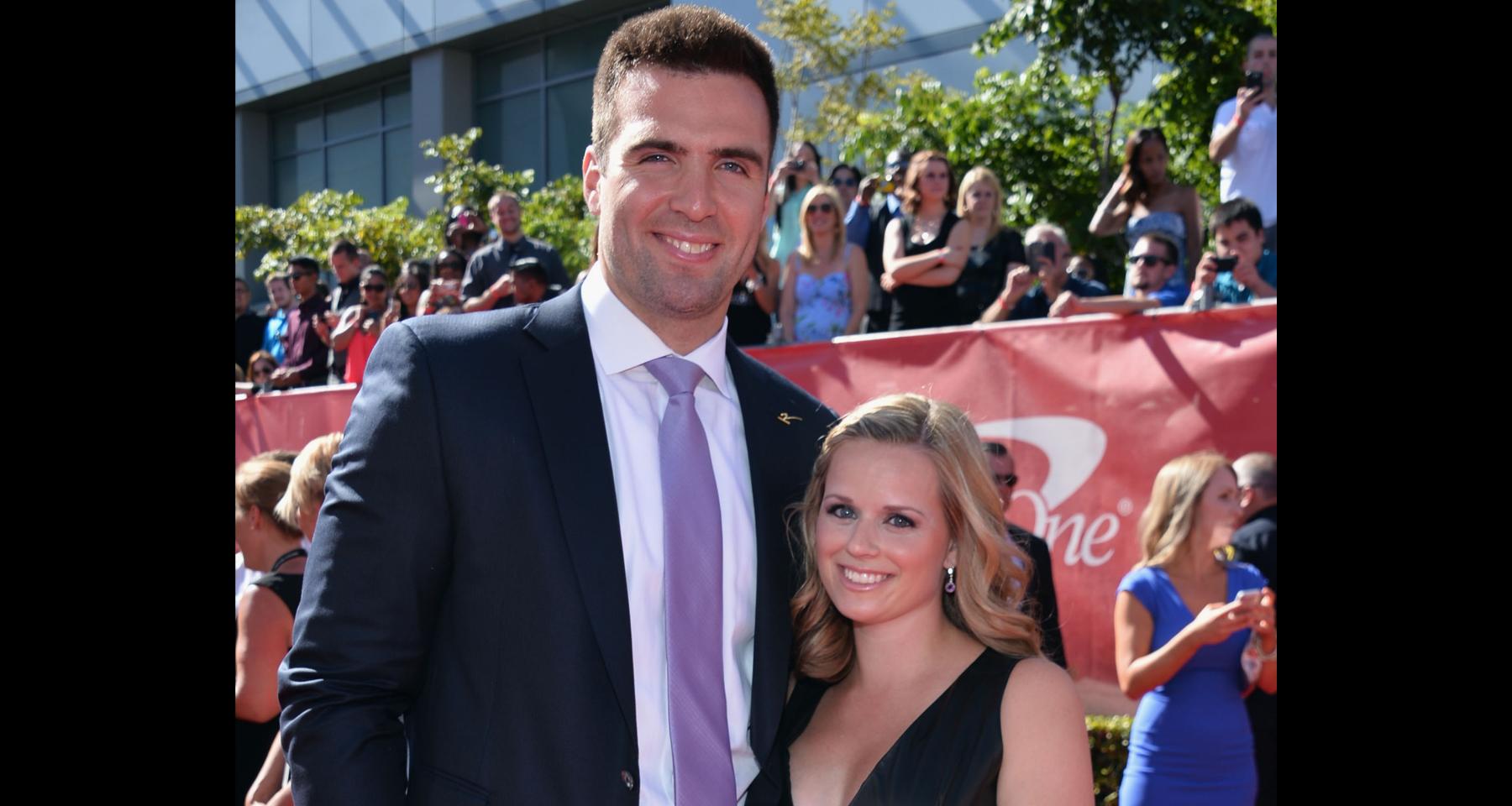 Baltimore Ravens quarterback Joe Flacco played a great game last night (September 30) against the Pittsburgh Steelers. He threw a pair of first-quarter touchdown passes and completed 28 out of 42 passes for 363 yards. Now, many want to know more about him, especially his personal life. Is Joe Flacco married? Yes, he’s happily married to Dana Grady Flacco, and she’s been supportive of his career since day one. If you want to know more about Joe Flacco’s wife, then we have some information on her, right here!

Who Is Dana Grady?

Grady comes from a big family. She has a brother named Zachary, and two sisters, Sara and Lisa.

Grady and Flacco were both raised in the same town in New Jersey. The sweet couple met each other when they were seniors at Audubon High School.

The couple decided to get married in 2011, seven years after they graduated from high school. Their wedding ceremony was held at the Holy Savior Church, and the reception was at the beautiful Hyatt Penn’s Landing in Philadelphia.

Dana and Joe Flacco Have Five Kids Together

Brought the family to work today ? thanks @ravens for the picture

The couple welcomed their first son, Stephen Flacco, in June 2012.

On behalf of the Flacco family we’re proud to announce the arrival of 8lb Stephen Flacco. Dana, baby & Joe are all doing well -Team Flacco

Their second son, Daniel Flacco, was born on September 15, 2013, just an hour before the Ravens’ home opener started.

Joe Flacco helped Baltimore in their 14-6 win and rushed to the hospital to see his wife and newborn baby after the game.

Joe Flacco's wife gave birth to the couple's second child about 30 minutes ago. Flacco will play today vs. Browns.

Their third child, a son they named Francis Flacco, was welcomed into the world on January 20, 2015. While he also wasn’t present for the birth of his second child, Flacco made sure to skip the Pro Bowl to be there with his wife during the birth of their third kid.

The couple’s only daughter, Evelyn Flacco, was born in September 2016.

Flacco spoke about her birth and said, “It was definitely different. Seeing a girl come out after three boys was a bit of a shock. Everybody is beyond overjoyed, beyond pumped.”

On April 6, 2018, the couple welcomed their fifth child, a son they named Thomas Kevin Flacco.

Joe Flacco and the Baltimore Ravens are scheduled to play their next game on October 7, 2018 against the Cleveland Browns. And the football quarterback’s lovely wife, Dana Grady, will definitely be cheering him on!