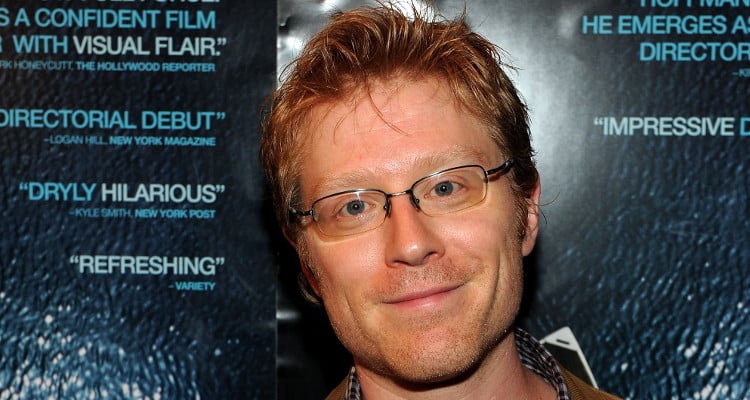 Anthony Rapp accused Kevin Spacey of making a pass at him over 30 years ago. He says he was encouraged to come forward with this accusation in light of the Harvey Weinstein scandal. Rapp has a rich career on TV, Broadway, and in film as an actor and singer. He defines himself as queer, and came to the premiere of his latest TV show, Star Trek: Discovery hand-in-hand with his boyfriend, Teerakeni.

More people are coming forward with claims of sexual harassment and assault against established Hollywood personalities. The latest figure to be accused is the Oscar-winning star of American Beauty, Kevin Spacey. Anthony Rapp accused Spacey of making a pass at him over 30 years ago at a party in Spacey’s apartment. Rapp, who is now 46 years old, alleged that this inappropriate interaction happened soon after meeting Spacey while the two performed on Broadway. Rapp, then 14 years old,  was invited to a party at the then 26-year-old Spacey’s apartment when the incident occurred. With media interest rising in the actor, here are a few details from Anthony Rapp’s wiki.

Childhood Passion for the Arts

Born on October 26, 1971, in Chicago, Illinois, to Mary Lee Baird and Douglas Rapp, Anthony Rapp is a film and stage actor and singer. He is famous for his role in the Broadway production of Rent in 1996, acting in the 2009 film version as well, and playing Charlie Brown in the Broadway musical You’re a Good Man, Charlie Brown in 1999. He played Lucas in the musical If/Then in 2014, and is currently portraying Lieutenant Paul Stamets in the sci-fi TV series, Star Trek: Discovery. Rapp gravitated towards theater and singing at an early age and performed in high school and the Interlochen Arts Camp.

From a photo shoot during our junket.

Rapp started his Broadway career in 1981 with the musical The Little Prince and the Aviator before being in shows like Evita, The Destiny of Me, Little Shop of Horrors, Without You, Pop!, and The 24 Hour Plays. He went on to appear in Adventures in Babysitting, Dazed and Confused, A Beautiful Mind, School Ties, Road Trip, Six Degrees of Separation, and An American Family. He also acted in several TV shows such as The X-Files, Law & Order: Special Victims Unit, The Beach Boys: An American Family, The Knick, and The Good Fight. Thanks to his steady career, Anthony Rapp’s net worth is a modest $1.5 million.

There has been speculation for a long time about Rapp’s sexual orientation. In 2012, Metro Weekly named him “one of the first openly gay men on Broadway.” Rapp defined his sexual identity as queer in an interview with Oasis Magazine in 1997 saying, “I don’t want to get into labels, but I’ve never labeled myself except to say I’m queer. The thing that’s been most important to me to be out about is that I have been in loving relationships with men…I haven’t said ‘I am gay.’ Because the truth is that I’ve also been in love with women, although the truth is I do think I’m primarily homosexual….” Anthony Rapp’s allegations against Kevin Spacey has put the spotlight back on his sexuality.

Rapp accused Spacey of picking him up, climbing on top of him, and making a sexual advance towards him. He said that he felt compelled to make his accusation public after seeing many women speak out against Weinstein. Anthony Rapp’s boyfriend,  Teerakeni, attended the Star Trek: Discovery premiere with him in Los Angeles, California, laying to rest some doubts about Rapp’s personal life. Photographs of the couple are all over Anthony Rapp’s Instagram account, along with his selfies, and stills from Star Trek: Discovery.