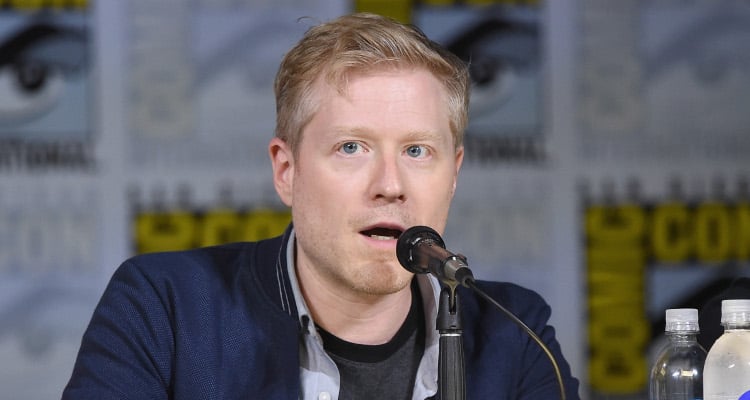 Kevin Spacey and Anthony Rapp have been dogged by rumors about their sexual orientation for most of their careers. Rapp’s recent revelation about a meeting with Spacey long ago only adds to the speculation. But, is Anthony Rapp gay? Here’s what he has to say.

During his theater days, Rapp met another musical star, Kevin Spacey, who is now more famous as the new POTUS on House of Cards. Rapp accused Spacey of making a sexual advance at him when he was 14.

Many speculate that Kevin Spacey is gay, and some are now wondering if Anthony Rapp is gay, too. Here’s what he said about his long-speculated sexual orientation.

Labels are for Cans

Anthony Rapp and Wilson Cruz portray the first gay characters of the Star Trek franchise. Lt. Paul Stamets (Rapp) and Hugh Culber (Cruz) have a workplace romance on Star Trek Discovery, but “the fact that we are two men in a relationship is not the focal point of any story,” says Rapp.

Besides playing a gay character on screen, Rapp’s sexuality off screen has been the subject of speculation since he starred in Rent. A few years ago, he was referred to as an openly gay leading man in theater. For years, he championed the rights of the LGBTQ community and their portrayal on screen. But Rapp believes labels are for cans, not people.

“I don’t want to get into labels, but I’ve never labeled myself except to say I’m queer. The things that’s been most important to me to be out about is that I have been in loving relationships with men. That is what I think is most important with any kind of visibility at this point is for people to see that …”

Rapp dated men and has been attracted to women, but that hardly defines who he is and said, “I haven’t said ‘I am gay.’ Because the truth is that I’ve also been in love with women, although the truth is I do think I’m primarily homosexual. But the whole debate about bisexuality gets tiresome to me and I don’t want to enter into it.” He continued, “People have such misconceptions about it. I’m really happy that right now there’s a great conversation going on about fluidity, because I think that for a lot of people, that’s the case.”

If Rapp does have to get into labels, he prefers “queer” because that he says “encompasses lesbian, gay, bisexual, everyone. Even lesbian and gay separate men and women, and the future’s all about inclusiveness.”

Rapp’s acting career began when was only nine and said, “Because I grew up in theater, I was around gay people from a young age. The weird thing for me looking back is that I have no memory of when the labels or the words ‘gay’ or ‘lesbian,’ etc., entered my vocabulary.”

The actor narrated an incident at 14, where he was caught with a boy by his friend’s father who shared it with his wife. She told Rapp’s mother who confronted him later.

Rapp is an inspiration to a lot of young kids who relate to him. But when he was their age, he had no role model to look up to. He talks about dealing with feelings of shame when his mother confronted him. His father and friends were fine with his sexuality while his mother, though initially upset, came around soon enough.

In the wake of all the Harvey Weinstein accusations, Rapp opened up about a similar experience when he was 14.

Rapp met Spacey, another musical star, in 1986, when they both appeared on Broadway. The then 26-year-old Spacey allegedly invited Rapp to his apartment for a party. The bored teen found himself alone in the apartment after the party finished and Spacey was seemingly drunk.

The actor said that Spacey “picked me up like a groom picks up the bride over the threshold. But I don’t, like, squirm away initially, because I’m like, ‘What’s going on?’ And then he lays down on top of me.”

Rapp alleged that Spacey tried to hold him down, but he managed to escape and said, “He was trying to seduce me.” He continued, “I don’t know if I would have used that language. But I was aware that he was trying to get with me sexually.”

The young star escaped into a bathroom where he saw a picture of Spacey with a guy and guessed he was gay. Rapp said Spacey followed him to the door as he was leaving, despite trying to coax him to stay.

After that encounter, Rapp never reached out to Spacey. They later crossed paths at the 1999 Tony Awards where the younger actor was performing. Rapp claimed he saw a flash of recognition in Spacey, but he ignored the House of Cards star and maintained his distance.

The musical star was motivated to share his story after several people came out alleging big names in the industry for sexual harassment.

Rapp shared his experience and said, “Not to simply air a grievance, but to try to shine another light on the decades of behavior that have been allowed to continue because many people, including myself, being silent. … I’m feeling really awake to the moment that we’re living in, and I’m hopeful that this can make a difference.”

Meanwhile, Kevin Spacey issued a statement on Twitter and apologized to Anthony Rapp. He also made a shocking revelation about his sexuality.