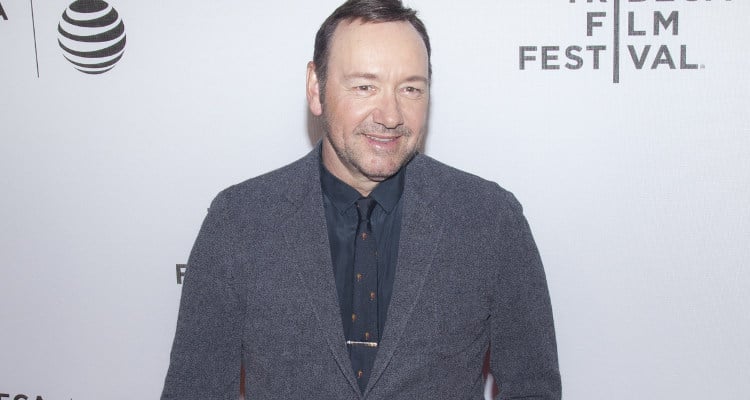 Kevin Spacey is a very talented American actor, singer, producer, comedian and film director. He has won several awards throughout his acting career and is best known for his role as Frank Underwood in the political drama series, House of Cards. We all know you must be searching for Kevin Spacey’s wiki, but worry not as we have assembled all the information about him right here. For his role in House of Cards, he has won two consecutive Screen Actors Guild Awards for Outstanding Performance and a Golden Globe Award for Best Actor – Television Series Drama.

The Emmy awards, which aired on Sunday, showed Kevin Spacey looking handsome, but not more handsome than the mystery man he was sitting next to! The Twitterverse blew up with people wondering who the dashing mystery stud was in the seat next to Spacey. Everyone is curious to know more about Kevin Spacey’s fine friend and have taken to social media to figure out who he is.  The mystery was soon solved and the hunk sitting next to Spacey during the Emmy Awards was talent manager, Evan Lowenstein. He is reported to represent Spacey and the paparazzi has spotted both of them together on several occasions.

Now that we know about the mystery guy (and a little more about the talented, Kevin Spacey) let us dig deeper into Kevin Spacey’s wiki and learn a little extra about him.

I bet Boston could beat all of us in a Race to the White House . . . lawn!

Kevin Spacey Fowler was born on July 26, 1959 in South Orange, New Jersey. His father was the late Thomas Geoffrey, who was a technical writer and a data consultant. Spacey’s mother, the late Kathleen Ann worked as a Secretary. He belongs to Swedish, English and Welsh heritage. Spacey has two older siblings, one sister and one brother.

Since his childhood, Spacey was fond of acting. He even participated in the school’s senior production of The Sound of Music. He adopted “Spacey” as his stage name. Spacey was his paternal grandmother’s maiden name. Spacey was also equally interested in being a comedian, as he did stand-up comedy during his college days.

Spacey has been a part of several movies, however, his acting career started with theater. He participated in several plays during his college days and right after his graduation. Some of his famous movies include, Heartburn, Working Girl, See No Evil, Hear No Evil, Dad, A Show of Force, Henry & June, Consenting Adults, Iron Will, The Ref, Swimming With Sharks, The Usual Suspects, Outbreak, Looking for Richard, Albino Alligator, L.A. Confidential, The Negotiator, A Bug’s Life, American Beauty, Casino Jack, The Social Network, and Nine Lives.

Besides being famous for his movies, he has also acted in several television series such as, Wiseguy, Recount, House of Cards, Saturday Night Live, and Fall From Grace.

I’m a man of the people. Even I like to take a selfie outside my house from time to time. Welcome to my Instagram.

Kevin Spacey earns a good amount of money due to his brilliant acting. His net worth is estimated to be a whooping $80.0 million!

His various endorsements and brand promotions are also one of the reasons for his growing net worth. His yearly income is calculated to be around $9.4 million. His movies have also contributed a lot to his growing net worth, so let’s take a look at his movies and TV series, and the earnings from them.

Ran into my old pal while in Nashville. We recorded a film together called Elvis & Nixon Hitting Theaters April 22nd #elvisandnixon

Kevin has always been very secretive about his dating life. He was never spotted with any woman and he has never revealed details about his personal life. In fact, many people though that Spacey was gay. He dismissed the rumor by saying, “I’ve just never believed in pimping my personal life out for publicity. I’m not interested in doing it. Never will do it. They can gossip all they want; they can speculate all they want. I just happen to believe that there’s a public life and there’s a private life. Everybody has a right to a private life no matter what their profession is.”

Kevin was dating April Winchell back in the year 1976, however they broke up due to unreported reasons. Currently, there is no information about Kevin’s girlfriend as he does not believe in talking about it.