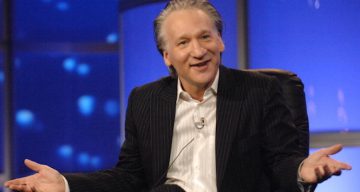 Once again, comedians are on the chopping block, and this time it’s Bill Maher’s turn! The 61-year-old host of Real Time made a joke that some didn’t find funny, making him the latest target in the entertainment industry. Now, everyone is looking into the comedian’s life and trying to find out more, including details about Bill Maher’s girlfriend. So, if you want to know more about her, then have a look at our Anjulie Persaud wiki.

Anjulie Persaud’s parents emigrated from India to Guyana and then immigrated to Canada. She was born on May 21, 1983 in Oakville, Ontario and is an award-winning singer, producer, and writer. She sang the hit song “Brand New B***h” and wrote Canadian singer Kreesha Turner’s hit song, “Don’t Call Me Baby,” among others.

For Anjulie Persaud’s photos, you can find them anywhere online or on her Instagram. She has photos with other celebrities and promotes her latest songs and albums. There are also short clips of her writing, singing on her keyboard, and playing her guitar. As for new music? Anjulie has started posting clips of new material, promising to post a clip of new original music every Monday! You’ve got to check out some of her Instagram clips because not only is she beautiful, she is incredibly talented!

She Produced the Theme Song for Real Time

On her Instagram, Anjulie posted that she produced the theme song for Maher’s HBO show, Real Time.

The post was captioned, “New theme song for Real Time with Bill Maher produced by Anjulie Music Productions airs tonite at 7pm on HBO. Tune in to check it out [sic].”

They’ve Been Seen Together

Maher and Anjulie have been spotted in public together, most notably on the beach in Hawaii, back in 2015. They’ve been together since 2014 and despite their 27-year age difference, they seem to have found a lot in common with each other. Maher also dated author Karrine Steffans, Playboy Cyber Girl CoCo Johnson, and neuroscientist Cara Santa Maria.

Bill Maher and the “N-Word”

Bill Maher recently interviewed Ben Sasse, the Republican senator from Nebraska, who made a comment about Halloween and working in the fields. Maher jokingly replied, while throwing up his hands, “I’m a house n****r,” though, clearly not everyone found it funny. He immediately informed the audience was joking but nonetheless, everyone on the show enjoyed a laugh.

He immediately apologized on Saturday and HBO decided not to air the N-word in the segment for future broadcasts —yes the network will still air that episode again, but more on that later.

“Friday nights are always my worst night of sleep because I’m up reflecting on the things I should or shouldn’t have said on my live show. Last night was a particularly long night as I regret the word I used in the banter of a live moment. The word was offensive and I regret saying it and am very sorry.”

HBO also gave a statement regarding Maher’s comments on Friday.

“Bill Maher’s comment last night was completely inexcusable and tasteless. We are removing his deeply offensive comment from any subsequent airings of the show.”

Maher’s comments come on the heels of Kathy Griffin’s own political controversy with President Donald Trump and then there’s Stephen Colbert’s comments about Trump and Putin, for which he received criticism. Larry King came to Maher’s defense and so did some of Maher’s fans —although, the NAACP weren’t happy with Maher. Chance the Rapper asked that the episode not be aired but, as we already know, HBO plans on doing just the opposite. Many have also noticed that Maher isn’t losing any jobs, unlike Paula Deen and Kathy Griffin.

At the moment, Anjulie Persaud hasn’t commented on social media and appears to be focused on her music.

that time I went back to my natural hair color