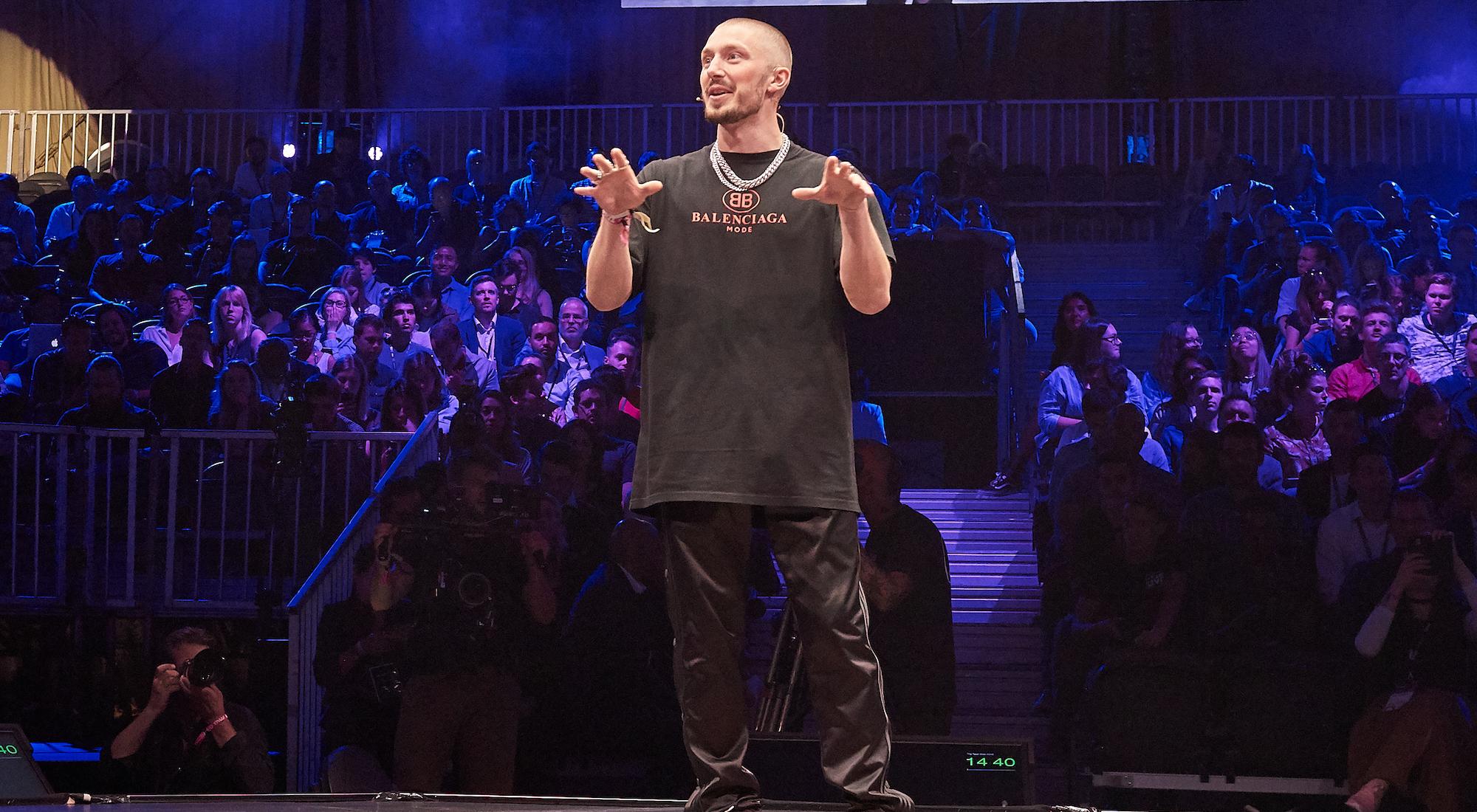 Just when you thought you saw it all, along came Tom London, a U.K. based magician who uses technology and illusion to perform some of the most unbelievable magic tricks! London wowed the judges and audience members by performing a trick that “had never been seen before.” People were left stunned and impressed with his unique trick. He is definitely one of the acts to watch out for on America’s Got Talent 2017.

Who doesn’t like to watch magic, especially when the tricks are so inexplicable and exciting? That is why the audience was mesmerized when they watched Tom London in action on the AGT stage. He is a U.K. based close-up magician and radio personality. London is one of the youngest members of The Magic Circle, a British organization dedicated to promoting and advancing the art of magic. He is also the founder of the internationally recognized internet radio station, FILTH FM.

Tom London’s magic trick at his audition for America’s Got Talent 2017 blew everyone away, including the judges, with its novelty and element of surprise. It left everyone with gaping mouths, wondering who London is. Are you looking to learn more about this musical maniac? We have some details from Tom London’s wiki, right here.

Born on November 12, 1991 in Ashford, Kent, U.K., Tom London’s age is just 25. He grew up in Ashford and attended St. Edmund’s School in Canterbury. London became interested in close-up magic tricks at the young age of 16 and started learning and practicing the craft. Soon, he became so good at it that he was able to persuade a restaurant to allow him to perform. French magician, Etienne Pradier, heard of London’s performances and invited him to learn advanced close-up magic tricks from him. After his apprenticeship with Pradier, London was confident and skilled enough to perform professionally and at corporate events like Tesco’s Christmas parties.

Magic for the 21st Century

London has been described as the “Mr. Robot of magic,” thanks to his tricks that usually involve an element of technology. His website describes him as the first magician to use magic and illusion to hack and manipulate technology. London is a self-taught computer programmer and classical illusionist, who merges widely different worlds to come up with his unique genre of magic for the 21st century. Today, London is in great demand and has traveled the world five times over performing his interactive, live digital magic shows at private and corporate events. Tom London’s America’s Got Talent’s audition is a great example of his work.

The First Time Ever

In his audition, London promised the judges that he would do “something that has never been done before.” He requested the audience to hold up their cell phones, which immediately began to ring and light up in different colors. He then requested judge Simon Cowell to pick any three audience members whose phones had turned red to join him on stage. He then asked a different question to each the three audience members, which all had numerical answers. London told host Tyra Banks to multiply the numbers and, without looking, type in eight numbers and add it to the previous amount. The total came to 73,928,547, which London wrote on a whiteboard. He then showed a video clip (which was recorded hours before his audition began) in which he is holding a placard showing the same number, 73,928547! The judges and the audience were dumbfounded.

Magic in His Blood

There is no information about Tom London’s family, but as he has made it through to the next round in America’s Got Talent 2017, we hope that more information about his personal life will soon be revealed. In the meantime, you can catch up on the magician through his social media accounts. Tom London’s Instagram account is full of his pics where he is all dressed up for the camera, performing magic tricks, with his friends, and taking dance classes. London’s tricks are too good and convincing and appear real. Could this really be magic?