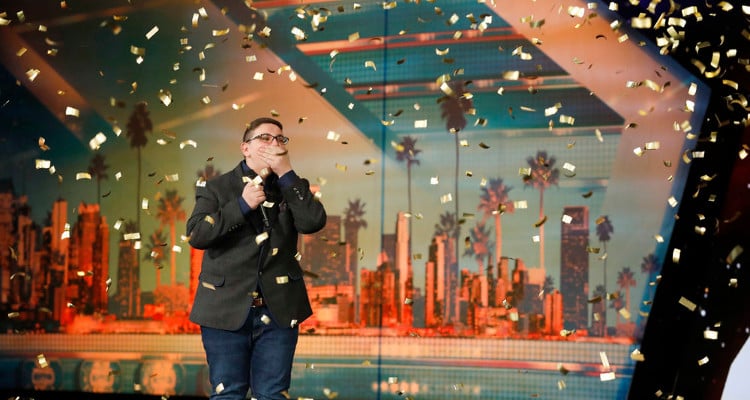 The Golden Buzzer on America’s Got Talent

The concept of the golden buzzer was introduced in Season 9 of America’s Got Talent. As per the rules, each judge is allowed to press it only once during the season. Upon receiving a golden buzzer press from a judge, the contestant can directly enter the next round, regardless of the other judges’ votes. It was initially introduced as a way to break ties.

Then, in Season 10, the golden buzzer was upgraded to send a contestant straight to the live shows, and guest judges were also given the power to use it. In Season 11, the power was extended to allow the show’s host, Nick Cannon, to use the golden buzzer.

Since its introduction in Season 9, there have been many acts that have received the coveted golden buzzer. We have the complete list of contestants who made it straight through to the live shows, thanks to the golden buzzer. This season, judges Mel B., Simon Cowell, and Howie Mandel have already pressed their golden buzzers, while judge Heidi Klum has yet to find an act worthy enough to be sent to the live shows.

With the debut of the golden buzzer, judge Howie Mandel sent Emmanuel & Phillip Hudson to the next round, while Howard Stern used his on Dustin’s Dojo. Sadly, neither of the acts progressed to the quarterfinals.

As AGT entered its 10th season, the golden buzzer rules were tweaked to allow performers that received the honor to go straight to the quarterfinals. Howie Mandel was the first to press it for Drew Lynch, a comedian with a speech impediment. Next, Howard Stern used his for Freckled Sky, a dance duo. Mel B. used hers for Sharon Irving, a singer. While Heidi Klum pressed the buzzer to a young Opera singer named Arielle Baril.

Season 10 also allowed guest judges to use the golden buzzer while on the show. Neil Patrick Harris used his for comedy magician, Piff the Magic Dragon. Michael Bublé helped vocal duo The CraigLewis Band progress with his golden buzzer. Marlon Wayans was the next judge to press the golden buzzer for ventriloquist Paul Zerdin, and Piers Morgan put dance group, Siro-A through to the quarterfinals.

There were no changes in the golden buzzer rules, except that host Nick Cannon was also allowed to press it. Mel B. was first to use the buzzer, sending 13-year-old opera singer Laura Bretan to the live shows. Howie Mandel was next to use it for 12-year-old singer, ukulelist, and eventual winner of Season 11, Grace VanderWaal. Heidi Klum was next to press the golden buzzer for 20-year-old jazz singer Sal Valentinetti. Finally, Simon Cowell pressed the buzzer for 16-year-old singer Calysta Bevier. Host, Nick Cannon decided to forgo the rules and sent 90-year-old striptease dancer, Dorothy Williams to the live shows.

The rules have not changed this season and, so far, Mel B. has pressed the golden buzzer for 12-year-old singing ventriloquist, Darci Lynne Farmer. Simon Cowell was next to press it for 29-year-old deaf singer Mandy Harvey, and Howie Mandel pressed the button (the third and most recent golden buzzer of the season) for 16-year-old singer, Christian Guardino.

Catch all the incredible acts and performances on America’s Got Talent airing Tuesday nights at 8 p.m. EST on NBC.