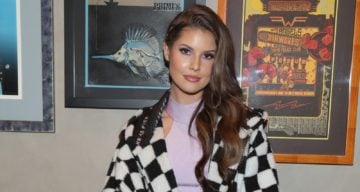 Amanda Cerny is funny, entertaining, and #fitnessgoals, well deserving of being one of the top YouTubers on the platform. You’re missing out on a lot if you’re not one of her 2.7 million subscribers. Nonetheless, we’ve got Amanda Cerny’s wiki to give you that little nudge to click on the subscribe button.

Amanda Cerny was born on June 26, 1991 and hails from Pittsburgh, Pennsylvania, but was raised in Florida. She currently resides in California where her career is based. She reportedly has Czech, German, and Italian heritage.

Her mother, Amy Reed, is a mixed martial artist with her own YouTube channel with self-defense tutorials. Amanda also has a sister, Samantha Cerny.

Very little is known about her family, but apparently Cerny is related to Nick Bateman, who is another hot model on social media. According to one of her posts, they are half-siblings with the same dad.

My half brother from another mother @nick__bateman ❤️👑 👑 Thanks for the good genes dad ! 💪🏼 #family #siblinggoals

Bateman has featured on Cerny’s YouTube channel and a few of her social media posts. In one such post, they teased their fans that they may or may not be siblings. Nonetheless, they are not a couple as many speculate.

Cerny Was a Playboy Model

She had been modeling since she was 15 years old, but it was in 2011 that she found fame in the pages of Playboy.

Back then, a teen Cerny’s school classmate, Kelly Carrington, was crowned Playmate of the Month for October 2008. Inspired by her friend, Cerny sent her photographs to Playboy.

The mag responded quickly, calling her in for a test shoot. Soon enough, she was featured in the coveted centerfold of Playboy.

Cerny was named Playmate of the Month for October 2011. She would go on to take a year off from Florida State University, where she was studying, to focus on her modeling career.

The vegan model was able to parlay her popularity into social media fame. She graduated from Vine and posted funny and entertaining videos along with fitness tutorials on YouTube.

It wasn’t long before Cerny’s subscriber base grew to over 2.8 million. Her Instagram follower count boasts a staggering 26.2 million people and counting.

She’s known to collaborate with other social media personalities, most famously with Logan Paul. She even counts Bateman, Juanpa Zurita, Jake Alvarrez, Josh Peck, and Jake Paul among her collaborators.

She was able to sign deals with brands like Guess, Tinder, and Paramount, and also has her own fitness empire, Cerny Fit.

Amanda also has a thriving career as an actress. She appeared in Adam Devine’s House Party and has a 2019 lineup of appearances in Ryan Hansen Solves Crimes on Television and Sober Coach.

She also uses her fame and wealth to do good like contributing to relief efforts when natural disasters devastated Haiti and Puerto Rico. According to her Instagram bio, she’s a UN Environment & Wildlife Ambassador.

Bartl is a huge fitness sensation on Instagram, where he was over two million followers. He and Amanda have been an item since 2017 and he’s featured in her videos, too.

She even went Instagram official with their relationship with a funny skit.

Meet my new boyfriend!!!! We are probably going to get married, buy a dog, have three children ( 2 boys 1 girl) and live happily ever after in our house on the prairie!!!!😍😍😍🔥 ( @taylorcutfilms @lourdesgabrielalopez @johannes.r.bartl @alyssalynch @directedbystro @stephaniekaymeyer #AmandaCerny)