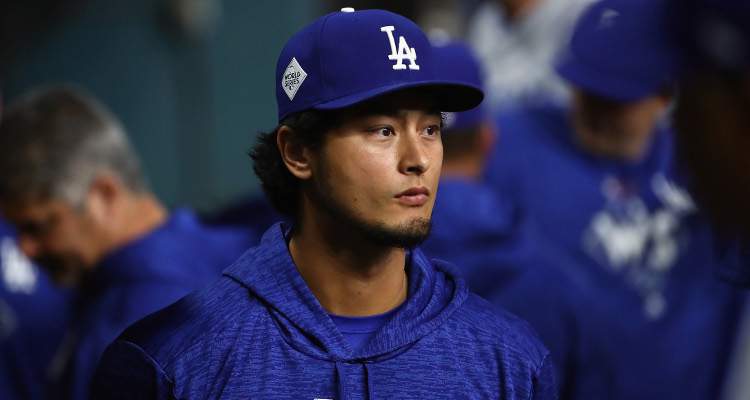 Yu Darvish is not the only one with sporting accomplishments in the house. The pitcher’s wife, Seiko Yamamoto, can give any L.A. Dodger a run for their money. Find out all about the Dodgers WAG right here.

The Los Angeles Dodgers’ Yu Darvish makes sports headlines on a regular basis, particularly at the World Series for a non-baseball-related incident. While Dodgers fans still hate Yuli Gurriel for a racist gesture he made towards Darvish, the Japanese player doesn’t hold it against him. He’s one of the best players in the league, and Yu Darvish’s wife has an equally stellar sports career. Find out more about her in Seiko Yamamoto’s wiki right here.

Seiko Yamamoto is a premier wrestler from Japan, the country that has dominated the international female wrestling scene for years. She holds four world titles, and two Asian Wrestling Championships so far. These days, however, she’s content playing the role of a Dodgers WAG, cheering on her beau.

The wrestler comes from a family of athletes. Her father, Ikuei Yamamoto, was also a wrestler who represented Japan in the 1972 Olympics.

Yamamoto and her siblings began training from an early age. She was reportedly three years old when she started training. Her sister, Miyu, won world championships in wrestling and MMA.

Meanwhile, her brother, Norifumi “Kid” Yamamoto, competes in the UFC’s Bantamweight division. He narrowly missed a spot to compete in the Olympics after a seven-year gap in amateur wrestling.

She Missed the Olympics

In a four-year winning streak, the 37-year-old defeated strong opponents from Russia, Canada, and Ukraine to take the world titles across the 55-kg and 59-kg classes. She took a break from wrestling twice when she was pregnant, but came back to hold her own on the mat.

But despite her success in the sport, she never got the chance to compete in the Olympics. Women’s freestyle wrestling was added to the Olympics lineup in 2004, but it only had four weight categories as opposed to seven in the world championships.

Yamamoto had to drop to a lower weight class to try for the 2004 Athens Olympics. She also had to win the Japan Queen’s Cup to qualify. But she was defeated by Saori Yoshida, who became the first-ever gold medalist in the 55-kg category.

While Yu Darvish’s net worth is estimated at $23.0 million, Yamamoto’s net worth hasn’t been calculated.

The pics from when I was head coach for us women's wrestling junior national team . 3年前の今日はまだジュニアの監督してたんだどの写真も私凄く楽しそう!大変より楽しいが勝ってた！#teamusa pic.twitter.com/loAIcpzeke

In 2006, Yamamoto married professional athlete Hideaki Nagashima, who played for the Japanese national handball team. She briefly retired from wrestling to focus on her family with Nagashima.

Yamamoto gave birth to their son in 2007. And a few years later, she came out of retirement to try for the 2012 London Olympics. She won the Poland Open two years after giving birth.

Nagashima and Yamamoto divorced in 2014 and are parents to two sons. But it’s not known if the children live with Yamamoto in the U.S. or with their father in Japan.

Darvish was married to Japanese actress, Saeko. Because of their similar names, these two ladies were often mistaken for each other in the media.

The baseball player married the actress in November 2007, shortly after announcing that she’s pregnant. Their first son was born in March 2008, and the second one in 2010.

Darvish’s divorce from Saeko was finalized the same day he signed the official contract with the Texas Rangers.

I got my brother’s coaching for the first time today . I’m incredibly impressed with his philosophy of MMA. #kidyamamoto #mma #coachkid pic.twitter.com/oSGWBHlu3N

Both Darvish and Yamamoto are extremely private about their relationship and home lives. They usually refrain from sharing too much on the social media.

In 2015, Darvish announced on Twitter that his then-girlfriend, Yamamoto, gave birth to their son. The couple is so private that they rarely feature their children on social media and have not revealed their sons’ names. There isn’t even information on when they married, except that Yamamoto changed her online name to Seiko Darvish.

Seiko Yamamoto’s Instagram is private, but she’s active on Twitter, posting about her hubby’s games. When Yuli Gurriel reportedly made racist gestures at Darvish during the World Series games, she broke her policy and took to Twitter.

A translation of the tweets reveals that she is upset by Yuli Gurriel’s behavior. But since Yu Darvish is taking it in stride and claims that Gurriel need not apologize, Seiko Yamamoto supporting her husband.