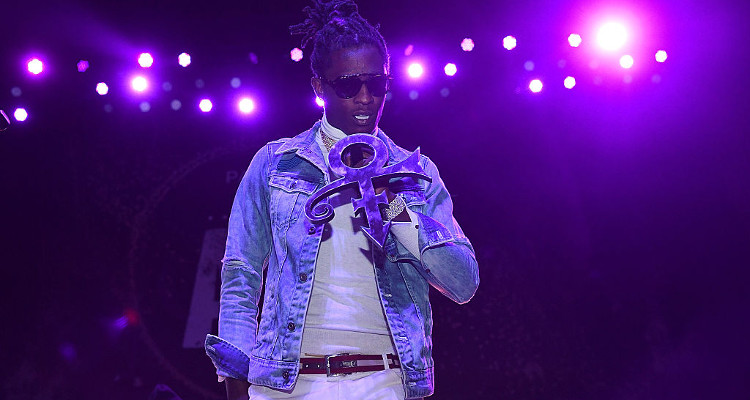 After teasing fans with trailers and hints for weeks, Young Thug has dropped his much awaited 2017 album. His new album has 14 new tracks that showcase his unique vocal style.

By show of hands, who has been waiting for Easy Breezy Beautiful Thugger Girls or, as they’re calling it, EBBTG? Young Thug’s new album is finally here and it’s worth the wait! After teasing us for weeks about the “singing style” Drake-produced album, the artist has collaborated with several hip-hop bigwigs and presented a new album to his fans. If you are dying to know more about the album, take a look at our Young Thug wiki, right here.

#1. He Comes from a Large Family

Jeffery Lamar Williams comes from Atlanta, the birthplace of many hip-hop greats. He is the second youngest of 11 children from Sylvan Hills, a neighborhood in Atlanta, and grew up in the Jonesboro South Projects.

Young Thug’s first mixtape, I Came from Nothing, caught the attention of fellow Atlanta rapper, Gucci Mane who signed him to his label, Brick Squad. His mixtapes that followed got rave reviews and he released his debut single, “Stoner.”

In 2014, it surfaced that Young was offered $1.5 million to sign with Future’s Freebandz label. But the speculation was refuted and his label said that he was a Brick Squad artist. He continued to produce several songs with Kanye West, who praised his talent for creating songs so fast. However, he signed with 300 Entertainment later that year.

His debut album was meant to reference his favorite artist, Lil Wayne’s Tha Carter series with the name Carter 6. But after alleged lawsuits against the name, Young renamed it to Barter 6 and released it as a mixtape. His debut album, Hy!£UN35 was released in 2015. Young was affiliated to Brick Squad, Freebandz, 300 Entertainment, and Birdman’s Rich Gang, which created confusion. Young clarified the rumors saying, “I manage myself. I’m signed with Atlantic. I have a big, special deal with Atlantic, and it’s only Atlantic. Birdman is my homie.” With his album sales and tours, he has earned a net worth of $3.0 million.

#3. How He Met His Future Wife

Young Thug is a father to six children by four different women. He says that having kids is the hardest thing he has ever done, but he doesn’t regret them. While he doesn’t get to spend much time with them, he provides for them and sends them to a private school. But he doesn’t have any children with the woman current in his life, Jerrika Karlae.

Karlae is an entrepreneur, who runs a swimsuit line. They first crossed paths more than three years ago at Gucci Mane’s studio. She was with her mother who manages Young Dolph. In an interview, she admits she found him cute, but wasn’t looking for love. So when he approached her the first time, she shrugged it off. “I was like, you’re a rapper and I already know what’s that about.”

Young explained his first failed attempts,“She was like, ‘No.’ I guess I was too street or something. And then the second time we met in Miami, and she was with her boyfriend.”

Nevertheless, they struck a friendship. When her boyfriend was out of the picture, it developed into something more when he took an interest in her swimsuit and makeup line. “He’s not only so into himself, he’s so into me and he’s really seeing potential in me,” she said. They couple is now engaged, but they’re not planning a wedding yet.

Young Thug has a unique music style that borders on rapping and autotune-heavy singing. So, when he first mentioned that he’s dropping a “singing style” album back in April, many were anticipating what he had in store. To add to the excitement, EBBTG is produced by Drake.

He recently shared the trailer for Beautiful Thugger Girls, while dropping hints about his collaborations. Young Thug finally released his new album on June 15 with 14 new songs, by posting a picture of a giant EBBTG cake on Instagram. Millie Go Lightly, Future, Snoop Dogg, and more have collaborated with him. And his Future-assisted song, “Relationship” is already getting much hype! Listen to “Relationship” feat. Future below, and stream EBBTG on iTunes and Spotify.