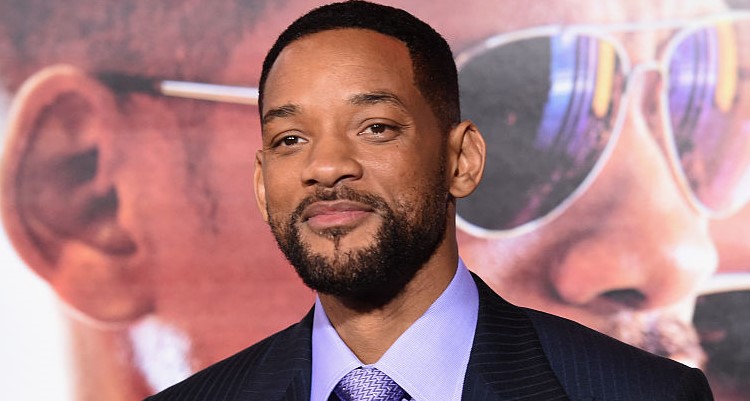 Will Smith and Jada Pinkett-Smith’s net worth is the topic of discussion after the Hollywood power couple gave actor Tyrese Gibson $5.0 million to make ends meet. How Rich is Will Smith? If you want to know more about Will Smith’s net worth of $260.0 million, then you came to the right place.

Will Smith, 49, was born Willard Christopher Smith Jr. on September 25, 1968 in Philadelphia, Pennsylvania. His father owned a refrigeration company and his mother was an employee with the school board. Growing up in a middle class family, the Fresh Prince of Bel-Air alum attended the strict Our Lady of Lourdes Catholic School, despite his family’s Baptist upbringing. He also went to Overbrook High School. Growing up in West Philadelphia, he was exposed to different cultures. He was also a good student and was known for his charm, which allowed him to get out of trouble and earned him the nickname “Prince.”

Will started rapping from a young age but eventually became a breakout star with the hit NBC show, The Fresh Prince of Bel-Air. The show was based on Will’s life except that his character (after getting into a fight) was sent to live with his rich cousins in the Bel-Air neighborhood of Los Angeles. Smith’s real-life friend DJ Jazzy Jeff was also on the show and played Will’s best friend Jazz, who was always getting thrown out of the house. It had high profile guest stars such as Queen Latifah, Tyra Banks, and Oprah Winfrey. The show successfully ran from 1990-1996 and is still one of Will’s most famous roles.

If there was anyone who made the smooth transition from rapper to TV/movie star, it was Will Smith. Just as Fresh Prince was ending, Will starred in the hit alien movie, Independence Day, for which he was only paid a modest $5.0 million. But the paychecks didn’t stop there and Will Smith’s pay per movie began to increase drastically. After movies like Enemy of the State, Men In Black, and Wild Wild West, Will had solidified himself as an A-list star and could do no wrong. He quickly became one of Hollywood’s highest earners and continued to star in a variety of genres with movies including Hitch, The Pursuit of Happyness, I Am Legend, Ali, and Suicide Squad.

In 1997, Will married Set It Off actress and Baltimore native, Jada Pinkett. Her net worth is reported at $20.0 million and she’s best known for her roles in Magic Mike: XXL, Gotham, and Girls Trip. Her net worth is much lower than Will’s because she decided to choose love over fame and allowed Will to be the family bread winner.

“When I came to Hollywood, I planned on being the biggest star,” she said to Rolling Stone in 1998. “But when I got with Will, I said ‘I’m going to have to compromise, because he’s not going to. That’s not even a discussion.”

She continued, saying “I choose Will, so now my work gets 40 percent. I can still have a career. I just won’t have the one I planned on. That will not happen. I put my family first.”

They had two children together: Jaden (b.1998) and Willow (b.2000). Will has another child, son Trey (b.1992), whose birth name is Willard Smith III, from his previous marriage to Sheree Zampino. They were married in 1992 but it only lasted three years and Will reportedly described it as “Chinese water torture.” The Smith kids (mainly Jaden and Willow) followed their parents’ footsteps in singing, modeling, and acting. They’re also known for being very different than what’s considered “normal” and are often criticized for their bold choices.

A Friend in Need

If getting millions of dollars is the Smiths’ equivalent of borrowing sugar, then we need some sugar! As many already know, Tyrese Gibson, 38, is going through a rough time, both emotionally and financially. With Dwayne Johnson (aka The Rock) reportedly getting his own movie based on his Fast and Furious character, Hobbs, the ninth film in the franchise has been pushed back, which means no payday for Tyrese. That, mixed with his financial woes having to pay a reported $13,000 per month in child support (while being forced by restraining order to stay 100 yards away from his daughter), Tyrese is quite possibly at the lowest point in his life. In come the Smiths, Black Hollywood royalty who are known for making everything better. According to UsWeekly, the Smiths loaned (we can assume it was a loan, not that they would miss it) Tyrese $5.0 million to keep him afloat while he deals with legal bills to pay for his custody battle, with his ex-wife Norma Mitchell-Gibson.

“When we show UP for each-other there’s nothing that can’t be done I repeat nothing,” Tyrese said on Instagram.

He added: “My wife kept the news away from me cause I’ve been on with lawyers all day but our family and our sister Jada-Pinkett Smith and my brother Will Smith just sent us 5 million dollars to help keep us afloat.”

Will and Jada told Tyrese not to post on social media, but as it turned out, that’s exactly what happened.