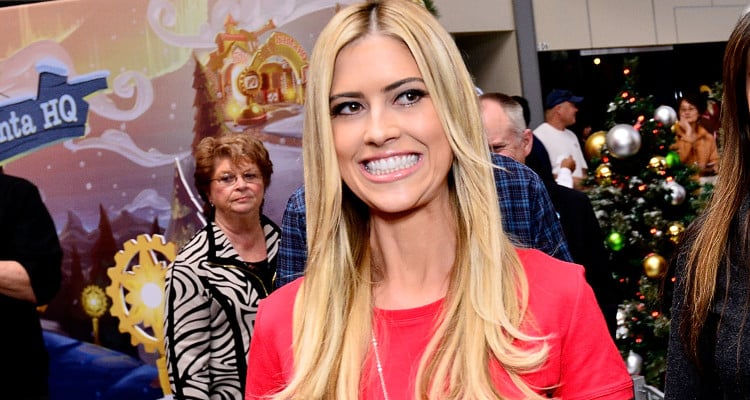 Despite their best efforts, Christina and her boyfriend, Gary Anderson could not continue their relationship. The Flip or Flop star split from Anderson because of pressures from the media, which turned out to be too much for the couple.

It wasn’t even good while it lasted! We are talking about the relationship between Christina El Moussa and her new boyfriend, Gary Anderson, who is allegedly the reason for Christina and Tarek El Moussa’s divorce. Though the divorce has not been finalized (Tarek filed for divorce in January 2017), many are blaming Gary Anderson for the famous couple’s split. For the last few months, people have been asking, “Who was Christina El Moussa dating?” Christina has been seen with her contractor boyfriend, and Gary Anderson pics have been splashed across tabloids following the El Moussa couple debacle.

Who is Gary Anderson?

Gary Anderson is a family contractor who was hired back in 2015 to do some work on the El Moussa’s swimming pool. It seems that Christina and Gary had a connection and sparks flew. This is where it gets a little muddy. While Christina’s husband suspected her of texting Anderson behind his back, they both denied that accusation. Once questions of who Christina El Moussa was cheating with pestered the two, both of them made a statement to In Touch saying, “Neither of us was involved in a romantic relationship with a third party prior to [Christina and Tarek’s] separation, or believes the other was.”

The Pressure Got to Them

In the end, their relationship could not take the strain and they decided to call it quits. Christina and Gary reportedly succumbed to “too many outside pressures.” So, they decided to go their separate ways, and now Christina is single. There is little hope of reconciliation with Tarek, as he did not take kindly to her relationship with Gary. A source says that it’s no wonder Tarek disliked the contractor because, “He’s in the same industry as Tarek, but he’s older and more established and has more money.”

Focusing on Her Children

After her alleged split from Gary, Christina is focusing on her home front. She has two young children who need a good upbringing, and they are now her responsibility. Though Christina and Tarek are co-parenting their children right now, things may change in the future after their divorce is finalized. Meanwhile, Christina is taking care of herself and her children, and trying to protect them from the intrusive media. Her representative told the New York Daily News, “Christina is single and being in a relationship is the last thing on her mind. She is taking this time to focus on her children and herself.”

Christina El Moussa and Gary Anderson were allegedly dating each other from mid-2016 and tried hard to make the relationship work. Unfortunately, the pressure of being under constant scrutiny ultimately got to them. Add to it the legal sword hanging over her head and Gary’s alleged dislike of kids, the relationship was doomed from the start. We hope that things stabilize for Christina and she can give her best to her two young children!