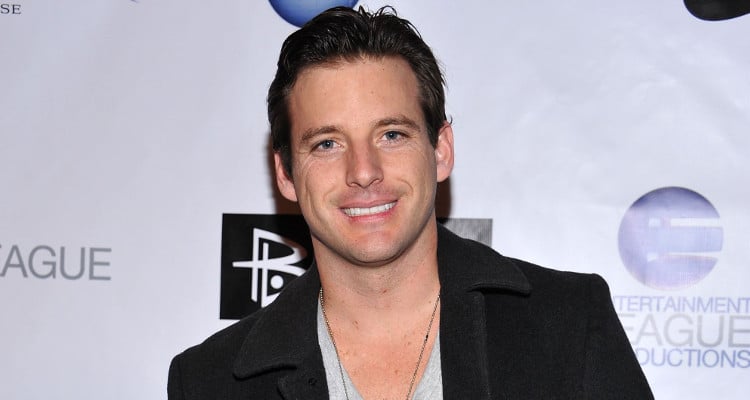 Vanderpump Rules star, Scheana Shay has a new man in her life! However, she is not ready to show off her relationship to the public. Who is Scheana Shay’s boyfriend in 2017? We’ve got all the details about him, right here.

Scheana Shay has not given up on love so fast. The 31-year-old model is currently dating actor and producer, Robert Valletta. Last year, in November, the Vanderpump Rules star split from her husband, Mike Shay. Sources reported that, Scheana and Valletta have been good friends for over a decade, and have supported each other throughout everything. It has just been a month and a half that they have become more than friends, and things have certainly become a little romantic between them.

But it seems the two are keeping their relationship under wraps. Neither of them have posted pictures with each other on their respective social media pages and apparently Scheana is waiting for the right moment to go public with her new found love. We know a lot about Scheana Shay, so how about we get to know her new boyfriend, Robert Valletta? Given below are some facts about Scheana Shay’s new boyfriend.

Robert Parks-Valletta, also known as Robert Valletta, is a model, actor, and a producer. If you are wondering about Robert Valletta’s age, then you should be aware that the actor is 35 years old. He currently resides in Tulsa, Oklahoma. His mother is Theresa Malaby, who worked at the post office. Handsome and standing tall at 6’ 1”, you would think he comes from good genes! His mom is part Cherokee and Robert’s father is of Italian and Portuguese descent.

Congrats to you @driesvannoten for your #100 show! Thank you for a truly special reunion of friends who feel like family. As always your clothes tell a beautiful and soulful story. #driesvannoten #90sfashion #now bravo team @pg_dmcasting @sammcknight1 @peterphilipsmakeup

American actress and fashion model, Amber Valletta is Robert’s sister. Throughout her modeling career, Amber has appeared a total of 13 times on the cover of American Vogue. Besides modeling, Amber has appeared in several movies such as Hitch, Raising Helen, What Lies Beneath, The Family Man, Perfume, Transporter 2, Man about Town, The Last Time, Premonition, Gamer, Days of Wrath, The Spy Next Door, and Girl Walks into a Bar. Amber has also been in a couple of TV shows such as House of Style, Revenge, Legends, and Blood & Oil.

Robert has Worked in Several Movies and TV Shows

Whistle while you work. #cabo

Like his sister, Robert has also worked and produced a couple of TV shows and movies. Although he is not a highly acclaimed actor, he has worked on TV shows and films like The Deleted (TV Series), The Head Thieves, Dutch Hollow, I Think My Babysitter’s an Alien, Room 206, Two Guys & a Gal, Frenzy, Pink Balloons, Sox, NCIS: Los Angeles (TV series), Go On (TV Series), Noobz, Bird Dog, CSI: Miami (TV Series), Frat Party, Hikeaway, Days of Our Lives (TV Series), He Set the Trend, and Ugly Betty (TV Series).

His Relationship with Scheana Shay

Scheana Marie Jancan Shay is an American actress and model. Currently, she is a part of Bravo’s reality series, Vanderpump Rules. Scheana got married to long-time boyfriend, Michael Shay on July 27, 2014. However, their marriage did not work out, and they decided to part ways on November 30, 2016.

Currently, Scheana is dating long-time friend, Robert Valletta. According to sources, “Scheana is waiting for the [Vanderpump Rules] reunion to air before she fully shares photos of her new boyfriend on her Instagram. The source further added, “For now they’ll live on her Snapchat and elsewhere.”

Scheana started dating Robert after filing for divorce in 2016. She is currently waiting for a Los Angeles County Judge to sign their divorce settlement.

Their relationship started when Robert’s sister, Amber, reached out to Scheana. Robert and Scheana spent New Year Eve’s together, and she looks happy with him. Do you think they should make their relationship official? Let us know your opinion in the comments section below!