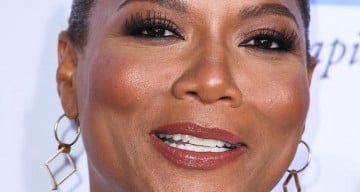 Queen Latifah’s relationship status has always garnered a lot of attention from her fans and the media. The 48-year-old rapper has always been notoriously private about her personal life. Often she was spotted with Eboni Nichols, which raised more eyebrows because Latifah never confirmed her relationship. If you want to know about Queen Latifah’s dating timeline, then keep on reading.

Right now Girls Trip actress Queen Latifah is mourning the loss of her mother, Rita Owens who was struggling with a heart condition. In a statement, Latifah revealed that Rita Owens passed away on Wednesday.

Latifah said, “It is with a heavy heart that I share the news my mother, Rita Owens passed away today. Anyone that has ever met her knows what a bright light she was on this earth. She was gentle, but strong, sweet but sassy, worldly but pragmatic, a woman of great faith and certainly the love of my life.”

Indeed, it is a sad time for the actress and her family. We wonder who is by her side right now at this difficult time. Recently, Latifah was not spotted with anybody, which is making people curious if the rapper is single or secretly dating somebody?

Nobody knows when they started dating, because Latifah has never been open about her relationships. However, In 1995, Latifah and her then-boyfriend Moon were victims in the case of carjacking in Harlem. Reportedly, Latifah and Moon were sitting in her BMW at the corner of Martin Luther King Jr. and two teenagers came trying to steal her car.

Moon was shot in the stomach and he was admitted to Harlem Hospital Center. He was in stable condition and was shortly discharged from the hospital.

Their relationship ended, but it is not known when or how the split with Sean Moon happened.

Reportedly, they started dating each other in 2002. Jeanette Jenkins is a fitness trainer and is the founder and president of the Hollywood Trainer fitness company.

However, Jenkins straightaway denied the rumors by stating that she is not gay. She cleared the air that she has gay friends, but she is straight. She denied talking about her personal life by explaining that her private life is for her and for the people who know her.

Latifah and Jenkins were spotted holding each other back in 2010, on a luxury yacht on Wednesday while they were on vacation in Saint-Jean-Cap-Ferrat, France.

According to sources, Latifah found love in the arms of Eboni Nichols. She is a choreographer and they dated for almost three years before their relationship ended in late 2015.

Latifah never publicly confirmed or spoke about her rumored relationship with Nichols. But the two were often spotted taking vacations together or spending quality time with each other.

In fact, in early 2015, Latifah and Nichols were seen dining at a fine restaurant in Rio de Janeiro, Brazil. They were also seen kissing each other during one of their getaways.

In an interview, Latifah said, “I don’t feel the need to discuss my private life on this show or any other show.”

Currently, Latifah is not rumored to be with anybody, so there are high chances that she is single and concentrating on her career. Last year, Latifah talked about having a child. She hinted that maybe she might adopt a child. But revealed no plans about when and how she will do it. Latifah just explained that one day suddenly they will see her holding a kid or a baby.