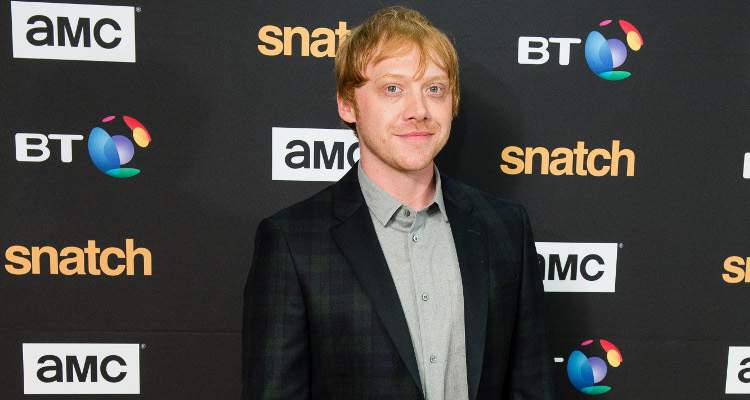 Rupert Grint charmed his way into our hearts by playing the role of Ron Weasley on the Harry Potter film series. So, it goes without saying that Rupert Grint may have a girlfriend. Who is Rupert Grint’s girlfriend? Keep reading to know who she is!

He was born Rupert Alexander Lloyd Grint on August 24, 1988, in Harlow, Essex, England. Grint was one of the main characters in the Harry Potter movie series. Luckily for Grint, he was experienced in acting in school plays and local theater groups.

At the young age of 11, Grint was cast to play the role of Ron Weasley in the movie. He acted in all eight Harry Potter movies along with Emma Watson and Daniel Radcliffe from 2001 to 2011.

Throughout his career in the Hollywood industry, Grint has worked in several other films like Thunderpants, Driving Lessons, Cherrybomb, Wild Target, Into the White, CBGB, Cross of Honour, The Unbeatables, Postman Pat: The Movie, and Moonwalkers.

Besides having a thriving Hollywood career, Grint has also dated several women. So, who is Rupert Grint dating?

Let’s have a look his dating timeline.

There is no information about Rupert Grint dating anybody right now. However, in a 2014 interview, Grint claimed that he was seeing somebody but didn’t get into the details. And, there are no public claims about that relationship.

Just because Grint is single right now, it does not mean that he never dated anybody.

Reportedly, Grint and Groome were dating each other back in 2011. But they were in an on-and-off relationship with each other, according to sources.

The couple was last spotted together in early 2017. But nobody knows for sure whether the former lovebirds were back on, or if they just met up as friends.

In 2010, there were rumors that Grint was in a relationship with actress Kimberley Nixon. They both worked together on the movie Cherry Bomb and were reportedly seen partying up a storm together during one a New Year’s Eve celebration.

Grint and Nixon were often spotted together, which led to fans speculating that they were dating. However, both parties denied the rumors.

Again, it is not confirmed if Grint dated Allen. According to sources, they met each other in 2008.

A sources said, “Lily met Rupert at the Order Of The Phoenix premiere last year where they swapped numbers and have texted each other quite regularly. After Lily’s split from Ed things changed. Rupert offered Lily a shoulder to cry on and she’s taken it.”

The source further added, “They get on really well and he makes her laugh. Last week they enjoyed a Japanese meal together in North London. Rupert drove Lily to the restaurant in his black mini and sheltered her from prying eyes. She is still dealing with the terrible start to the year she’s had to face, losing her baby and splitting with Ed, but these two would really work as a couple.”

But again, these were just speculations. The duo never confirmed their relationship to the media or fans.