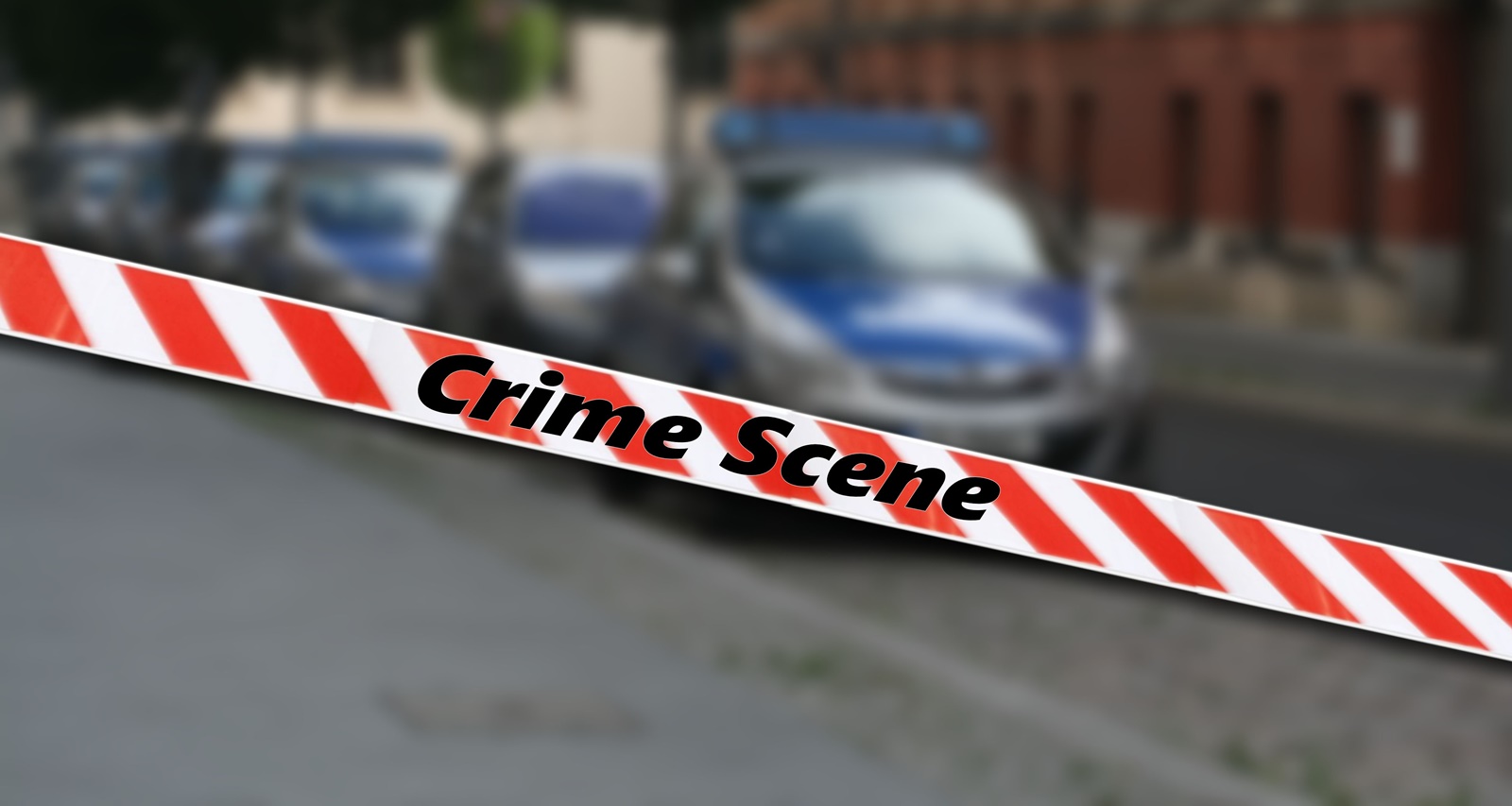 Image by kalhh from Pixabay

Oxygen’s latest gripping series, Injustice with Nancy Grace, will see the former prosecutor explore cases where justice came very late for victims. One such case is the murder of Mike Williams. The Florida native went missing in 2000 and was believed to have drowned in Lake Seminole. But many were suspicious about his disappearance. Seventeen years after his disappearance, his widow, Denise Williams, was arrested on suspicion of his murder. What happened to Denise Williams and where is she now?

Their daughter, Anslee Williams, was born in 1999. Shortly after they became parents, Mike and Denise took out a $1.0-million life insurance policy on Mike through Brian Winchester (born October 27, 1970), a mutual childhood friend.

Mike was an avid duck hunter. On the morning of December 16, 2000, he went duck hunting at Lake Seminole on his boat. However, he never returned.

Denise’s father reported him missing and an extensive search began. But there was no sign of Mike. Brian Winchester found Mike’s abandoned boat on December 17, with all his hunting equipment inside and the boat engine in the on position.

The Florida Fish and Wildlife Conservation Commission (FWC) began a search and rescue mission, believing that Mike had fallen overboard. Investigators theorized that if Mike had drowned, his body would come to surface as it usually happens.

Yet no body was found. It was speculated that alligators in the lake had dismembered and eaten Mike’s body.

Various theories about what happened abounded. Some items like Mike’s hunting license were also recovered. However, none of the items found showed any evidence supporting the alligator theory.

Also Read: Everything You Need To Know About Norma Jean Clark Case Featured in Netflix’s “Exhibit A“

Denise kept a low profile during the search for Mike. After the search ended, she held a memorial for him.

Following a court petition by Denise, Mike was declared legally dead. That allowed her to claim Mike’s insurance policies worth $1.75 million.

She raised their daughter mostly by herself while working as an accountant. Five years after Mike’s disappearance, Denise married Brian Winchester.

They continued to live in the same house that Denise shared with Mike. Winchester also raised Anslee as his stepdaughter.

They would go on to separate in 2012 and divorce in 2015. In 2016, Winchester attempted to kidnap Denise and was arrested.

Cheryl Williams refused to believe her son had drowned and alligators ate his body in entirety. She worked to reopen his investigation, including writing letters to the governor.

She even organized a private search team to find answers. Her efforts led to her becoming estranged from Denise, but Cheryl continued with the search for Mike.

The alligator theory was debunked for multiple reasons, mostly that gators don’t commonly feed in winter months. Furthermore, the hunting jacket, flashlight, and hunting license were undamaged and in working condition when they were found. They didn’t show any signs of having been in the water for as long as Mike had been missing, either.

As Mike’s disappearance began to look suspicious, his insurance policies were investigated.

In a shocking twist of events, the remains of Mike’s body were finally found on December 20, 2017. A DNA match to Cheryl confirmed that they were indeed Mike’s remains. Authorities said that it had been determined that Mike was murdered, though the specifics were not revealed.

Winchester, who was in prison at the time, was charged as well. It would later be revealed that Winchester feared Denise would spill what had happened with Mike, and tried to kidnap her to prevent a confession.

Denise Was Convicted of Mike’s Murder

According to the indictment documents, Denise and Winchester began conspiring against Mike in March 2000. Winchester allegedly killed Mike with a shotgun.

Denise was charged with insurance fraud as well. Her trial for Mike’s murder began in December 2018. Her lawyer claimed that Denise denied the accusations and said she had nothing to do with Winchester allegedly killing Mike.

During the trial, Winchester confessed to pulling the trigger, but said that Denise was the one who came up with the plot. Winchester would go on to be the star witness against Denise in the trial.

Winchester reportedly claimed that he and Denise had been having an affair behind their respective spouses’ backs since high school. He said that Denise suggested a plan to kill both their spouses since Denise’s family frowned upon divorce. But Mike refused to kill his then-wife, Kathy Thomas.

Instead, Winchester followed Denise’s plans to get rid of Mike. He said that he lured Mike to Lake Seminole the day he disappeared.

He pushed Mike off the boat, thinking he’d drown and they could pass it off as a boating accident. But when Mike resurfaced by climbing a tree stump, Winchester shot him in the face with a shotgun.

Since it wouldn’t look like an accident at that point, Winchester buried Mike’s body where it would be found 17 years later. He then made it seem like he wasn’t with Mike and had only learned of his disappearance later.

Also Read: [With CCTV Footages] George Powell Case in Netflix’s “Exhibit A”, Is he Innocent?

Winchester and Denise reportedly took it slow for years, so they could let the insurance money accrue interest and lessen suspicion.

Denise’s attorney argued that there was no evidence connecting her to the crime and it was all Winchester’s doing. But that could not save her.

Denise Williams was convicted on all charges and sentenced to life in prison.

“I don’t like having to ask the judge to put her in jail for the rest of her life, but what she did to Mike, she deserves, and I think God gave us justice,” Cheryl Williams said after the trial. “If she’s locked up forever, you can’t say you’re happy. I’m not happy because I don’t have Michael.”

Where Is Denise Now?

Since her conviction, Denise has been serving her life sentence at the Florida Women’s Reception Center.

Winchester accepted a sweetheart deal in exchange for immunity and has been serving his prison sentence at the Wakulla Correctional Institution (male) for kidnapping Denise. He is expected to be released in 2036.

Cheryl and her other son, Nick, had Mike’s remains buried in Roselawn Cemetery after a funeral service on September 8, 2018.

Five months after Denise was convicted, Anslee Williams, who was only 18 months when her father seemingly disappeared, was awarded all of Mike’s assets. Denise also signed over all of Mike’s insurance monies to avoid prosecution on insurance fraud charges. As part of the deal, Anslee was not allowed to use the money to pay Denise’s legal fees.

Since her mother’s conviction, however, she has maintained a low profile and kept much of her social media private.

It’s unclear how Anslee’s relationships with Mike’s mother and his brother fare at the moment. According to the Williamses, Denise had threatened to cut them out of Anslee’s life if they didn’t give up on searching for Mike.

They did have a semblance of a relationship with Anslee for a few years. But after a heated confrontation among Cheryl, Nick, and Denise and Brian took place in 2005, Denise reportedly made sure neither Cheryl nor her family ever saw Anslee again.

After Denise’s conviction, Cheryl said she hopes to one day reconcile with Anslee.