The Confession Tapes is back on Netflix with a new season on June 21, and we’re jumping right into the 2006 murders of Sharmon and Wayne Stock. Teens Jessica Reid and Gregory Fester were found to be the real murderers. But not after two innocent men, Nick Sampson and Matthew Livers, were wrongfully convicted. We’ve got more insight into the case that will feature on The Confession Tapes, right here. 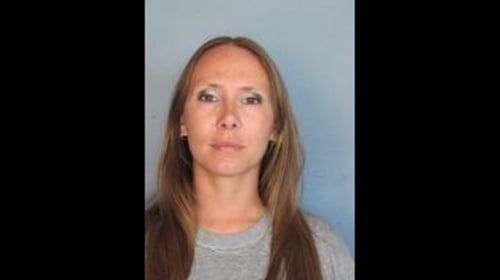 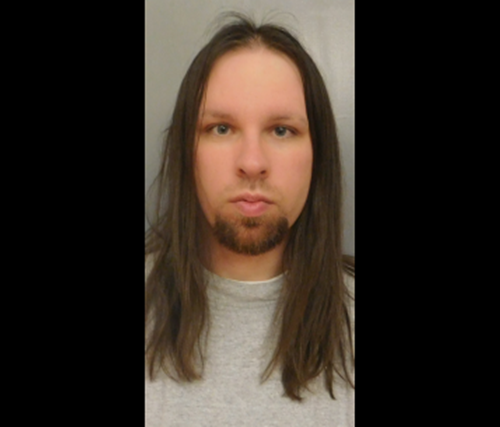 The Murders of Wayne and Sharmon Stock

Wayne (born July 4, 1947) and Sharmon Stock (born July 25, 1950), a couple living in a farmhouse and well-liked in their Murdock, Nebraska community, were found by their son, Andrew Stock, brutally murdered on April 17, 2006. They had been shot in the head with a shotgun at close range.

Investigators found no signs of robbery. But to one crime scene investigator at the Douglas County Crime Lab, David Kofoed, it looked like a revenge killing by someone close to the Stocks.

His deduction led to the detention and questioning of Wayne Stock’s nephew, then-28-year-old Matthew Livers who was allegedly angry with the deceased couple over money issues.

Livers agreed to take a polygraph test—that he was told he failed—and repeatedly denied any wrongdoing. However, after several hours of police interrogation, Livers confessed to the murder and also implicated his cousin, Nicholas Sampson (born 1984).

Witnesses claimed to have seen a speeding tan car the night of the murders that appeared to match the vehicle Livers said he and Sampson were driving that same evening. Investigators said the cousins’ car was taken to a carwash hours after the murders took place. But physical evidence such as DNA and blood didn’t link the two men to the crime scene.

So the authorities tasked Kofoed with finding evidence that proved Livers and Sampson committed the murders. Kofoed, who had a reputation in Nebraska for finding overlooked material at crime scenes, checked Livers’ car.

Earlier processing of the car had turned up nothing. But during his inspection, Kofoed found a drop of blood. With much haste, Livers and Sampson were charged with the double-homicide of the Stock couple.

Yet neither Kofoed nor any other investigator could tie a crucial piece of evidence to the two accused—a gold ring that was found on the kitchen floor at the crime scene. It didn’t belong to the victims or the alleged murderers.

Christine Gabig, an investigator with the Douglas County Crime Lab, was working on tying up the loose end that was the gold ring. The piece bore the inscription: “Love always, Cori and Ryan,” as well as a jeweler’s mark, which she traced to a New York-based company.

When Gabig called the company, it had only just gone out of business and staffers were cleaning up the office. A day later, and she’d have lost the most crucial piece of evidence in solving this double-homicide.

Through the company, she traced the owner of the ring to a man named Ryan in Wisconsin. But the ring, and Ryan’s red pickup truck, had been stolen two days before the Stocks were murdered.

In Wisconsin, two teens, then-17-year-old Jessica Reid and then-19-year-old Gregory Fester, were in custody for stealing the truck.

Jessica Reid, born February 22, 1989, was an honors student who fell in love with troublemaker Gregory Fester, born February 21, 1987. Together, the couple embarked on a drug-fueled, multi-state crime spree during which they killed Wayne and Sharmon Stock.

Kofoed Accused of Being a “Dirty Cop”

The ring and two other pieces of evidence from the crime scene contained DNA belonging to both Reid and Fester, along with blood from the victims. The teens gave videotaped confessions of killing the Stocks during a random robbery late at night on April 16.

But investigators were still trying to prove that Livers and Sampson were also connected to the murders. For them, Livers’ confession and blood specimen from the car proved they had something to do with it.

Reid later stated that investigators were trying to pressure her into admitting the two men were involved in the murders. She briefly implicated them, but recanted that statement immediately.

All sorts of questions emerged about the initial investigation. Why did Livers confess? And why was there blood from the crime scene in Livers’ car?

It was then that Special Prosecutor Clarence Mock claimed the blood specimen was evidence planted by David Kofoed to implicate Matthew Livers. Soon, the case built against Livers came crumbling down.

Mock said that the polygraph test Livers failed was incorrectly scored. Additionally, according to school records and an IQ test taken months after his arrest, Livers is intellectually disabled and could be easily manipulated to confess to a crime he didn’t commit.

According to Mock, Kofoed was convinced Livers and Sampson were the murderers. But with no evidence to prove it, he planted the blood in the car to bolster a case against them.

Kofoed denied the accusations and was initially not found guilty of “misdating a report.” But a second trial with more comprehensive charges led to him being found guilty of falsifying evidence. He was sentenced to 20 months to four years in prison and his previous cases are being reexamined.

He still maintains his innocence, claiming that a test kit used at the crime scene was the same one he used during his inspection of the car, and it had been contaminated.

Where Are Livers and Sampson Now?

Jessica Reid and Gregory Fester were sentenced to life in prison for second-degree murder in 2007. Reid is currently housed at the Nebraska Correction Center for Women and Fester is at Lincoln Correctional Center. Both are up for parole in 2027.

Reid’s attorney claims that she has turned over a new leaf in prison. She joined Bible studies back in 2007 and was pursuing her GED.

Livers and Sampson were acquitted and later filed a lawsuit against Nebraska law enforcement officials for alleged police misconduct and falsifying evidence. Livers agreed to a $1.65 million settlement, while Sampson received $965,000—a total of $2.6 million—in 2013.

As of 2013, Livers had moved to Texas and was working as a truck driver. Sampson was still living in Murdock.

After settling the case with state and county law enforcement, they filed a civil suit against Kofoed. However, in 2018, a federal appeals panel overturned a 2016 court decision that Douglas County’s insurance carrier, St. Paul Travelers Cos., was liable to cover Kofoed’s liability and pay $5.0 million to Livers and Sampson.

The Stocks are survived by their children, Tami Vance, Andrew Stock, and Steve Stock, all of whom who live in Nebraska with their spouses and children.