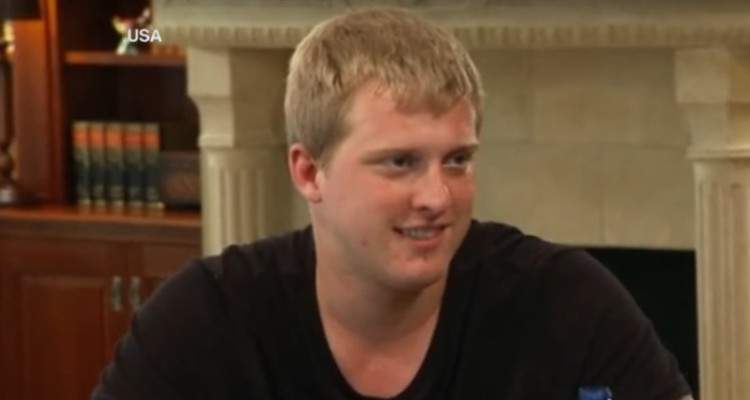 It looks like Kyle Chrisley, the eldest son of real estate mogul Todd Chrisley, turned his life around. He appeared in the first season of the reality TV series Chrisley Knows Best, but was later removed from the show by his father. In an interview in July 2017, Kyle claimed that he has been off drugs for over four years now, and wanted to start a family with his wife, Alexus. He is living in a brand new Georgia home, and said he moved on and is happy with life.

There is good news for the fans of Chrisley Knows Best, as the show will soon be back for its sixth season. The series chronicles the lives of wealthy Georgia real estate tycoon Todd Chrisley and his family. While the show used to be filmed in Roswell and Alpharetta, Georgia, it is now being filmed in Nashville, Tennessee.

Where Could He Be Now?

According to sources, the sixth season of Chrisley Knows Best will feature the entire family. Viewers will be happy to note that Todd and Julie Chrisley’s granddaughter, Chloe will be back for season 6. People are thinking about Chloe’s father, Todd’s son Kyle Chrisley, and wondering about his whereabouts. What happened to Kyle Chrisley? Where is Kyle Chrisley now?

Kyle Chrisley is the eldest son of Todd and his former wife Teresa Terry. He fathered Chloe with his ex-girlfriend, Angela Johnson, in 2012. Kyle is now married to Alexus Whilby-Chrisley and lives in their dream-like new house in Georgia.

Kyle admitted to being a former drug addict, but revealed that he has been sober for over four years. He is thrilled to be living in his brand new home with Alexus and said, “I never would have dreamed that I would own a 3,000-foot house and we are just so blessed.”

He also said at the time, “I cannot wait to start a family with my wife once we are all settled in. She is my best friend and is going to make a great mother.” Kyle appeared on the first season of Chrisley Knows Best, but was later removed from the show by his father. Though the two had a falling out, Kyle now seems to be in a better place.

Letting Go of the Past

Kyle said that he is happy with his present and added, “I do not talk to my family but I wish them nothing but the best. I have moved on with my life. I am just going to be the best father and husband I can be.” Chloe lives with Todd and his wife Julie, who have custody of her, something Kyle has accepted, “I have an amazing career and a wonderful life today and would not change a thing.”