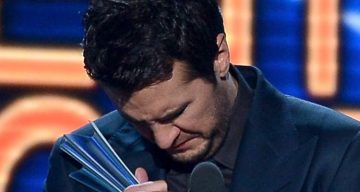 Luke Bryan is all set to become a judge on the reboot of American Idol, which will premiere in March 2018. Recently, the country star opened up about how he lost three loved ones in devastating accidents is now taking on the parental responsibilities of his nieces and nephew. Keep reading to know more about Bryan’s brother’s and sister’s death and how his life has changed since.

Luke Bryan endured quite a lot on his journey to becoming a top country artist. He lost two siblings, and just when he thought everything was going to be okay, Ben Lee Cheshire, his late sister Kelly’s husband, also passed away, leaving their three children (Luke Bryan’s nephew and two grown nieces) without parents. Without hesitation, Luke Bryan and his wife Caroline decided to take in all three.

Here are the details behind how Bryan’s brother and sister died.

How Did Luke Bryan’s Brother and Sister Die?

Chris, Kelly, and Luke Bryan were born in rural Leesburg, Georgia, to peanut farmers, Tommy and LeClaire Bryan. He was 19 years old when his big brother tragically died in a car accident.

“When Chris passed away I was 19 years old, fixin’ to chase my dream, it just totally rocked our family’s world, rocked my world,” Bryan said, remembering his older brother.

He was supposed to leave for Nashville, Tennessee to pursue a career in music after high school. But tragedy struck, so he stayed back with his family to support them.

After his brother’s death, Bryan went to Georgia Southern University. He graduated in 1999 with a Bachelor’s degree in business administration.

Bryan had another shot at the music industry, but wanted to stay behind to work at his family’s farm during the day, and continue to sing in bars at night. So, Bryan’s father decided to fire him so that he could pursue his music career.

In 2007, Bryan went to Nashville and gained success as a singer and songwriter. When he was going to play at the Grand Ole Opry, his sister invited 129 people for the show!

Another tragic incident struck the Bryan family after the performance. A few days later, his sister died in their home, but her cause of death is still a mystery.

Bryan said in an ABC interview, “My only older siblings…gone from the world, in a flash in two, two different, crazy, tragic manners, that…we’ll never know, and never understand.”

Why Did Bryan Take in His Sister’s Children?

Kelly Bryan was married to Ben Lee Cheshire and had three kids with him named Kris, Jordan, and Tilden. Just as the Bryan’s were recovering from the heartache of the tragic losses, Cheshire died of a heart attack in 2014.

Cheshire left behind his three children, but Luke and Caroline Bryan were quick to take in their nieces and nephew.

Caroline Bryan said, “We never thought twice about it, you know, it was never something that he and I had to sit down and talk about. ‘Should we take this on?’ We just did that.”

The couple have two sons of their own—Thomas and Tatum. Luke Bryan’s Instagram posts show how much he loves all his kids, and how he has overcome some very painful losses.

Kris and Jordan Cheshire are now in college, and Tilden James Cheshire is looking to make his life successful.

Luke and Caroline Bryan are making sure that their children get all the love and affection they deserve, and  look like one big, happy family.