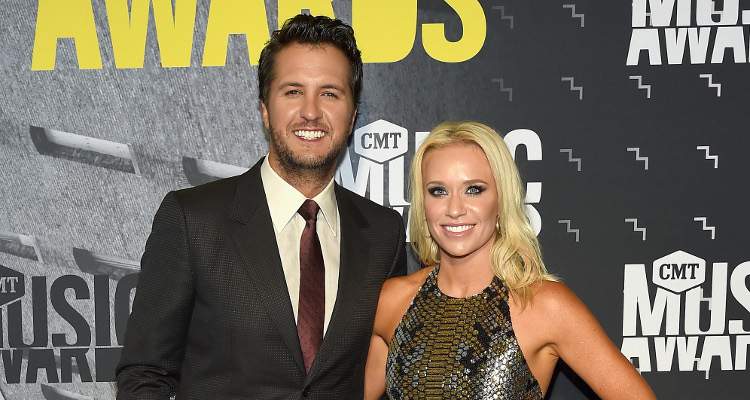 We’re only two episodes into the newest season of American Idol, and Luke Bryan is already a fan-favorite judge! The handsome country music star is stealing hearts—but sorry ladies, he’s taken! Luke Bryan’s wife is Caroline Boyer, and we’ve got the scoop on her, right here.

They say behind every successful man is a woman. And for Luke Bryan, his beautiful wife Caroline Boyer, fits the bill perfectly!

The couple has been married for over 10 years now, and Boyer is often seen alongside her husband at country music events. However, they have also experienced some heartbreaking tragedies over the past few years.

So, how did Luke Bryan meet Caroline Boyer?

Keep reading for more details about this sweet couple with details from Caroline Boyer’s wiki.

According to sources, Caroline Boyer’s net worth is estimated at around $7.0 million.

Boyer is Bryan’s biggest supporter. She often accompanies her husband on the red carpet at music’s biggest parties.

Luke Bryan’s fans may also remember Boyer’s appearance in the music video of his 2013 hit song, “Crash My Party.”

You can check out the video here:

How Did Luke Bryan and Caroline Boyer Meet?

The couple met when they were students at Georgia Southern University. Bryan was a senior and Boyer was a freshman when they met at a local bar called Dingus Magees.

“It was love at first sight with Caroline – those blue eyes of hers. I knew that, no matter what, I was going to make my way over to her,” Bryan shared in an interview with Good Housekeeping.

But it wasn’t all “happily ever after” at first. The couple broke up for five years after college, but then rekindled their romance and got married in December 2006.

Bryan emphasized the importance of communication in a relationship and said, “We don’t have big throwdown fights. If we have a beef, we always talk it out instead of letting it snowball.”

One of the things the couple does together is “have coffee in the morning, just Caroline and me.”

Bryan and Luke are parents to two boys named Thomas Boyer Bryan and Tatum Christopher Bryan. They are also raising Bryan’s sister’s son, Tilden, and her two daughters, Jordan and Kris, after both their parents passed away.

This goofy pic of the two of them is our favorite!

Both Bryan and Boyer have experienced painful loss over the years.

Luke Bryan’s brother died in a car accident when the country star was only 19. Then in 2007, Bryan’s sister, Kelly, suddenly passed away.

Bryan’s brother-in-law then died in 2014, leaving the couple’s three children parentless. Bryan and Boyer, as two people with the biggest hearts, didn’t hesitate to take in their nieces and nephew.

Also Read: What Happened to Luke Bryan’s Brother & Sister? How Did They Die?

“Obviously my nieces and nephew, they didn’t ask for this,” Bryan told People in 2015. “Their life was amazing before Caroline and I took a more prominent role, even after losing their mother. Now my focus is trying to do what we can to help them.”

Bryan also spoke about the importance of holding on to his faith in the midst of tragedy and said, “I think with everything that’s happened in my family, I just have to lean on my faith and the understanding that God has a plan for all of us.”

“We just wake up every day and do our best. I’ll get down in the dumps, and then I’ll meet a Make-A-Wish kid, and I’ll ask myself, ‘What are you complaining about? You just have to keep your faith strong and rock on.’” Bryan added.

Caroline Boyer also lost her seven-month-old niece in 2017. She set up “Brett’s Barn” in her memory to help other children.

This Bumble Bee….love it, love it! Thank you @chadjamesgroup for your help. So appreciated. Some awesome things are in the works for my precious niece and many other children. ?#brettsbarn #brightforbrett