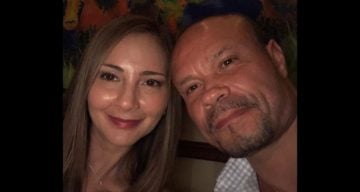 Political commentator Dan Bongino revealed some personal news on the latest episode of his show. Bongino has had health struggles in the past, but this might be one of the gravest things he’s gone through. What happened to Dan Bongino? Fans noticed an abnormality on his neck, and when he had it checked, the doctors didn’t have good news for him. He’s already had to reschedule a few television appearances, and fans are extremely concerned for his health.

But it had been concerning to his followers when he wasn’t seen on his usual TV spots this week. It was also a matter of concern for fans, as well as family and friends, who had begun to notice something unusual on his neck.

On his radio show on September 23, Bongino confessed that some people had pointed out a lump on his neck. However, he hadn’t paid attention to it or had it checked out, which was a mistake.

Also Read: Social Media Star Zaywoah Dead: Who Is He?

Bongino has dealt with lipoma for most of his life. It’s a condition where a fatty lump develops under your skin. While he’s been treated for lipoma many times, it has never been life-threatening for him.

He initially brushed off the lump on his neck as lipoma. But with encouragement from his wife, Paula Bongino, and upon the advice of a doctor friend, he consulted a radiologist.

The results of his MRI weren’t good. Getting emotional on his radio show, Bongino revealed that the lump is a tumor, seven centimeters long and wide as of the latest tests.

Bongino said they don’t yet know if the tumor is malignant or benign. It is, however, in a tricky spot near his carotid artery and vocal cords.

The MRI also revealed that Bongino has a degenerative neck disease in his C5 and C6 vertebrae. Bongino is unable to move his neck much because of the illness.

Also Read: Who Is DJ Boof from “The Wendy Williams Show”? What Happened to Him?

Even more concerning is that the doctors found another growth in another area of his body. Bongino didn’t specify the location or severity of it.

He had only found out about the tumor the day before recording the episode. He didn’t give any details about a treatment plan, but he’s assured everyone that he will be fighting it.

He assured fans that they won’t be missing him just yet. He will resume his TV appearances soon and is recording episodes of The Dan Bongino Show.